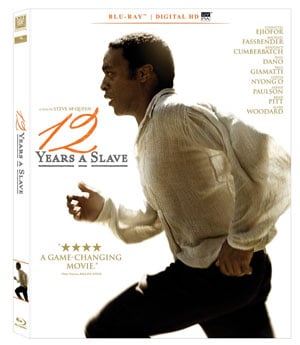 This year’s Best Picture winner, 12 Years A Slave, is a tough one to watch but it’s a film that deserves to be seen at least once.


12 Years A Slave is based on the true story about Solomon Northup (Chiwetel Ejiofor). Solomon is a freed African American from New York who has a wife and children. He’s tricked by 2 men who pretend to offer him a musician job, but they end up drugging him and selling him into slavery in Louisiana. Solomon is renamed “Platt,” a runaway slave from Georgia. “Platt” quickly learns how things are and how everyday is a dangerous one. He starts out with a benevolent slave owner (Benedict Cumberbatch) but things turn worse when Northup gets into a fight with a carpenter. He’s then sold to an evil plantation owner Edwin Epps (Michael Fassbender) and just tries to find a way to survive and get out of this hell every day.

As soon as I heard of 12 Years A Slave and it’s early praises, I knew it going to do well during award season. Looks like I was right but I finally had the chance to see the movie and think it was justified with all of it’s winnings. The film itself is tough to watch and gave me knots in my stomach most of the time. The non-stop racism plus the torture scenes leaves a sour taste in my mouth but that’s how it was then so it had to be shown. This movie won’t be liked by some for that reason alone. After seeing the movie, I felt like I just been at a funeral and felt like I got hit by a train. If you don’t shed a tear at some point in this movie, you really don’t have a heart.

Chiwetel did an amazing job with the role, and Michael Fassbender played a piece of shit very well. I thought Lupita Nyong’o role was somewhat limited but she still does a great job with the screentime. Steve McQueen’s direction was excellent and Hans Zimmer’s score is noticeable (in a good way). The only complaint I had was during the scene with Paul Dano, the music got really loud and distracting. I understand what Zimmer was trying to do but I think he should have toned down that particular part in the score.

The Blu-Ray special features include featurettes called A Historical Portrait, The Team and The Score. A Historical Portrait is great because Chiwetel narrates parts of 12 Years A Slave book by Solomon Northup, and then there’s interviews and discussions about certain scenes in the movie. The Team and The Score is featurettes on the crew and on the composer Hans Zimmer. There’s about an hour of bonus material

There has been many movies about slavery but 12 Years A Slave seems like something different. It’s a story we haven’t heard about really, even though the book has been out since 1853. I don’t think the movie is the type of movie where you want to watch it over and over but it’s an important one that needs to be seen.

Features
A Historical Portrait: Explore Director Steve McQueen’s Unique Artistry In Bringing This Remarkable Story To Life In This Documentary Including Cast And Crew Interviews
The Team
The Score
Audio/Video

Bottom Line: A tough movie to watch but it’s worth it in the end
Running Time: 134 mins
Rating: R
Extras Rating:
Overall Rating: