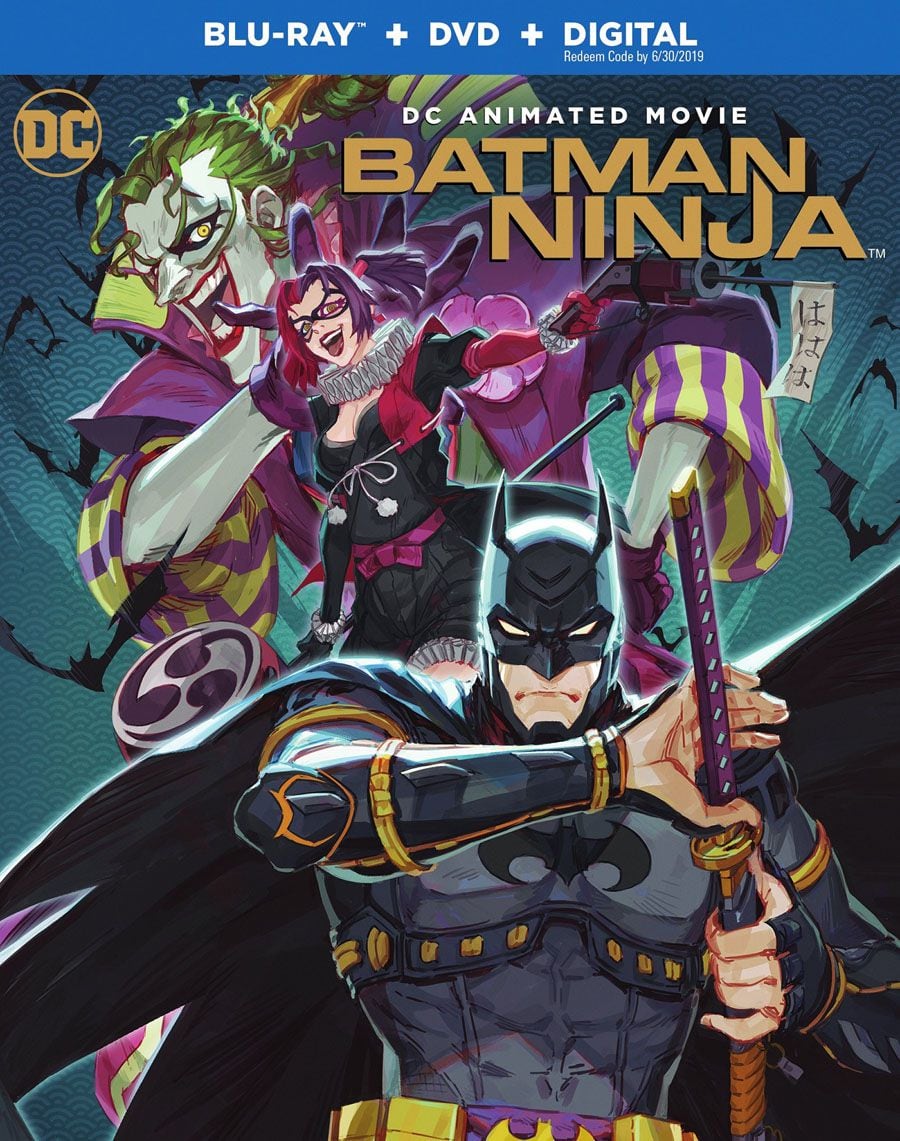 Caught in a time machine created by Gorilla Grodd, Batman as well as a host of Bat-family members and Bat-villains get caught in a time portal and end up in feudal Japan. I’m not making that up.

“Batman Ninja” has Warner Bros. teaming up with legendary director Junpei Mizusaki for a unique reimagining of the Batman universe. Character designs were created by the man behind “Afro Samurai” Takashi Okazaki. I have to give credit where credit is due for DC and Warner Bros. having the guts to allow Batman to be reimagined in this way for one of their animated movies. “Batman Ninja” is one of the most creative and unique visions of Batman and friends that I have seen in a long time…no matter how weird and cringeworthy it can be at times.

Certain things have some basis on feudal Japanese history whether it’s the warlords that ruled sections of Japan at the time in which the villains such as Joker, Poison Ivy and Two-Face defeated to take their place or whether it’s the basis for certain armor worn by said villains when they get to Japan. Things not based on real life people, events or things are the giant robot castles that the villains magically build to fight one another or the tiny monkeys that join together to form a giant monkey.

As I mentioned before, there are a lot of things that seem weird and quirky from an American perspective such as the stereotypical use of giant robots in everything, the odd dialog and pacing of certain scenes such as the major battle at the end as well as the over-the-top character designs that aren’t explained to anyone not familiar with Japanese culture and pop culture. I’m sure that those in Japan have a hard time grasping a lot of our super heroes and pop culture infatuations as well.

While the animation is vibrant and extremely detailed, I wasn’t a fan of the computer generated look to everything. I also wasn’t quite feeling Tony Hale’s hyperactive take on the Joker/Demon Lord Joker. I supposed that was to fit the mold of a typical Japanese protagonist but pairing him with Harley Quinn who acted exactly the same was too much to bear at times. I thought that Roger Craig Smith did a decent job with Batman but at times was overly stoic even for the Dark Knight. I did enjoy the beautifully rendered scene in the middle of the movie in which the animation was more static and felt like it was being ripped directly from ancient Japanese scrolls. I also enjoyed seeing the overly exaggerated look of the Red Hood with his four foot tall red basket on his head in this sequence.

All that I can honestly say about “Batman Ninja” is that it is not for everyone. Some fans may scream blasphemy at the liberties taking with the license while others will be able to easily accept the changes due to the fact that the Batman universe is weird as it is or that they are fans of anime and manga in general and will be thrilled to see the two universes combine for the first time. Myself personally, I’m a casual fan of Batman and an even more casual fan of anime in general so, although I did get a laugh out of the oddball weird and quirky feel of the movie and the character designs were amazing for the most part, “Batman Ninja” just didn’t really click for me.

The idea of anime Batman is unique, but it has been done before with Marvel’s anime adaptations of Wolverine, Blade, Iron Man and the X-Men, which I prefer because they’re much more grounded in their takes. If you’re looking for a Batman story that is more in line with “Voltron” or “Battle of the Planets”, then “Batman Ninja” will be just the thing you’re looking for.

Bottom Line: If you were ever wondering what would happen Batman, Alfred, Nightwing, Robin, Red Robin and Catwoman traveled to feudal Japan to fight Demon Lord Joker, warlord Two-Face, sumo Bane and a slew of other villains that somehow built giant robot castles in ancient times but were defeated by little monkeys that form a giant monkey and then form with bats to form a giant costumed Batman…then you need to watch this movie. Nuff Said.
Running Time: 85 Mins
Rating: PG-13
Extras Rating:
Overall Rating: