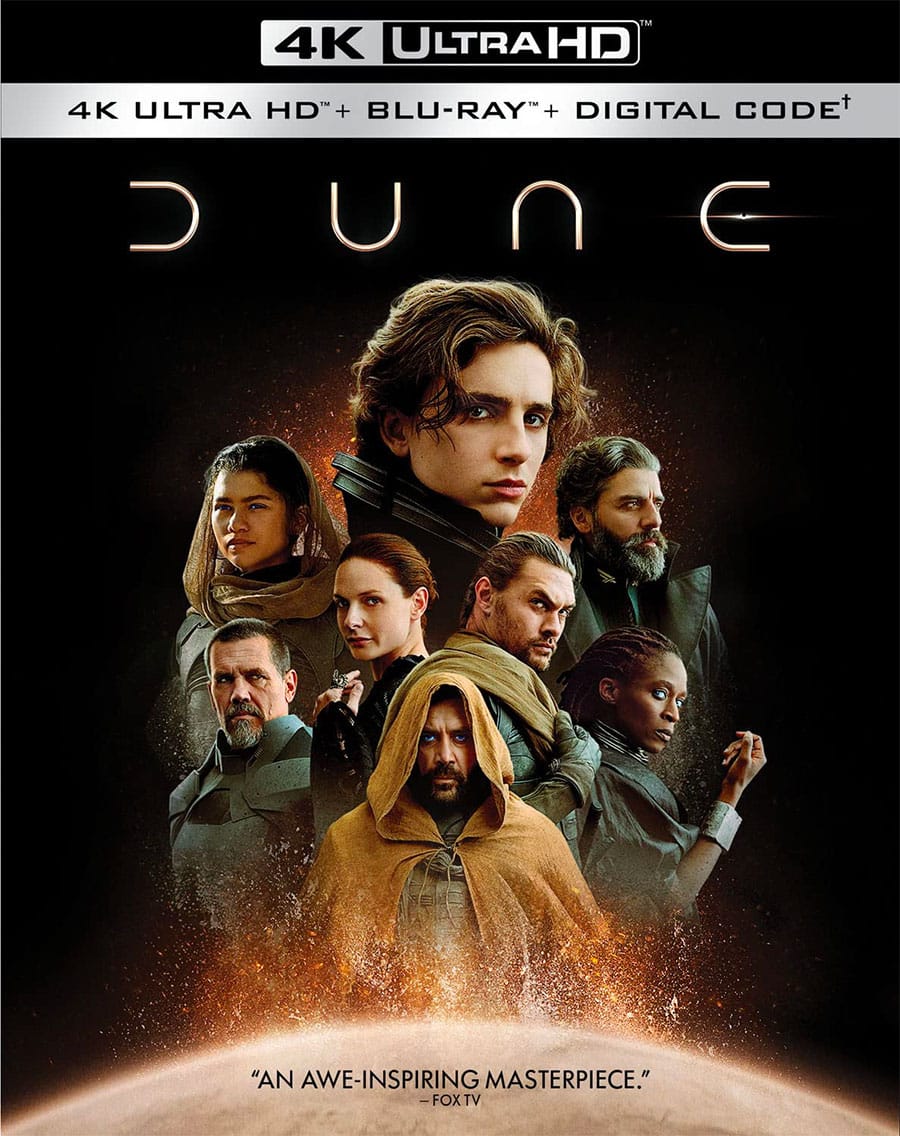 One of the most popular sci-fi books, Dune, has been remade again. Denis Villeneuve has directed a visually stunning film but at the same time, felt like I started the movie halfway through.

Dune is a 2-part movie, which you don’t realize until you start it. It’s based on the 1965 novel by Frank Herbert. It’s obviously set in the future and focuses on Paul (Timothée Chalamet) and his family, the noble House Atreides as they set off to settle on the inhospitable desert planet Arrakis. It’s all about the spices and everyone is willing to kill for it. Paul learns to use and control his mental powers that he gets from his mother, Lady Jessica (Rebecca Ferguson). He surrounds himself with a lot of advisers and guards, training to become the next Duke of the house. Well things happen, there’s giant sand worms that look like anuses, locals willing to fight for the spice, other houses trying to kill each other, flying butterfly-looking ships, weird characters, a Hans Zimmer score that makes you want to put earplugs in while watching and you got yourself a sci-fi movie.

I never read Dune or really watched the David Lynch movie (any cuts). I might have tried to read Dune at one point and didn’t get too far with it. A lot of people said it was something that couldn’t be translated well to screen. Denis certainly took the challenge to heart, the same goes with Hans Zimmer as well. I’ve joked saying this movie felt like it started halfway through, but I definitely got the idea on what was happening for the most part. It’s definitely a movie you’ll have to watch more than once, especially this is now being called Part One. So in a way, this feels incomplete.

The acting was top notch, as it should be with this stellar cast. Timothée Chalamet proves he can be leading role material, and Jason Momoa still proves he’s a badass with the roles he plays. Rebecca Ferguson’s Lady Jessica character was interesting to me, and the dynamic between her and Paul was one of the strongest elements of the movie. I liked the character that Josh Brolin played, but I’m having a hard time trying to figure out if he survived or not. Guess book readers would know the answer to that or a simple glance at Wikipedia. Zendaya felt wasted in this movie like Luke Skywalker felt wasted in The Force Awakens.

The sci-fi elements of the movie were cool and this definitely felt like that type of movie. A Blade Runner type. The sand worms look eerie and scary, as they should be. The fighting scenes were cool and the scope of the battles were impressive. The score from Zimmer fits with the movie but as a hardcore fan of his, I have a hard time listening to the score outside of the movie. I had a feeling Denis would excel in this style of sci-fi movie, especially with him doing Arrival and Blade Runner 2049. I wonder if he’d ever do a Star Wars or Marvel movie?

The special features are located on the Blu-Ray disc and there’s a bunch of stuff to watch. There’s behind the scenes featurettes, filmbooks and inside Dune. Each one of those has smaller chapters to view. There’s a helpful one about the Royal Houses, a cool one about Duncan and that fight sequence, a few visual ones that show how they did things and of course one about Hans Zimmer’s unique score. Then there’s stuff that goes deeper into a few scenes, or characters. All in all, some good stuff to watch after seeing the movie.

Dune looks and sounds great but doesn’t change the fact that the story is confusing at times. I blame the source material more than anything, just based on what other people have thought about the book from over the years. I’m not sure if the book is like this or not, but the movie feels like it started a half hour into it. It took awhile for me to get into it but I definitely appreciated it by the end of it. By that point, the movie was over and you wanted to see what would happen next. Hopefully Part 2 will flow better and the overall story will make sense.

Features:
Behind-the-Scenes Featurettes
-The Royal Houses
-Building the Ancient Future
-My Desert, My Dune
-Constructing the Ornithopters
-Designing the Sandworm
-Beware the Baron
-Wardrobe From Another World
-A New Soundscape

Inside Dune
-The Training Room
-The Space Harvester
-The Sardaukar Battle