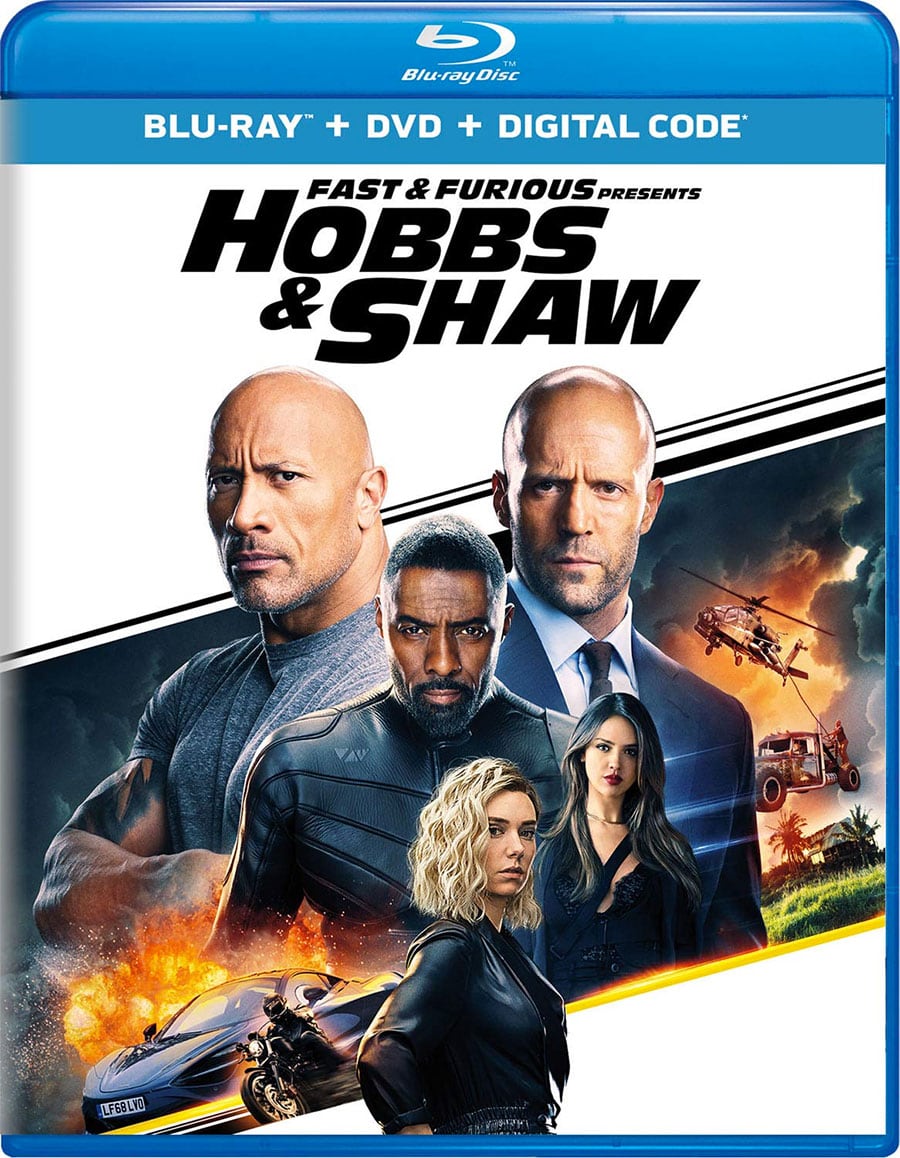 If you’re looking for a fun action movie, look no further than Hobbs & Shaw. It’s funny, entertaining and doesn’t take itself too seriously.

Luke Hobbs (Dwayne Johnson) and Deckard Shaw (Jason Statham) must put their quips and differences aside, and work together to take down a terrorist Brixton Lore (Idris Elba) with superhuman abilities. Deckard’s sister Hattie Shaw (Vanessa Kirby) is on the run from Brixton and must turn to Hobbs and Shaw to stay alive and keep the virus out of Brixton’s hands. I don’t know, just watch the movie. Trying to explain the plot for an action movie like this can be silly.

I wanted to see Hobbs & Shaw in theaters but with most movies, if it’s not Marvel or Star Wars, I’m most likely not seeing the movie in a theater. Like I knew I would, I really enjoyed the movie and was laughing a lot more than I thought I would. I wasn’t always a Fast & Furious fan but think I came on board when Dwayne Johnson joined the franchise. At least that’s when I think the franchise took a turn in the right direction. It sucks the cast members are bickering and feuding but at least this spin-off is fun. This wasn’t a huge box office win for Universal but not sure they lost a lot of money. Don’t think it will make them fast track future sequels though which is a shame since I liked this a lot.

I loved the buddy cop feel to this movie, even though Shaw isn’t really a cop. He was a bad guy for some movies, which I’m still trying to put my head around. Are they ever going to explain why he killed that one Asian dude? Having Statham and Johnson teaming up for a movie is a good idea though, and the banter between the two was great. Some of the jokes and stuff they do to each other had me chuckling out loud. I think the funniest was Shaw making Hobb’s fake name at the airport something he wasn’t going to like. Plus little things like their characters ejecting themselves too early for missions, or fighting over which hallway to fight in because they know there will be more men in that hallway. It’s hard not to like both Dwayne Johnson and Jason Statham and hope they make more movies together. They really have taken over the mantle from Arnold between the two of them.

What’s even better are the cameos, which in a way make the movie. You got Ryan Reynolds as a CIA agent and Kevin Hart as an Air Marshall. Rob Delaney was in the movie for a scene too. I’d love to see an action buddy comedy with Ryan Reynolds and Dwayne Johnson next because those two would work well together I think. Or just expand on his role for this franchise and have him in the next one? Having Vanessa Kirby as Shaw’s sister was good too. She’s beautiful, badass with the fight scenes and can keep up with the likes of Johnson and Statham.

The special features include a bunch of deleted/alternate/extended scenes, some featurettes, commentary and some other goodies. The deleted scenes were about half an hour and showed us a lot of stuff, including some things that should have been left in the movie. After that, the other featurettes were short but still gave you enough if you’re craving that stuff. There’s a lot to check out after you see the movie so definitely don’t skip over that section on the Blu-Ray or Digital HD.

Hobbs & Shaw is a fun and entertaining action movie that makes me think of the action buddy comedies of the 90s. A lot of the time I was laughing at the jokes in the movie, and just enjoying the ride. I’d love to see a sequel but who knows if that will happen but then again, I didn’t think we’d be up to Fast & Furious 60 already.