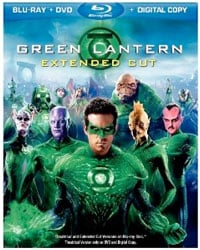 I really had no desire to see Green Lantern in theaters. It just didn’t look that great and way too cartoony. After finally seeing it on Blu-Ray, it’s not as bad as I thought it would be. There’s still a lot I would change or do differently though.

Green Lantern is about Hal Jordan, a test pilot is selected to become the first human to be in the intergalactic police force Green Lantern Corps. Hal Jordan is summoned by a magical ring to succeed Abin Sur, a Green Lantern, who is wounded battling an escaped monster thingie called Parallax. Hal is sent to the Green Lantern Corps planet Oa to get a crash course in training from various other Green Lanterns. Hal encounters Sinestro, who is cynical about a lower species like a human becoming a green lantern. Back on Earth, Hal has to overcome his fears, win the heart of his childhood friend, and stop an evil scientist who gets infected with parts of Parallax from Abin Sur’s body.

I literally had no expectations with Green Lantern. It didn’t outright suck but wasn’t the greatest either. The film suffers from lack of action, the acting (mainly Blake Lively) and more importantly too much CGI. The problem with the majority of the movies these days is there is too much CGI being used and the story ends up suffering. Either the CGI becomes too much of a distraction or doesn’t look up to par with other movies. Unfortunately I think Green Lanterns suffers from both. The CGI was distracting at times, where it just takes you out of the movie. The scenes on Oa planet look just too CGI-ish. I’ll admit that the movie does look better on Blu-Ray than it was looking on the TV commercials and previews. But think something could have been done to have less CGI in the movie. Parallax looks like a jumbled pile of shit; that’s perhaps the worst thing about the movie. The one thing I did like was the Green Lantern ring effects though. Most of them looked cool.

Ryan Reynolds was perfect as Hal Jordan I think. He looks like the comic book character, and looks it even more when he’s the Green Lantern. While everyone loves Blake Lively, I think she looks ok but a very bad actress. She looks better as a brunette. Peter Sarsgaard played creepy very well and Mark Strong was cool as Sinestro. If you go back to my Rock n Rolla review, I said he was going to be seen in a ton of movies and looks like I was right!

The Blu-Ray offers a maximum movie mode on the theatrical cut that has featurettes, picture in picture commentary, bios, galleries and other things. Plus some featurettes on the Green Lantern comics and story, deleted scenes, and how Ryan Reynolds became the Green Lantern. The deleted scenes weren’t that bad and was about 7 minutes long. I liked the featurette with Ryan Reynolds and showed what he had to do for certain things. Obviously he worked out 6 days a week with a body like that. He had to sit in a chair for hours while they covered his head with molding. I think if I did that I would have panicked and freaked out.

Green Lantern is entertaining but could have been better in a lot of areas. The Dark Knight and other comic book movies have raised the bar and I don’t think Green Lantern has come anywhere near it. With that said, it’s still a decent movie to just put on a boring Sunday afternoon. 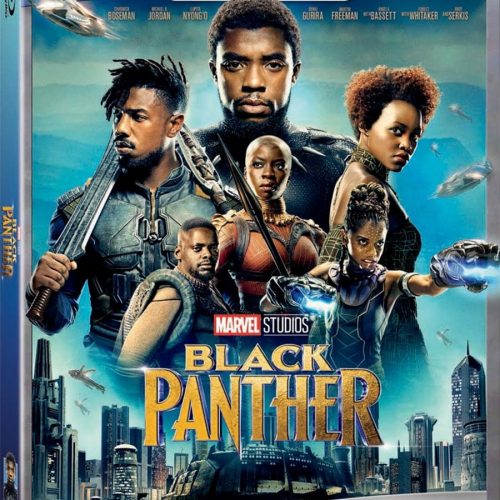