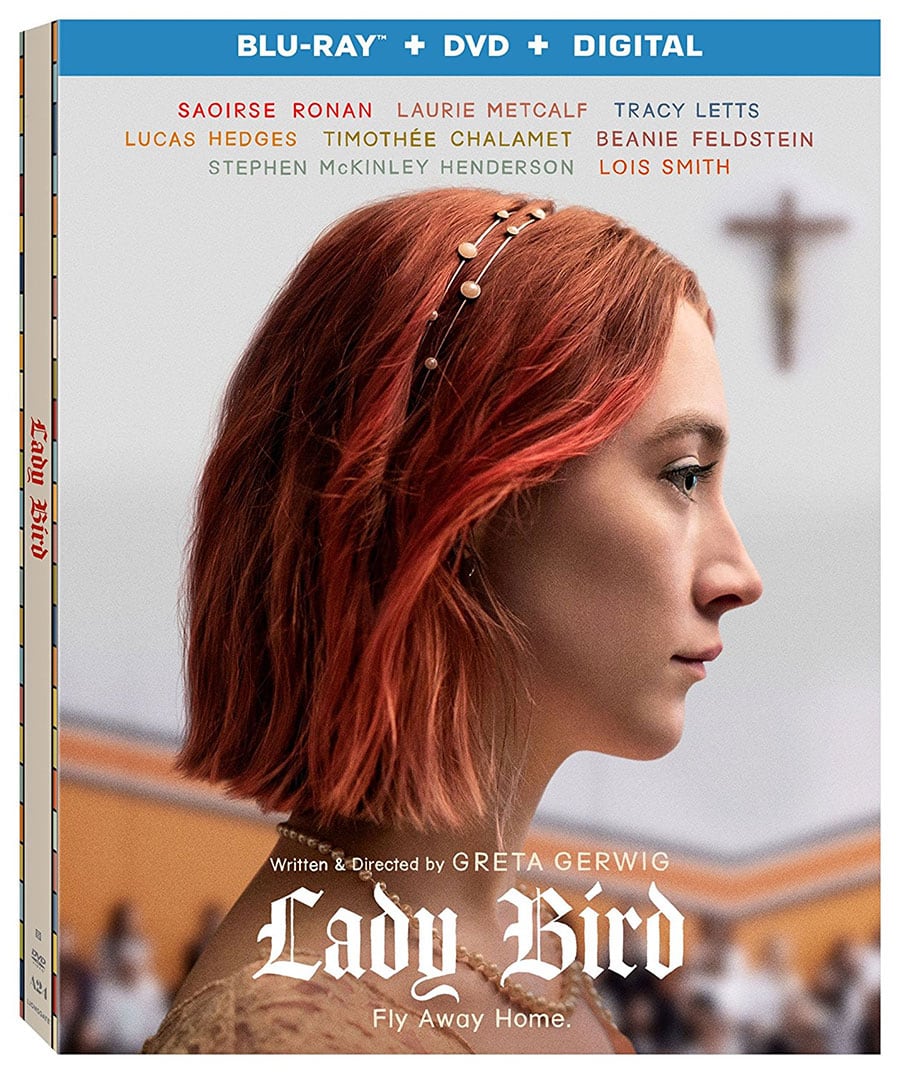 Lady Bird is one of the Academy Award Best Picture nominated films this year and it’s a pretty good. Is this the only Oscar nominated movie that features a Reel Big Fish song? It has to be! While I can appreciate everything from the acting to the writing/directing, I guess I couldn’t really relate to the story as much as some people might. It’s still a very good movie though.

The movie is about Christine “Lady Bird” McPherson (Saoirse Ronan) and her desire to move out of Sacramento and go to an Ivy League school. Her relationship with her nurse mother (Laurie Metcalf) is difficult as they are both strong minded, opinionated and always butting heads. Her mom thinks Lady Bird is ungrateful. Meanwhile, her dad loses his job so the family is having a tough time financially. Lady Bird struggles with family life, getting good grades in school, working a job at a coffee shop and dating some boys. So basically, this movie is senior year of high school.

The movie was good and had some great performances from Saoirse Ronan and Laurie Metcalf. Their chemistry together and their realistic relationship as characters is what drives the movie. Laurie Metcalf was particularly quite good and her nomination was deserving. Lucas Hedges, Timothée Chalamet and Tracy Letts also give strong performances as well.

The story is one a lot could relate to with trying to move out of their boring towns, this time being Sacramento. It’s definitely relatable to me in that you want to go to an excellent college and your family is broke and can’t help out. Other than that, I suppose I can’t relate to other things. My wife enjoyed the movie more than I did because she could relate to the character a lot, especially growing up in the late 90s. Greta Gerwig has made a movie that a lot of females will like, and it’s finally a breath of fresh air to get a drama with some comedy in it from a female directors perspective. You can tell she came from an indie background and that she wrote herself into some of these characters.

The Blu-Ray bonus material only contains audio commentary from Gerwig and cinematographer Sam Levy and a 15 minute featurette on the making of. I guess for an indie movie, this many extras is decent but I was still disappointed not to see more like deleted scenes, gag reel or more behind the scenes stuff. The 15 minutes is decent enough though.

Lady Bird has some strong performances, writing, and directing but I don’t consider it the best of the year. It’s worth seeing if you’re trying to watch all the Academy Award nominated movies this year.

Bottom Line: A good movie about relationships with your parents and growing up in the 90s
Running Time: 93 mins
Rating: R
Extras Rating:
Overall Rating: