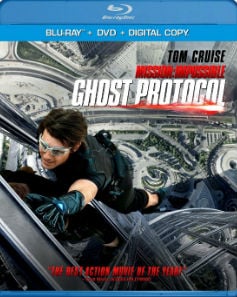 Tom Cruise is back with another Mission:Impossible film and have to admit, it’s the best one yet! Secret Super Spy Ethan Hunt and his elite team are going underground to try & clear their name after a botched mission at the Kremlin with Hunt and his team are implicated in international terrorism. At the same time uncovering a nuclear threat, the team must clear their names and stop this threat. Brad Bird makes his directorial live action debut and it’s one that is sure to please!

As you may not know, but most do, Mission:Impossible films come from the TV series way back when, and Tom Cruise has starred in all 4. They are his babies, and has been a Producer on the films as well. Each film has had a different director and this time is no different in Brad Bird. The big challenge with this one was that Brad Bird never directed a live action film. Bird has done excellent work with The Incredibles, Ratatouille, and The Iron Giant but nothing live action before. Well, it certainly does not show as the action and film is as fun as ever. Tom Cruise and Brad Bird take the film all over the map including what is made up to be Russia, Dubai, and the US to name a few. The sequences filmed in Dubai were the most impressive as they used the World’s Tallest Building for the film. Without giving too much away, Cruise finds himself scaling the upper reaches of the building to gain access to a restricted area. The shots outside and the views are incredible and makes you want to cover your eyes it is so high. Not to mention Tom Cruise himself is outside on the skyscraper doing his own stunt work. The man is insane.

The film features a great supporting cast as well. Simon Pegg, Jeremy Renner, Paula Patton and Josh Holloway co-star and it’s nice to see them get to show off some fighting and action skills as well. Not so much for Simon Pegg since he’s the tech guy and in a way comic relief. I think Pegg has found a great niche for himself in these types of films and also the latest Star Trek. Jeremy Renner’s status has really risen since The Hurt Locker, and he’s on pace to be the next action star. His next starring film is the The Avengers & The Bourne Legacy. MI4 does a great job of showcasing the entire team while on the mission, at the same time, not taking away from the talents Cruise brings to the franchise.

The extra features were awesome. I really enjoyed the 2 hour making of “Mission Accepted” which you can watch all in one shot or in segments. The behind the scenes doc was in HD and covered a lot of the big location shoots in Prague, which acted as the Kremlin, and Dubai. I was shaking in my boots watching the footage of Cruise out on that building. I really laughed when they forgot Tom Cruise was outside on the wire rig just dangling, waiting for the next set up’s and shots, and they hear him going “Wooooo” and “Weeeee” and he’s bouncing on the rig from one side of the skyscraper to the other side. “Oh that’s right Tom is outside!” I also enjoyed when Michael Giacchino, the composer, took all of us inside the recording sessions for the score. His conductor is a trip too, but they have a good thing going. I liked how Tom Cruise showed up with his daughter to watch and they let him conduct the symphony for the main title for Mission:Impossible.

Mission:Impossible- Ghost Protocol continues a nice streak for the franchise. I think the first two films are the weakest, but since JJ Abrams filmed the 3rd one, the film series is on the right path. Abrams was invited back to be a producer with Tom Cruise, and Brad Bird definitely reinvigorated the franchise even more. The story was an interesting premise and also carried over a storyline or two from the last film. The cast have great chemistry and the locales and action sequences just make this the best Mission:Impossible yet. 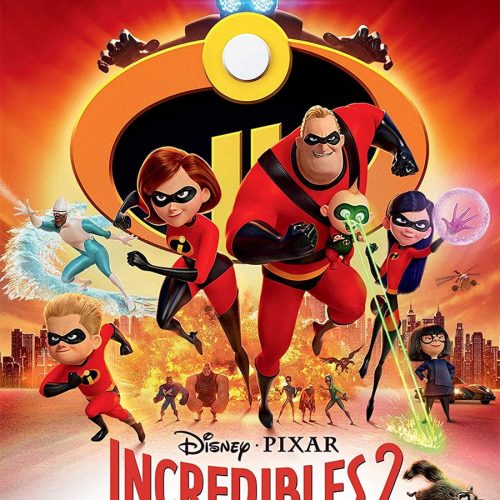