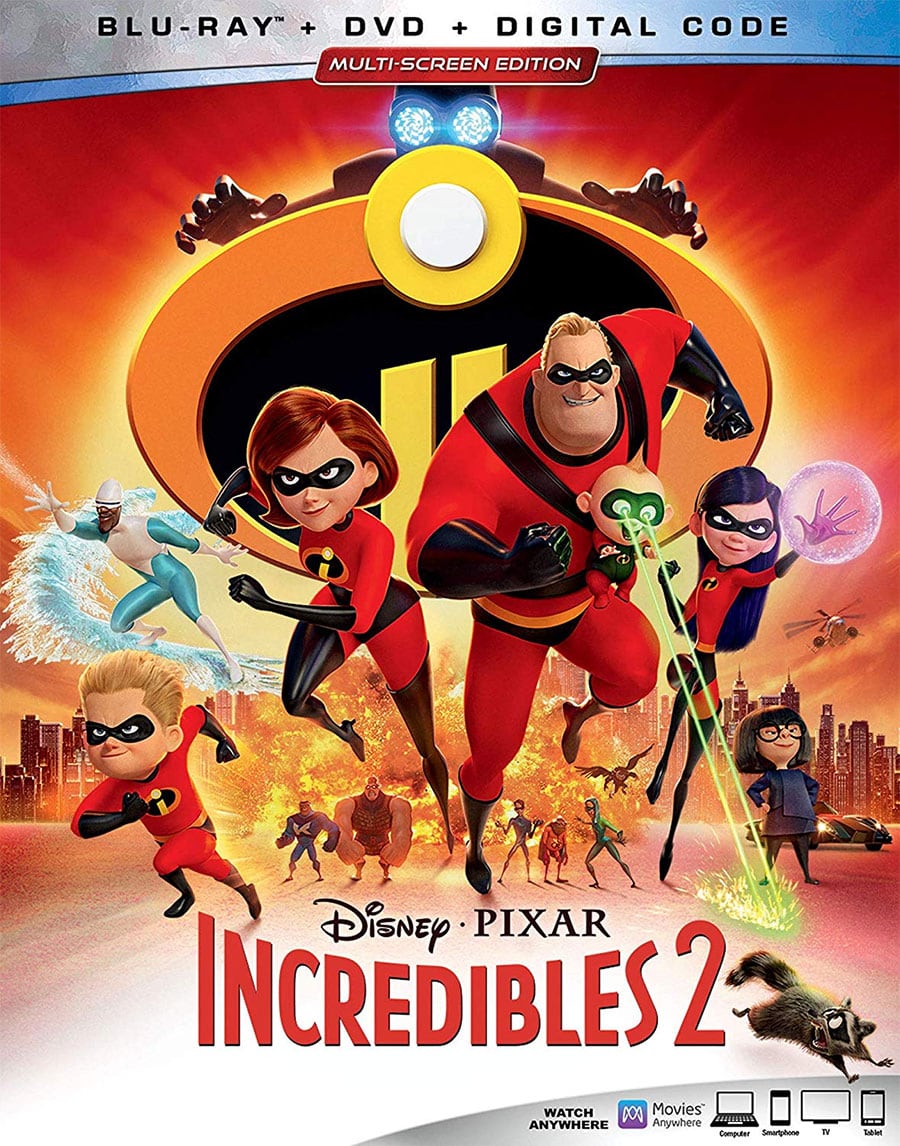 People have been waiting for 14 years to have a sequel to the Incredibles. Was the wait worth it? Definitely! The movie is just as good as the first movie, and is so much fun to watch!

The movie picks up right where the last one ended. The superhero family, The Parrs, go after the Underminer but they aren’t able to stop him from causing destruction to the city. The government shuts down the superhero program, leaving them broke. They soon get an offer from a telecommunications, owned by Winston Deavor (Bob Odenkirk) and his techy sister Evelyn (Catherine Keener). They propose a plan to get superheroes back into the good gracious of the public and the government. Helen (Holly Hunter) is picked to be in the spotlight, meanwhile Bob (Craig T. Nelson) has to stay home with the 3 kids. Things happen where the entire family needs to spring into action against a villain named Screensaver, even baby Jack-Jack has to participate.

I loved the first Incredibles but I wouldn’t say it was my favorite Pixar movie. Definitely in the top 5-8 I guess. Watching the second one has made me reevaluate the first movie in my personal standings. Or maybe it’s just been 14 years and haven’t watched it a lot over the years. The second movie is just as good, and it’s super fun. I found myself laughing at everything Dash and Jack Jack were doing, mainly because they reminded me of my son. The action sequences in the beginning, the train scene, and the last half hour were excellent. I loved seeing a lot more superheroes in the movie this time, and just goes to show you how “incredible” the family is in terms of their powers. Watching most of the movie and Jack-Jack having most of his powers and what he can do made the movie a lot more enjoyable. The scene where he’s fighting with a burglar-looking racoon was hilarious.

The extras on the Blu-Ray include a bunch of stuff, spread out on 2 discs. The first disc is the cute animated short film Bao, another funny animated short Auntie Edna, a cool featurette on Brad Bird’s start in animation and how he approaches his movies. I loved seeing that one because I never knew Brad Bird started interning for Disney animators at age 14. Something I wish I did when I was younger, only if I lived in California or in Orlando. The Auntie Edna short should have been in the movie because I thought it was great to see how she discovered all of his powers and how she was able to get them under control. Having an entire movie about Jack-Jack would be a nice sequel to this if Brad Bird ever decides to make another movie. The second disc has a lot more bonus material like featurettes, deleted scenes, making-of featurettes and lots more. This is where all the good stuff is if you’re a diehard fan of animation and Pixar.

The Incredibles 2 was worth the wait, I just wish it didn’t take as long as it did. It’s an excellent movie, not just for animation but as just a regular movie in general. That’s how Brad Bird directs and it shows. The movie is great for both family and kids, my 3 year old loved it and sat through the majority of it which he doesn’t usually do. I loved Jack-Jack the best but I also loved everything from the story, the acting, and the amazing animation. It’s a Pixar movie so you know what to expect with this. I think it deserves to be on Best Picture lists and not just Best Animated Movies lists.