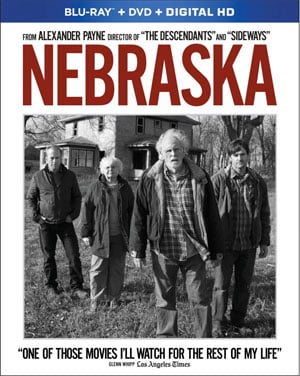 Nebraska is an interesting, heartfelt and kind of depressing road drama but damn, it was done really well!

The story is about Woody Grant (Bruce Dern), who believes he won a million dollars in some scam sweepstakes. His son David (Will Forte) keeps telling him it’s not real but Woody is determined to get to Lincoln, Nebraska to claim his prize. So David takes time off from his stereo salesman job to drive him to Nebraska from Billings, Montana. Along the way, Woody cracks his head open, goes on a few drinking binders and ends up back in his hometown. Even though it’s a lost cause with the million dollars, David and Woody are determined to go to Lincoln, Nebraska because it’s more than just the money.

Nebraska has been on my radar since it has been getting nominated for a lot of awards. I wasn’t sure I was going to like the movie but I really enjoyed myself, even though it’s kind of downer at times. The drama still has some funny lines and moments in it though. The main reason to watch the movie is for the acting, the story and the direction.

Bruce Dern is excellent as well as Will Forte believe it or not. I’ve always been a Forte fan and it was a welcomed change to see him acting in a drama. I guess if Will Ferrell can do it, so can Will Forte. I just prefer those guys in comedies. Bob Odenkirk isn’t in the movie all that much but one has to wonder if his character is really Woody Grant’s kid or his new identity he was given after being Saul Goodman for all these years.

The direction is noteworthy and I love the look of the movie. It has an indie film feel to it and it’s all in black & white. The black & white look really supports the movie. I almost wish more movies went black & white, especially character driven pieces like this. Black & white wouldn’t always work in most movies but with this, it does. We get a lot of rural midwest scenery and it makes the film look really historic. It also shows that there is just nothing out there. That’s a subplot with the movie, especially when it comes to Woody’s drinking.

If you liked Alexander Payne’s previous movies like Sideways and The Descendants, you’ll enjoy this movie. I also got a Little Miss Sunshine vibe with this film as well. The Blu-Ray doesn’t really have much in terms of special features except a making of that’s about a half hour long. I’m sure there will be some special edition released down the road. Nebraska is definitely worth watching and it deserves all the praise it’s been getting!

Features
The Making Of Nebraska 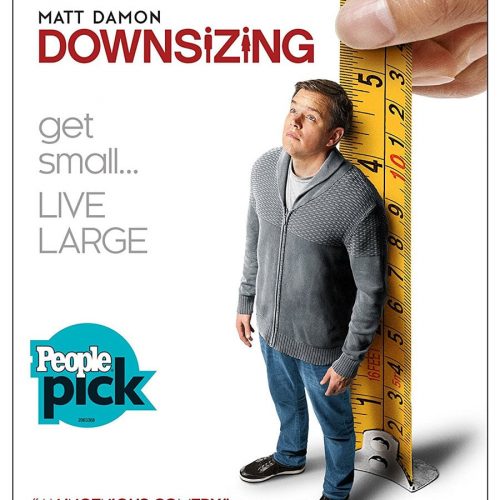