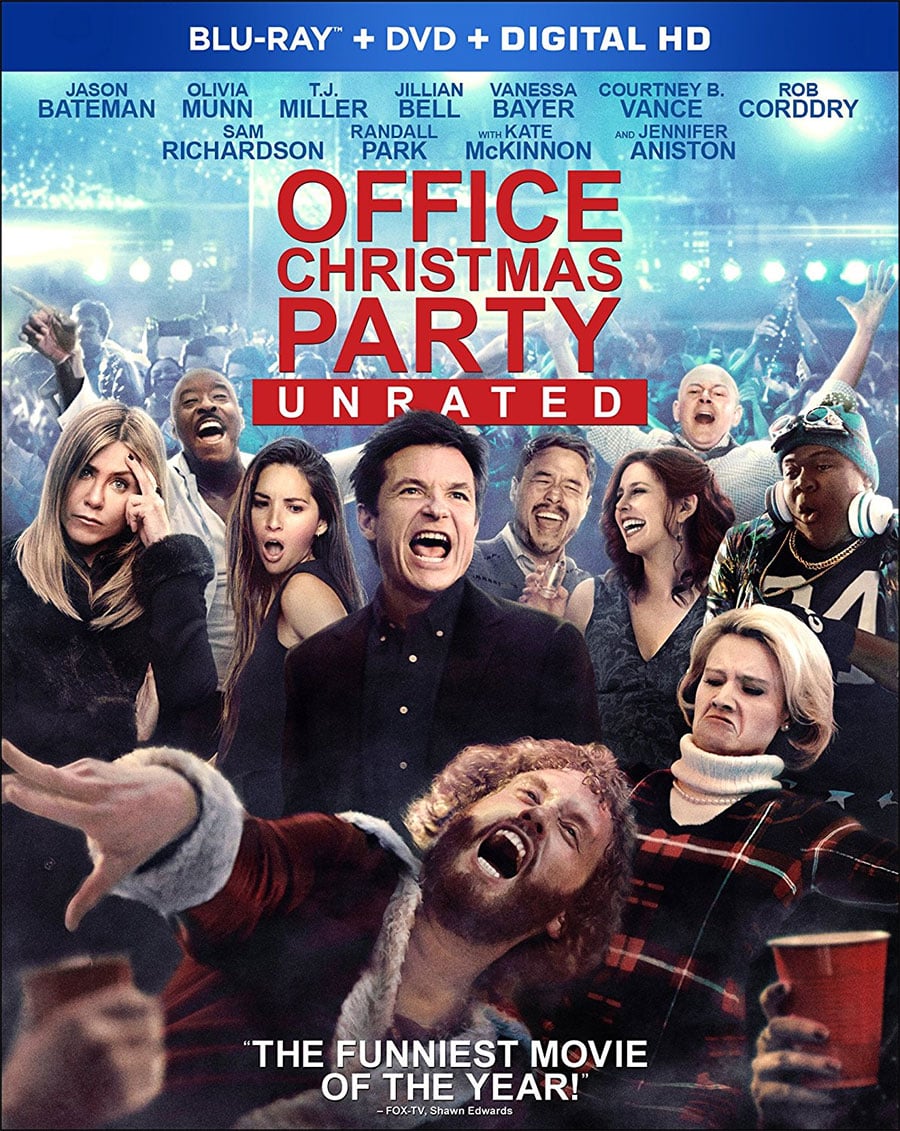 Office Christmas Party features an all-star cast, a lot of funny moments and it’s even worth watching in April since this is technically a Christmas movie.


The basic premise of the movie is this: Carol (Jennifer Aniston), CEO of Zenotek threatens to shut down her partying brother Clay (T.J. Miller)’s branch. The branch hasn’t met their quarterly quota. She cancels the office Christmas party but Clay, CTO Josh (Jason Bateman), head of tech Tracey (Olivia Munn) try to lure in big shot client (Courtney B. Vance) so that the branch doesn’t have to close. They decide to throw an epic office party for Christmas and things get out of hand…quickly.

The trailer for the movie looked funny, so figured this might be a decent one to check out and it was. It’s not the best comedy in the world but it has a lot of funny moments and a lot of entertaining performances from the actors. It’s a great cast that features a lot of people from SNL and HBO comedies like Silicon Valley, Veep and more. The standouts of the cast for me include Courtney B. Vance, T.J. Miller, Olivia Munn, Vanessa Bayer, Sam Richardson, Rob Corddry and Kate McKinnon. Jason Bateman is Jason Bateman, always plays the sort of normal person and I’m fine with that.

The story wasn’t exactly the best but it didn’t need to be. It’s more about the antics at that party. Seeing straight-laced, boring people lose their shit when drugs and alcohol are involved is some funny stuff. Especially when some of those people are rich and have tons of money to spend on random stuff. I thought it was hilarious they brought in the Iron Throne from Game of Thrones. In the extras, they said that was one of the real ones from the series that makes it even cooler. The ending with the car chase was a little dumb but I guess the movie needed something to end on. For the most part, the movie worked and think it will get funnier over time. It also works as a non-Christmas movie. It’s like a work comedy set in December, if you want to look at it that way. Either way, I’ll be watching this again during the holidays.

The Blu-Ray featurettes include deleted and extended scenes, outtakes, a featurette on making an office christmas party and more. The outtakes were the best part of the extras because it was just all the cast doing alternate lines over and over. I’m not sure but I might have laughed more for that part than the movie itself. Rob Corddry was the highlight of that section especially the part where he’s peeing on top of the office building. Vanessa Bayer had a lot of funny alternate lines as well. Just seeing what the actors came up with for different lines is hysterical. Highly recommend checking that out after you see the movie.

Office Christmas Party was a pretty funny movie with a great cast. I have a feeling this one will get funnier over time, especially when it’s ya know…Christmas time and not April. I get studios want to release these movies right after they are released in theaters but think they would be better sitting on them until the holidays pop up again. But with Office Christmas Party, you can still watch and enjoy it without it being the holidays.