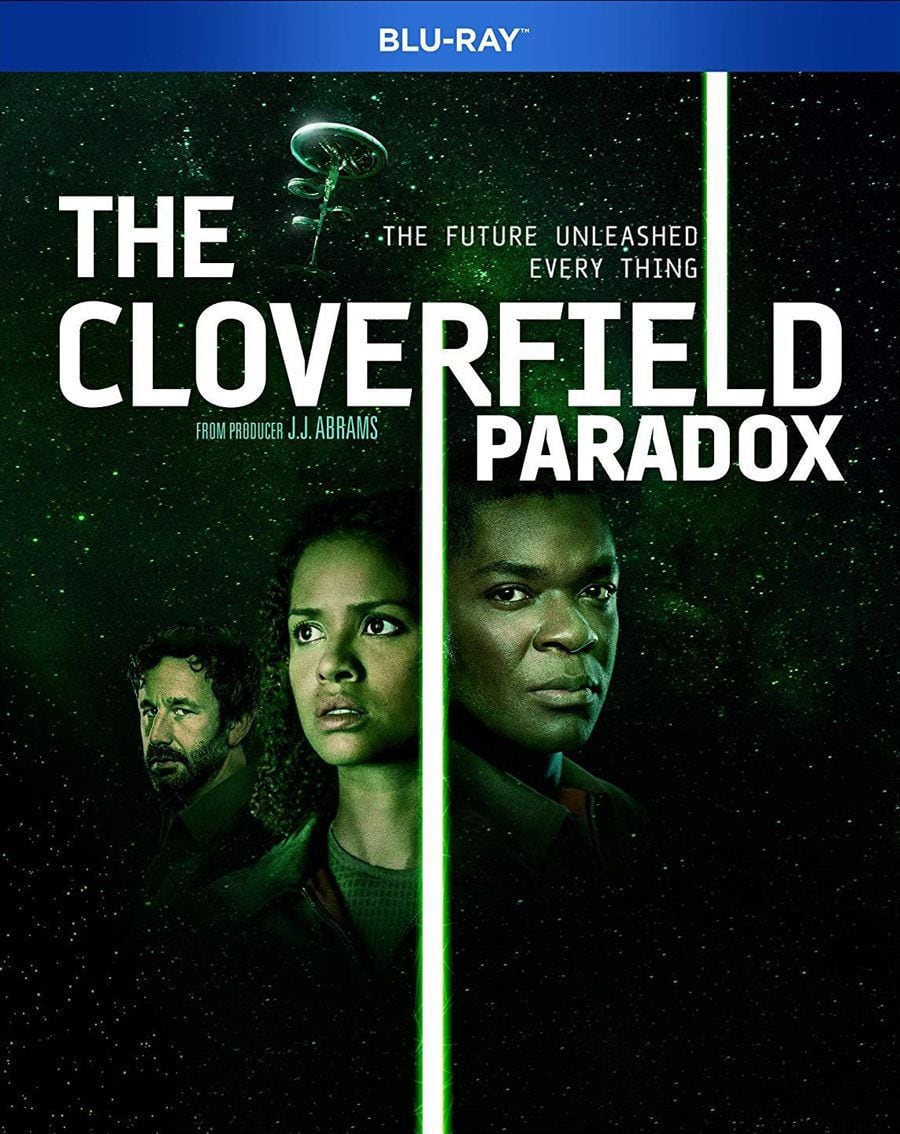 Last year “The Cloverfield Paradox” had a surprise debut on Netflix immediately following a Super Bowl teaser ad and the end of the game. This is the first time that the movie has been released on Blu-Ray with some added special features. I was disappointed that it does not come with a digital copy of the movie for those who don’t subscribe to Netflix.

While “The Cloverfield Paradox” is considered a prequel to “Cloverfield”, there are some topics that aren’t very clear as to where and when this takes place. At the heart of “The Cloverfield Paradox” is a classic sci-fi adventure that delves into alternate realities and universal paradoxes. The timeline in which “The Cloverfield Paradox takes place is considered the prime timeline but I don’t really remember much about the global energy crisis that was the cause of the governments of the world to send the space station into orbit in hopes of using a particle accelerator to create a source of unlimited energy. I do believe that this movie takes place much later in time from “Cloverfield” because of the ending of that movie…something large crashes into the ocean on the main couple’s video tape…thus the word “paradox” in the title.

With time fluxes and paradoxes aside, “The Cloverfield Paradox” plays at being a science fiction thriller and does well at that sometimes but in reality, the concept of messing with the laws of nature or lack thereof in outer space felt like there was some unintentional humor that covered up the thriller aspects of the movie.

With the crew running out of time to get their particle accelerator operational before an all-out global war, they become frustrated and feel failure is imminent…until at the last minute they get it to work and suddenly travel to parts unknown. In actuality, they launched into an alternate timeline where the space station crashed into the ocean killing everyone on board. I’m not sure which timeline this is supposed to be but it’s labeled as a terrifying alternate reality. How do they know this? Well with space madness of course! Some random woman is found phased into the walls of the station, one crew member goes insane and is infested with worms the size of small eels and another crew member loses his arm in a wall but his arm becomes sentient on its own! It does manage to write a note about where the stations data core is though…which is inside of the stomach of the worm guy!!!

To me, “The Cloverfield Paradox” is more fun to watch when you’re not thinking of it as a serious sci-fi movie. With cringe-worthy scenes abound and a female lead that spends more time wide-eyed and shocked than actually doing something about the events that befall her, this movie is closer in line to “Eight Legged Freaks” than it is to “2001: A Space Odyssey”. It does add further intrigue to the Cloverfield franchise while also expanding the franchise but if you go into the movie looking for the next sci-fi classic, you’ll be extremely disappointed.

Special Features:
•Things are Not as They Appear: The Making of “The Cloverfield Paradox”
•Shepard Team: The Cast

Bottom Line: A fun sci-fi thriller that sometimes tries to be too serious at times, but is a decent continuation of one of the most surprising new monster franchises of the last twenty years.