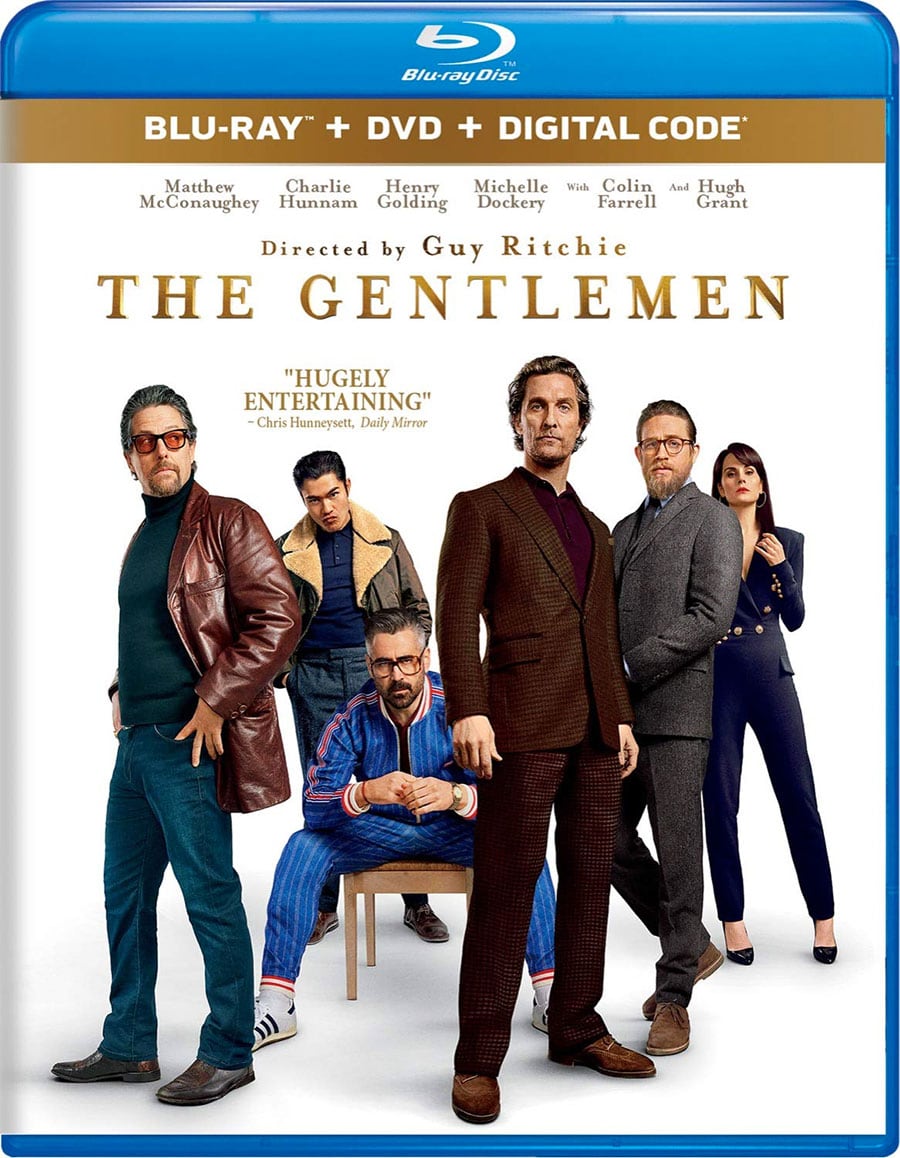 The latest Guy Ritchie crime flick is a fun one with an excellent cast. It’s kind of confusing at first but once you figure out where it’s going, it’s a joy to watch.

The Gentlemen follows around American expat Mickey Pearson (Matthew McConaughey) who built a profitable weed empire but plans on selling it to spend more time with his wife Rosalind (Michelle Dockery). The results of him willing to sell his business triggers other ruthless criminals out of the woodwork. Meanwhile, there’s a private investigator Fletcher (Hugh Grant), who was hired by a tabloid paper, meets up with Mickey’s right-hand man Raymond (Charlie Hunnam) to blackmail him for 20 million pounds on all the dirt he has on Mickey and Raymond.

I barely even saw a trailer for this movie and I still wanted to see it. I saw briefly who was in it, Guy Ritchie was doing another crime film and I was all-in from there. I was a little confused at first at what was going on but once all the players were presented, I highly enjoyed this movie. I wouldn’t put it up there with Lock Stock and 2 Smoking Barrels and Snatch, but I definitely liked this over Rock n Rolla. Although RocknRolla had the better soundtrack. Guy Ritchie’s films usually are like Quentin Taratinos in that you can expect a decent soundtrack. This time we got music from David Rawlings, The Jam, Cream but was disappointed with the rest of the soundtrack.

The cast was great and the main selling point obviously, but just Ritchie’s return to the London crime underworld was also a reason to see this. Matthew McConaughey was great but I thought the best character and actor was Hugh Grant. He really stood out, plus he didn’t sound like his bumbling, soft-spoken kind of character he does. Charlie Hunnam was good too and for the most part, his character was a nice balance to McConauhey’s Mickey. I really like Michelle Dockery’s acting and character too. Colin Farrell was another stand out but he doesn’t come into the picture until half hour or 45 minutes into it.

The bonus features are pretty pathetic and disappointing. There’s a compilation clip of the best quips which is about a minute, then a short clip of all the different terms for marijuana. The behind the scenes was a joke and pretty much another super short clip of Guy Ritchie laughing behind the camera and then almost a commercial of a trailer. Then there was a photo gallery, because everyone wants to see that on a Blu-Ray disc. Wish there was a proper behind the scenes featurette with some cast & crew interviews. I’m sure there were deleted scenes and gag reel too but nope, nothing special.

Not to mention that with STX and Universal, the only place to submit a digital code is iTunes. The movie is on Vudu (well for now), but you can’t submit the code to that. Only Apple, and I couldn’t even do that for iTunes and Apple. I tried Movies Anywhere, I tried Universal, nothing. So not sure what’s going with their digital code service but there needs to be more options than just iTunes. And yes, I will mention this every time I review a STX and Universal movie.

The Gentlemen was an entertaining movie but took about 20 minutes to get into it/figure out the plot of things. After that, it was a fun movie with plenty of complex turns and characters. I think the movie will benefit from watching a few times to truly appreciate it but I enjoyed it the first time around.

Features:
Best Gentlemanly Quips
Glossary of Cannabis
Behind the Scenes of The Gentlemen
Photo Gallery