The latest Futurama movie is Bender’s Game, which is probably the funniest of the bunch so far. They keep getting better and better and I’m enjoying these movies a lot…ten times more than recent Simpsons episodes.

Futurama: Benders Game centers around Bender’s quest to imagine things and join in on the nerd fun of Dungeons and Dragons. While all the kids are playing D&D at Planet Express, he wants to play but Robots don’t have imaginations installed in their systems. But Bender tries really hard to imagine and he starts to think hens a medieval knight. The other plot in the movie is Mom takes control over the fuel supply and we find out how she’s doing it. It involves Nimbler, Professor Farnsworth, and poop. The Planet Express team and Bender somehow go into an alternate reality where Bender is a knight; Professor is a wizard like Gandalf, Fry turns into Frodo/Gollum and Leela turns into a Fawn. Think Lord of the Rings meets Wizard of Oz meets the Narnia stories. The two stories of Bender playing D&D and the Dark Matter storyline tie in nicely though.

I thought this DVD was the funniest that have come out so far. I loved seeing all the movie and fantasy references. This DVD reminded me of older Futurama episodes, where they made me laugh out loud all the time. Towards the end of the TV series, I was scratching my head half the time and not laughing that much. I liked all the references, especially all the Lord of the Rings references. But I also liked learning more about Farnsworth/Mom relationship and all of her idiot sons. For some reason, I always liked Mom’s idiot sons. I even thought the opening was great because it was a trippy spoof of the Yellow Submarine. Be on the look-out for a hilarious Lego reference in the early part of the DVD as well. That’s what I love about Futurama, and other shows like Family Guy, South Park and the Simpsons; is the pop culture references and social commentary. Futurama definitely made it a point to say something about increasing gas prices. If only we had our very own Nibblers that could crap out fuel for us.

Futurama: Bender’s Game special features include commentary, a few featurettes, outtakes, and more! The commentary on any Matt Groening show is always worth listening to and that’s the case with this DVD. The featurettes were okay but felt they could have been longer. I did like the How to Draw Futurama in 83 Easy Steps featurette though. Since I’m an artist, it’s also cool to see how things are done.

I thought the previous DVDs were okay, and had some funny moments in them. Each release keeps getting better and Bender’s Game reminds me of Futurama’s first and second seasons. I think those seasons are the shows best and any fan of the show should check out this DVD! I’m really looking forward to the next Futurama installment and hope they continue to make these straight to DVD movies. 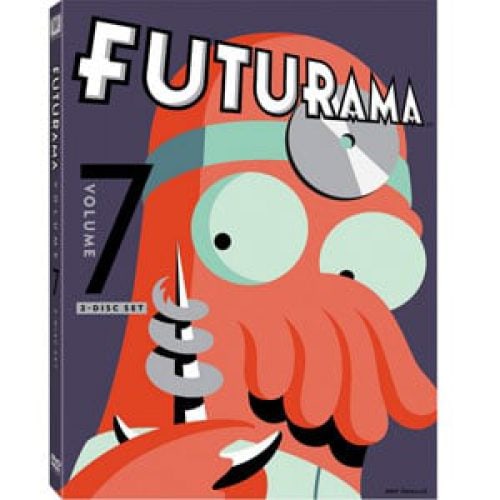 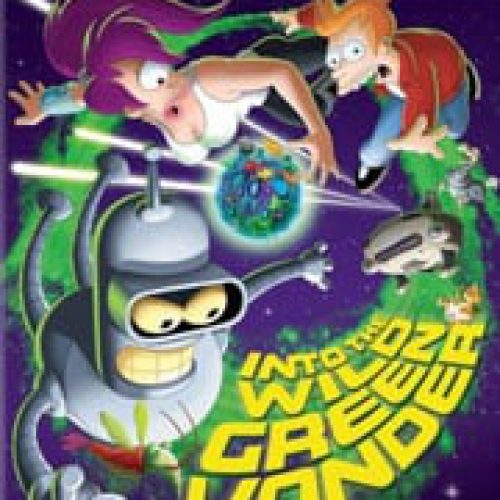 Futurama: Into the Wild Green Yonder