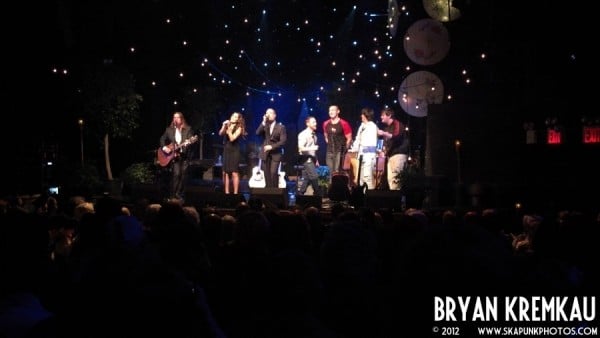 It was an all-star night last night at Gramercy Theater for The Indoor Garden Party in New York City. Actor Russell Crowe and Great Big Sea’s Alan Doyle performed many songs off their album The Crowe / Doyle Songbook Vol. III, but they got help from their friends & colleagues Samantha Barks, Scott Grimes, Kevin Durand, and Irish group Size2Shoes. Oh yeah, and Sting made an appearance at the end too!!!

The show was sold out (I felt like I was youngest one there haha), and the club had a weird setup. I had general admission tickets, so my wife Kristen and I had to stand up in between the stadium seating in the back and the seats down on the ground. I wanted to sit on the side but apparently that wasn’t okay. Most people had seats and there wasn’t many people standing. We ended up being close to the bar. Camera crew was around including a big crane and tons of video cameras. I can see why I was turned down to shoot this.

Russell Crowe came out with a wireless mic and was leading the crowd in vocal warm-ups and making everyone sound like horses. It was weird and funny, and he performed a “Ol’ Man River” from Showboat. After that he asked Alan Doyle, Scott Grimes and others to come out and explain how they warm-up and get ready. They decided to sing “Hit The Ground and Run” from the latest Great Big Sea album to warm up to. After that, Russell and Alan went through their Songbook III album with the help of Samantha Barks on vocals. She’s also going to appear in Les Misérables as well, and had a beautiful singing voice not to mention she was just beautiful as well. They played songs like “Love is Impossible,” “Perfect in Your Eyes,” “Killing Song,” “Disappeared” and “Too Far Gone.” I particularly liked hearing “Killing Song.”

Throughout the night, others took the stage to sing as well like the Irish group Size 2 Shoes who were really funny & entertaining. Kevin Durand did some poetry jam type of thing that was kind of funny, Scott Grimes played keyboards and sang. Never really knew he had such a great voice. At one point, Robin Hood and his Merry Men performed Sean Kingston’s “Beautiful Girls,” which they did a lot of when they were promoting that movie. Besides what happened later, that song was the highlight for me. I was cracking up at the banter Russell and Alan were giving. Russell called Alan a 5 dollar whore because she’s always off writing with someone else. Alan said 5 dollars is too much, he’d do it for a bag of chips haha.

Middle of the show, Kristen tells me that actress Emma Watson (Harry Potter films) was like 5 feet from me. She never gets starstruck but when it comes to Harry Potter things, I guess she does haha. Actually, it wasn’t just her we saw, we were probably sitting next to at least 5 or 6 other cast members of the upcoming Russell Crowe movie Noah. They have been filming in Iceland and New York. I wasn’t surprised to see celebrities at the show, I was more surprised to have not seen any paparazzi. Guess they don’t read Russell’s twitter feed at all haha.

Towards the end of the show, everyone was just playing songs and coming back for encores. Russell played Bruce Springsteen’s “Highway Patrolman”, Scott Grimes did a few awesome covers of Michael Jackson’s “Man in The Mirror,” and Marc Cohn’s “Walking in Memphis.” Russell said he was kind of stalling because one of his friend that was coming down from the ’60s to play a song for us. He said it’s fucking New York so who knows if he will get here in time. Well that friend ended up being STING! Yes, that Sting. The crowd went nuts and Sting played “Every Breathe You Take” with Scott Grimes on the keys and Alan on guitar. That made the night for me! What a way to end the evening.

Here’s a few photos taken with my crappy Droid phone: 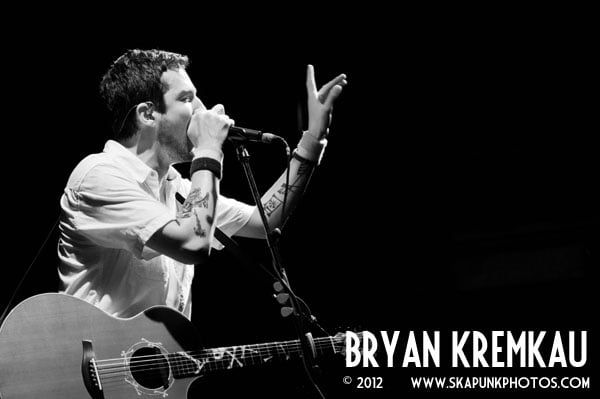 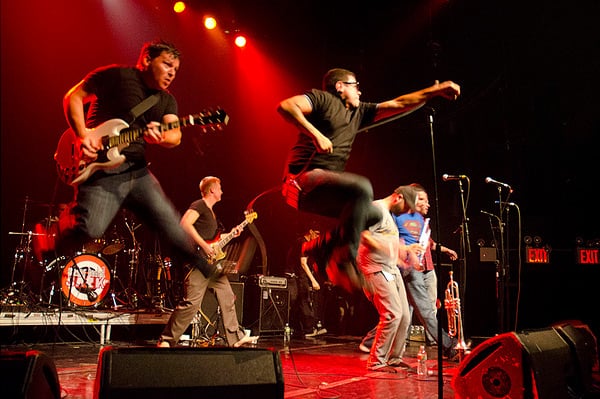 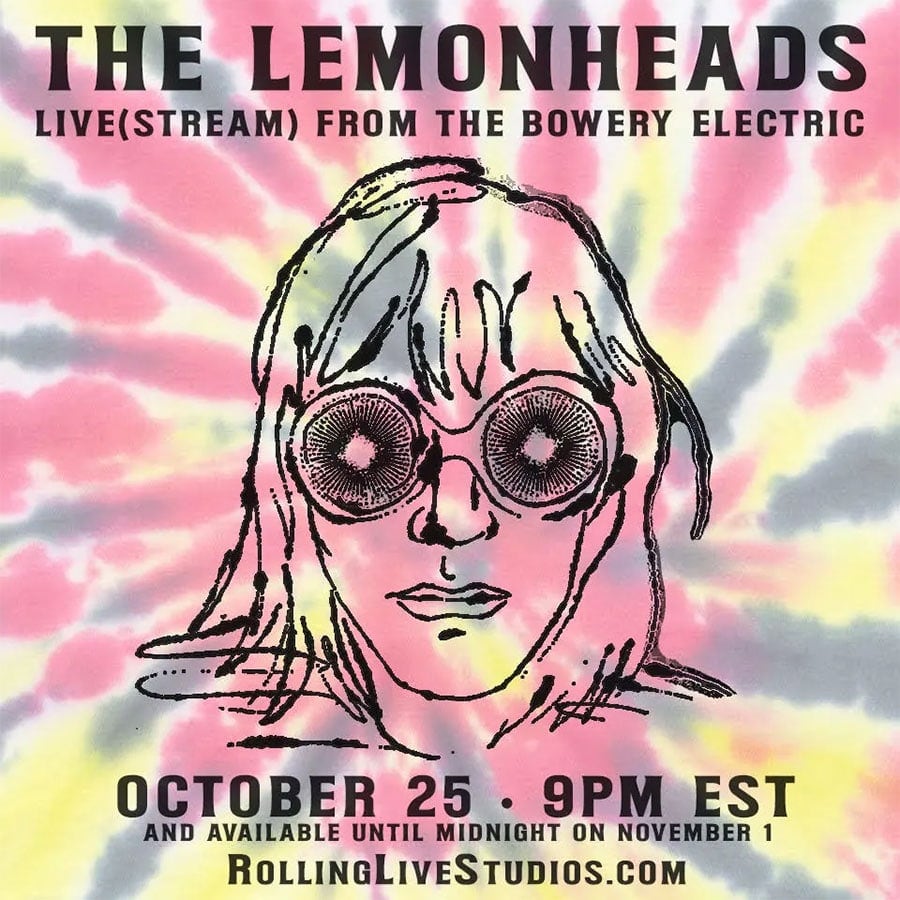