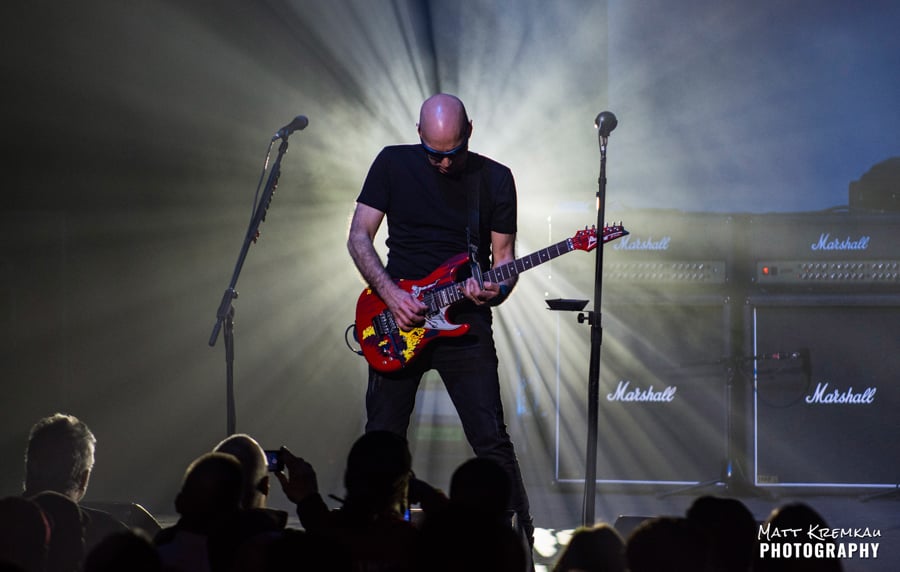 It’s been 20 years since the last time I saw Joe Satriani. Yikes!

Growing up, Joe Satriani was a musical idol of mine and still is to this day. Not sure what hasn’t brought me back to see him perform live until now. It all started with “The Extremist” record and the hit “Summer Song.” A special night in 1996 at the Beacon Theater in NY, I was able to witness Joe perform live. Granted, it was from the very last row so I had to witness with some binoculars. My late father, whom I lost just in the last year, drove me to the show. While “Instrumental Guitar Rock” wasn’t at the top of his list, my Dad did anything he could for his children. The G3 tour was in town with Joe Satriani, Steve Vai and Eric Johnson and I loved every second of the show. My Dad enjoyed himself as well albeit under headphones listening to the NY Yankees win their first world series in almost 20 years. I still remember to this day, my Dad trying to listen to the concert and the broadcast in an ear piece at the same time. When the Yankees won, all the ushers ran into the stands to celebrate with the crowd. It was a memorable night to say the least. With the passing of my father, I thought it would be fitting to catch Joe’s show once again and 20 years from the last time we saw it together.

Joe Satriani’s back with his latest record “Shockwave Supernova,” and as always, plays a wide range from his catalog of work. Playing the world renowned The Capitol Theatre, which is a fitting rock venue for a legend in his own right.

Arriving with plenty of time before the performance started, I settled into my (great) seat center stage and ready to go. Shooting seated venues can prove tricky. I was hoping to just shoot from my seat for the first two songs but security had other ideas so I was stuck to the outside aisles which was decent for this venue. Not terribly far away like other seated venues. Stuck with my 70-200 for the first two songs, which opened with the title track of the new record “Shockwave Supernova,” and then segued into one of my favorites “Flying in a Blue Dream.” I was bursting shots with lack of time and hopefully a few would be ideal shots.

It was nice to see that Joe opened the show and his setlist ranged all his records over the last 30 years. My favorite albums are The Extremist, and Crystal Planet and “Satch” performed a few off of those. Shockwave Supernova was featured heavily as that is the latest record. I was disappointed I didn’t get to hear some other favorites but there’s always next tour right? Still, it amazes me of the skill, style and technique that Joe Satriani has for performing. How does his hands not ache after playing guitar like that for so long? What also impresses me about his songs are that they are so melodic. I suppose with lack of singing they have to be. Joe did break out Big Bad Moon during the encore in which he sings from the Flying in a Blue Dream record. Satriani finished with his late 80s hit “Surfing with the Alien,” and left the crowd on their feet cheering. A fantastic show and a great look back at one of the icons of Rock!

Check out the full gallery here but here’s some of my favorites: 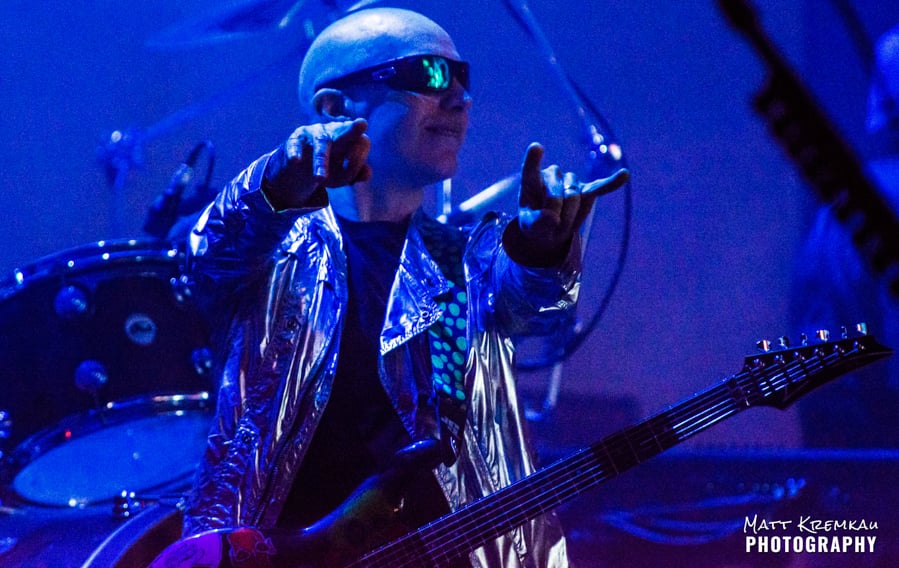 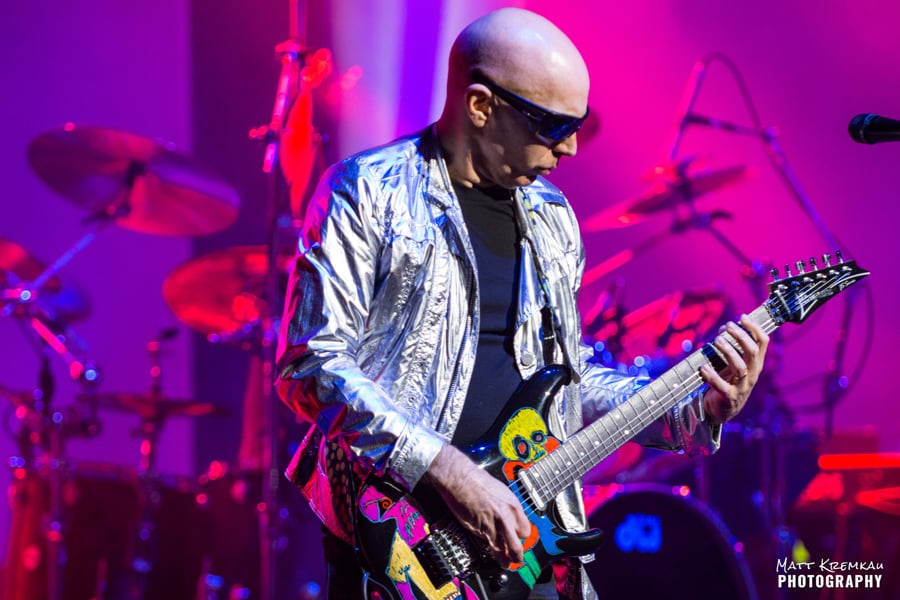 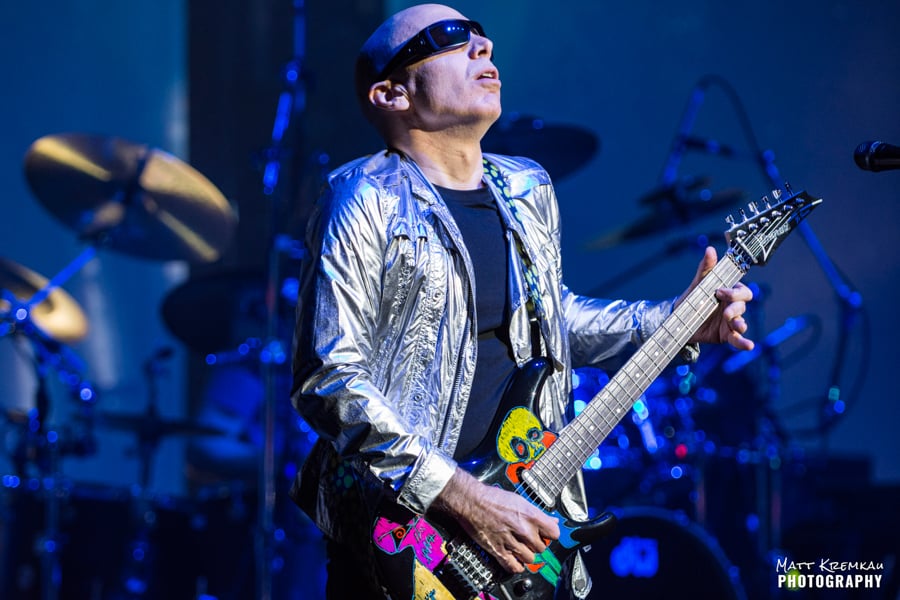 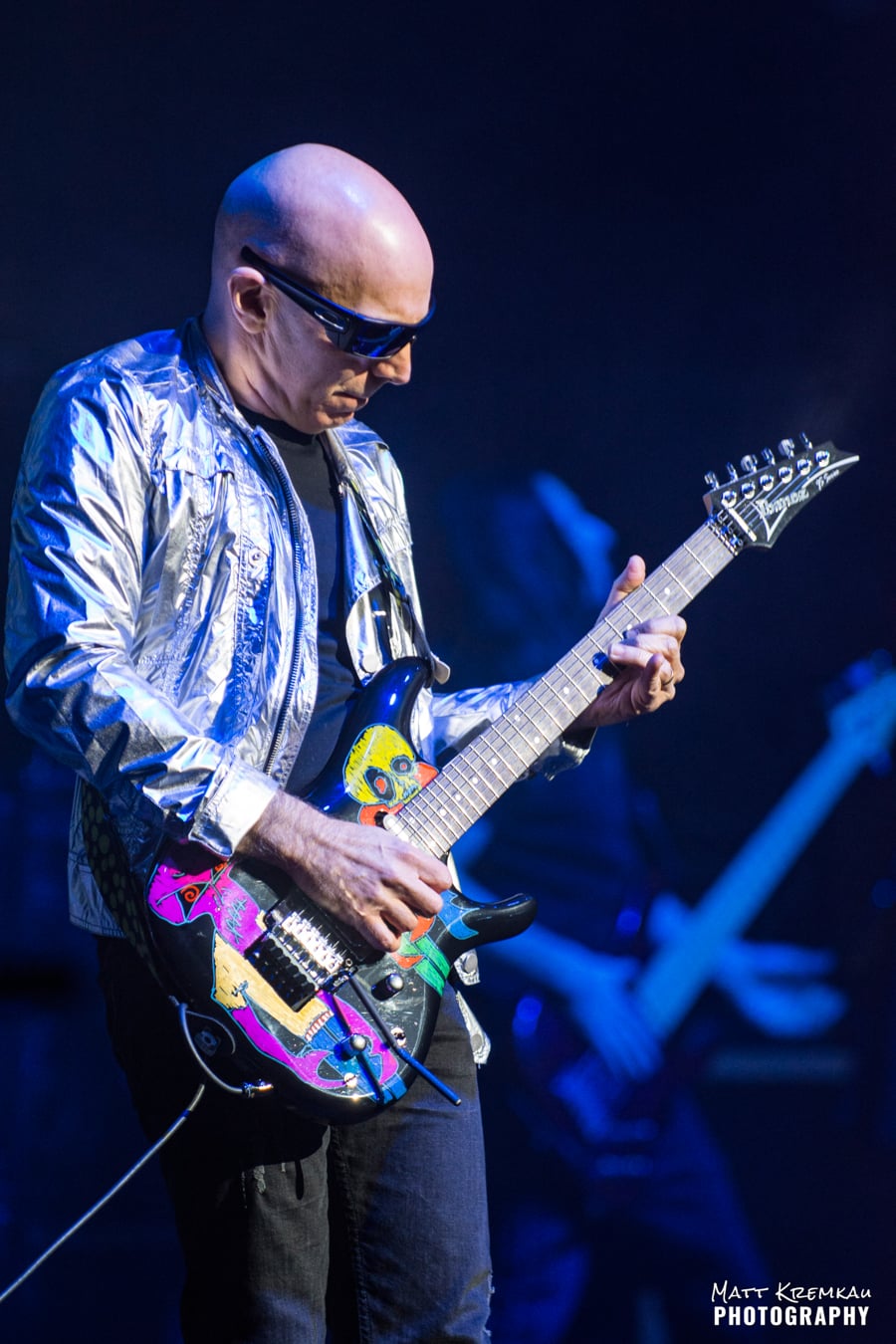 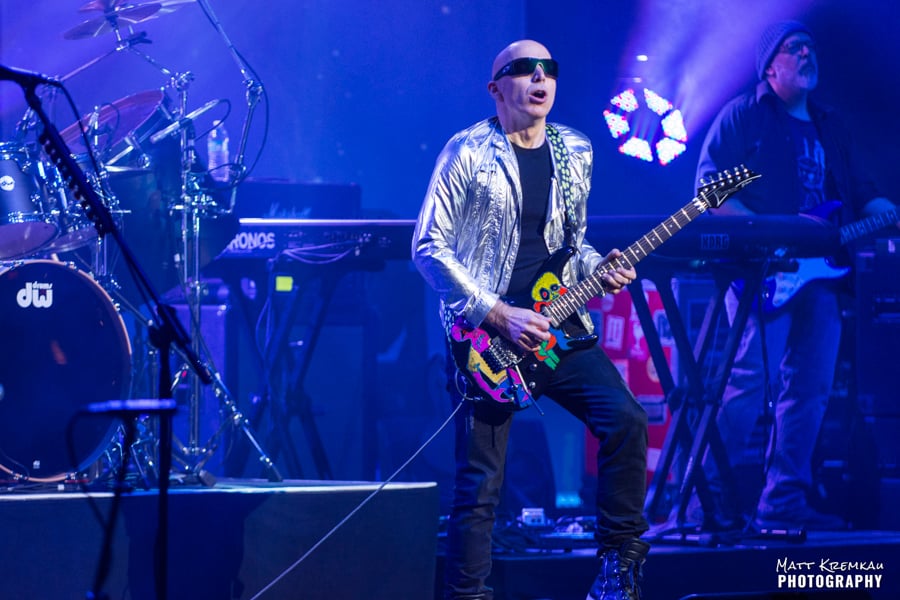 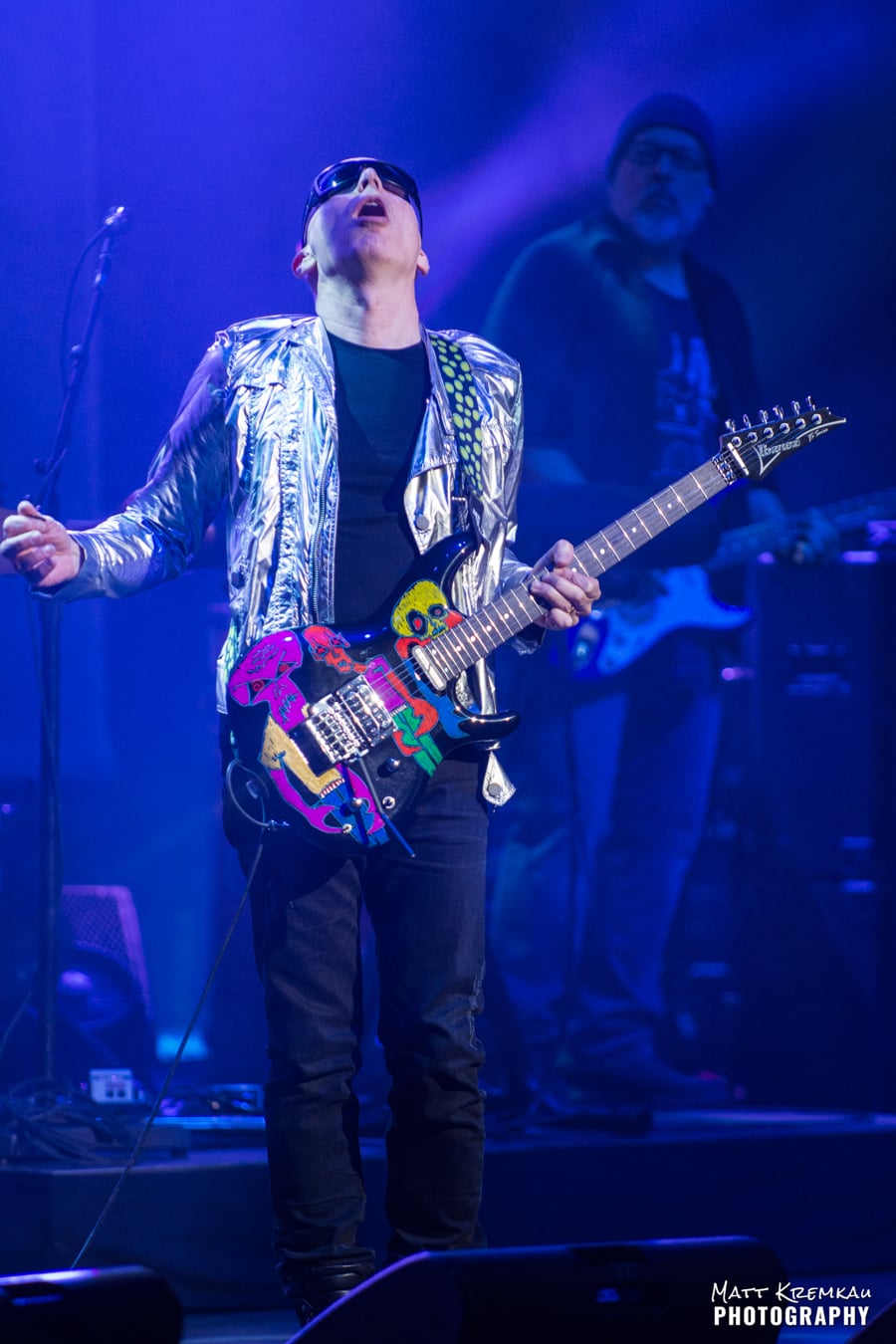 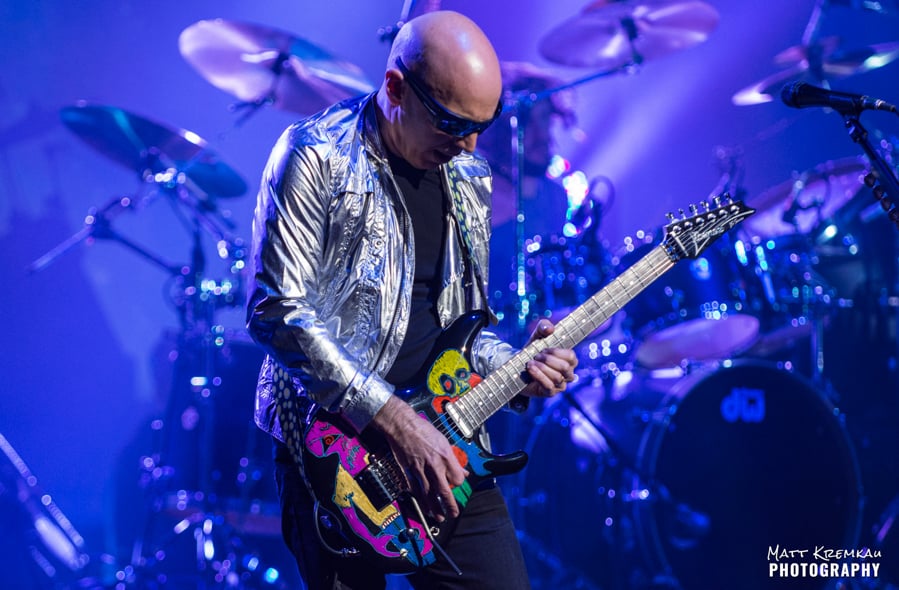 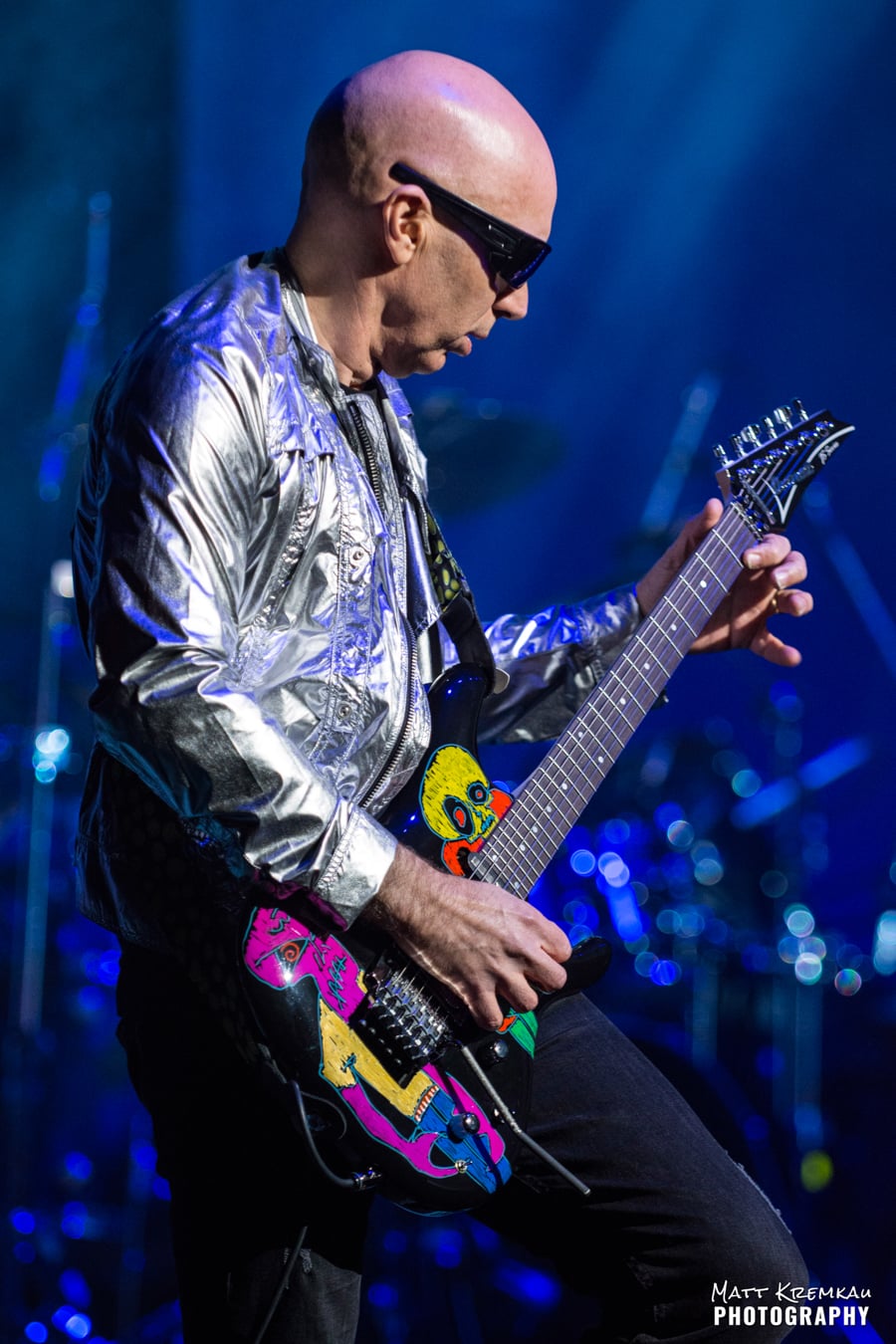 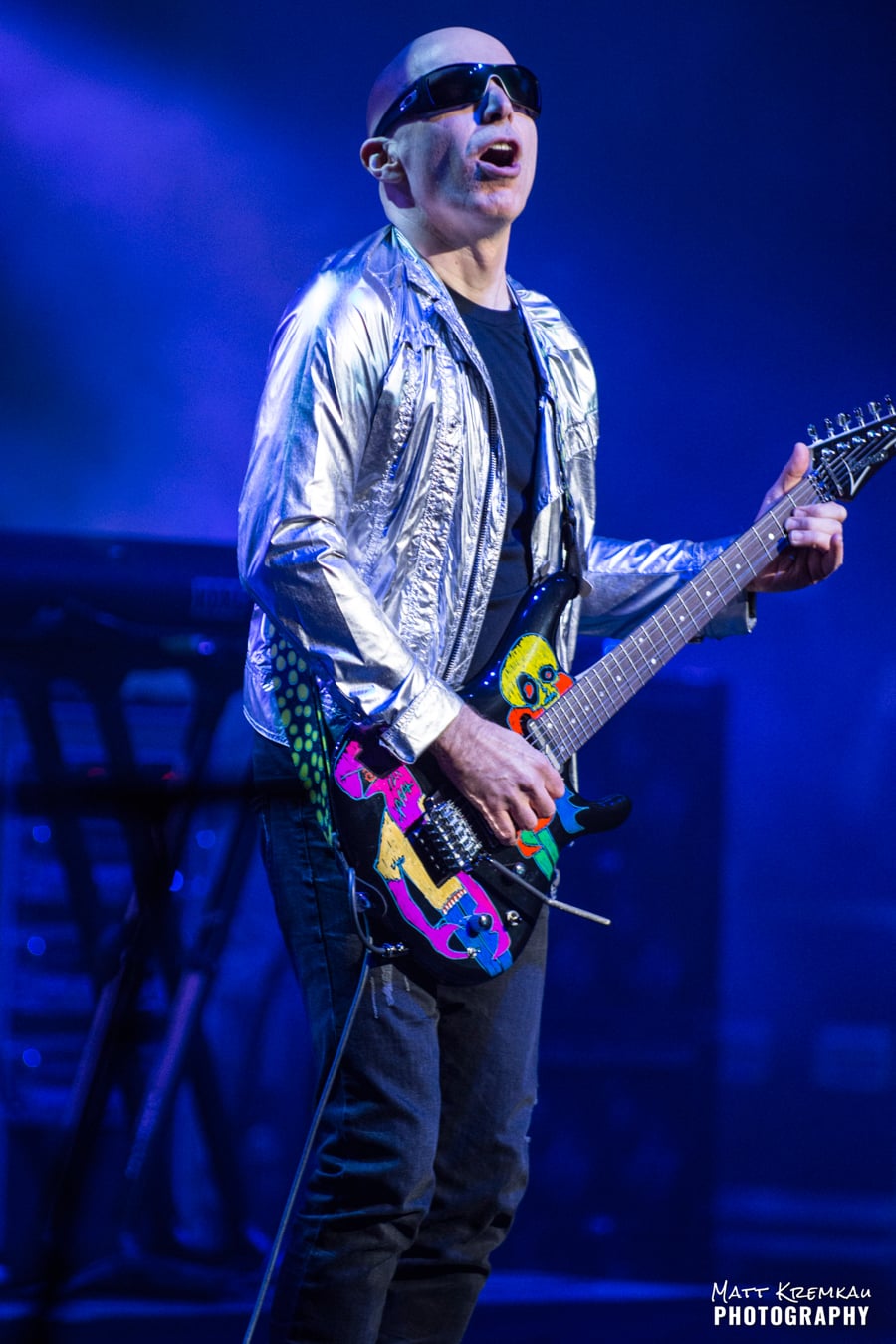 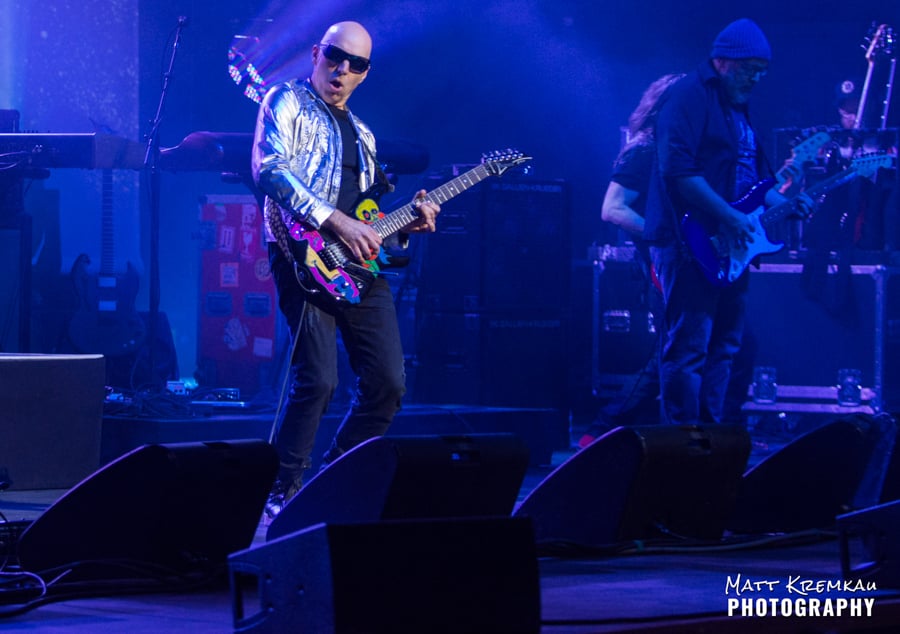 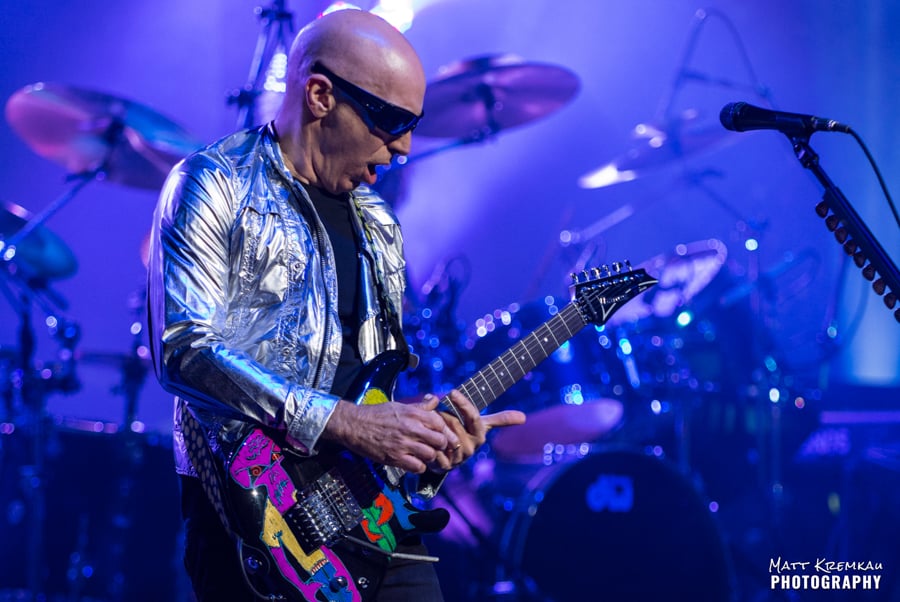 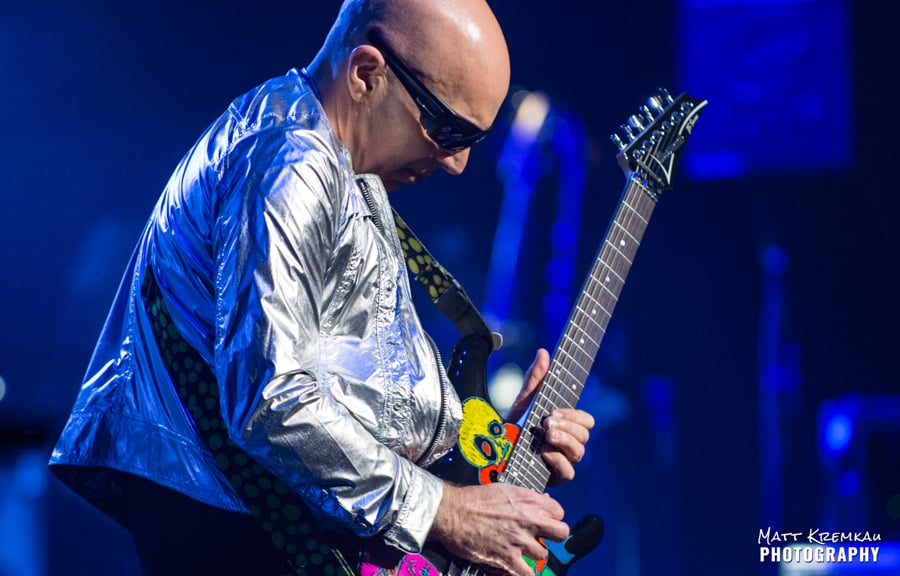 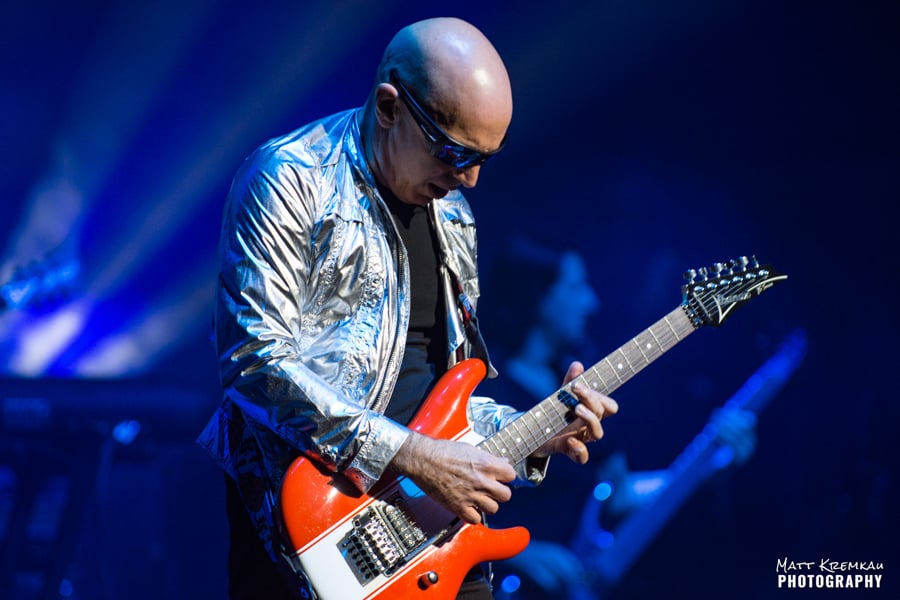 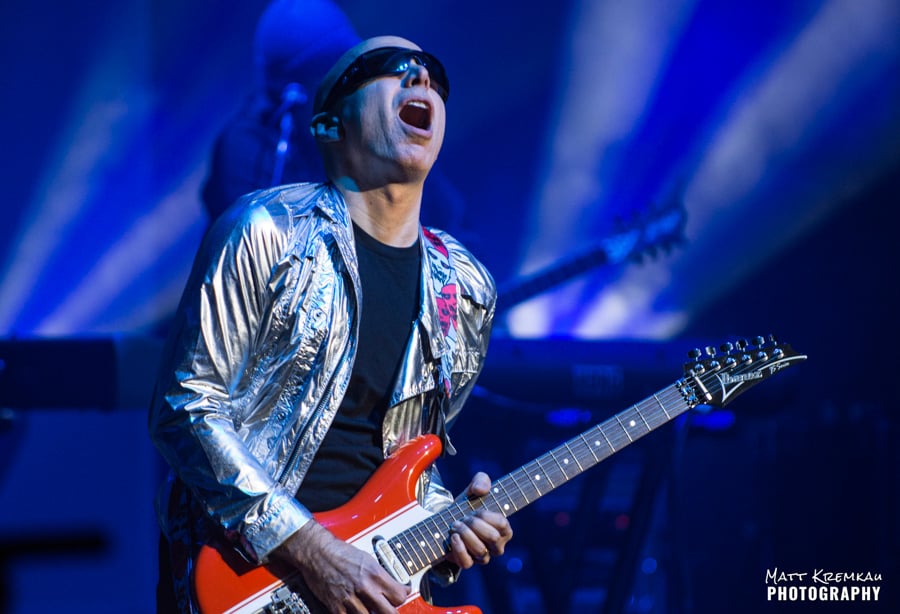 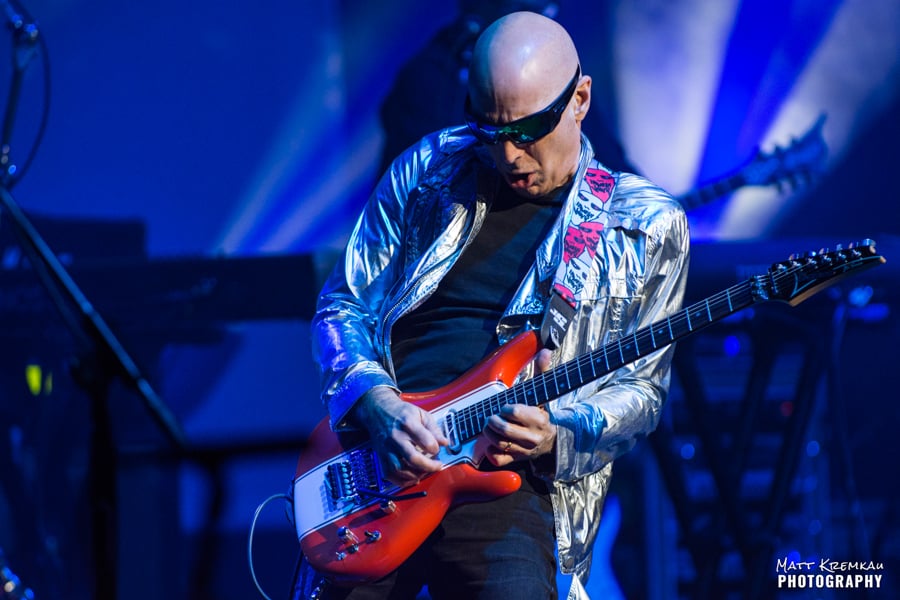 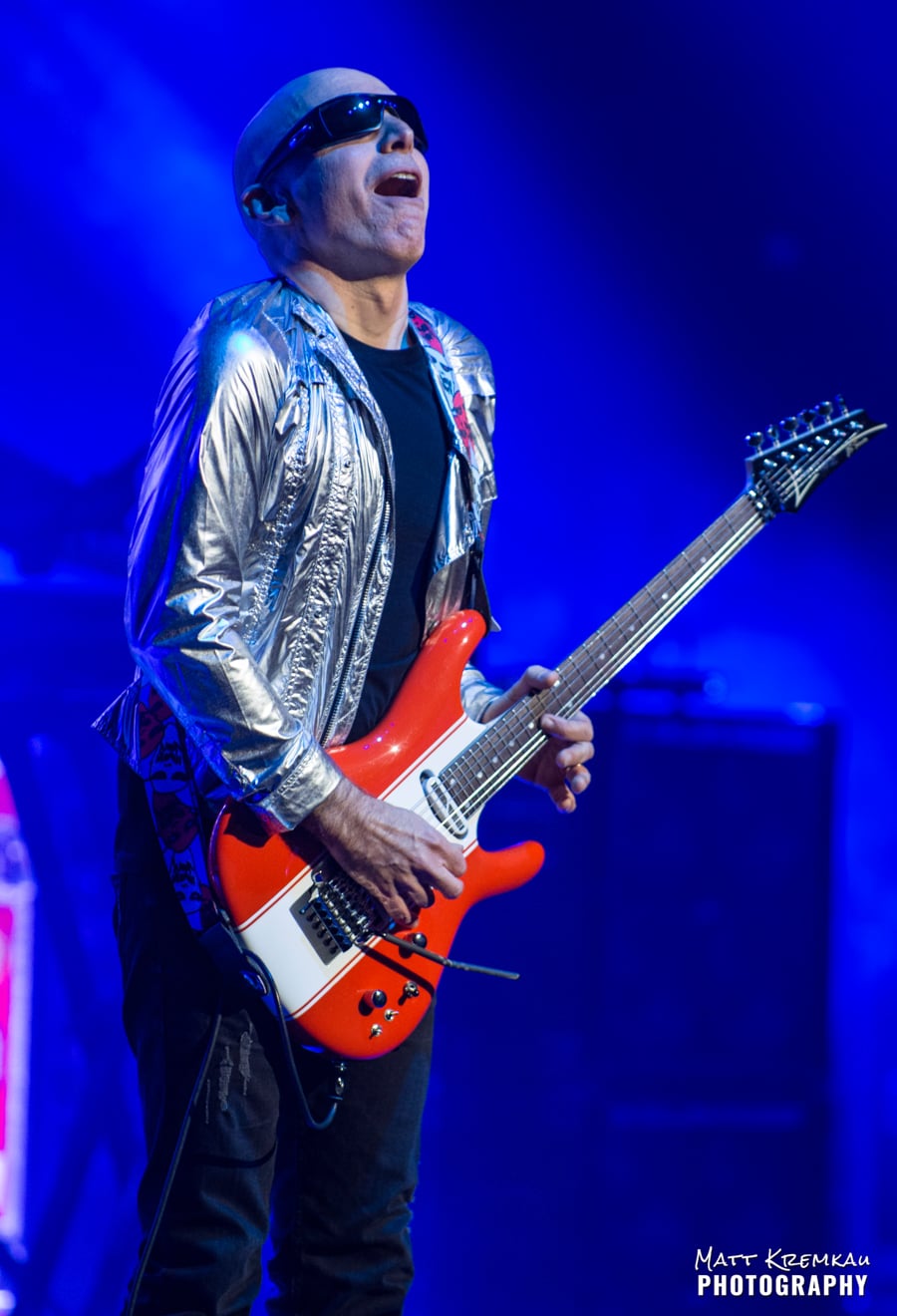 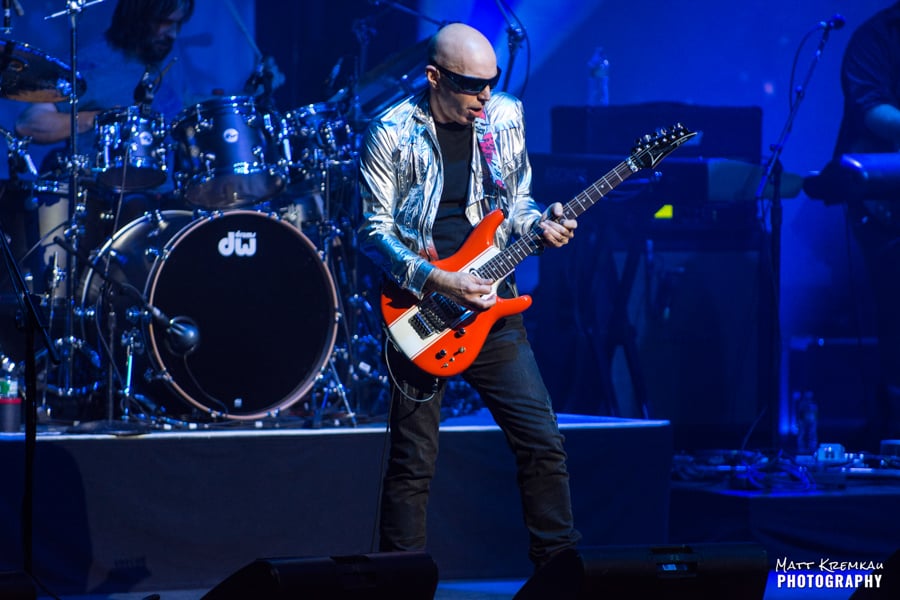 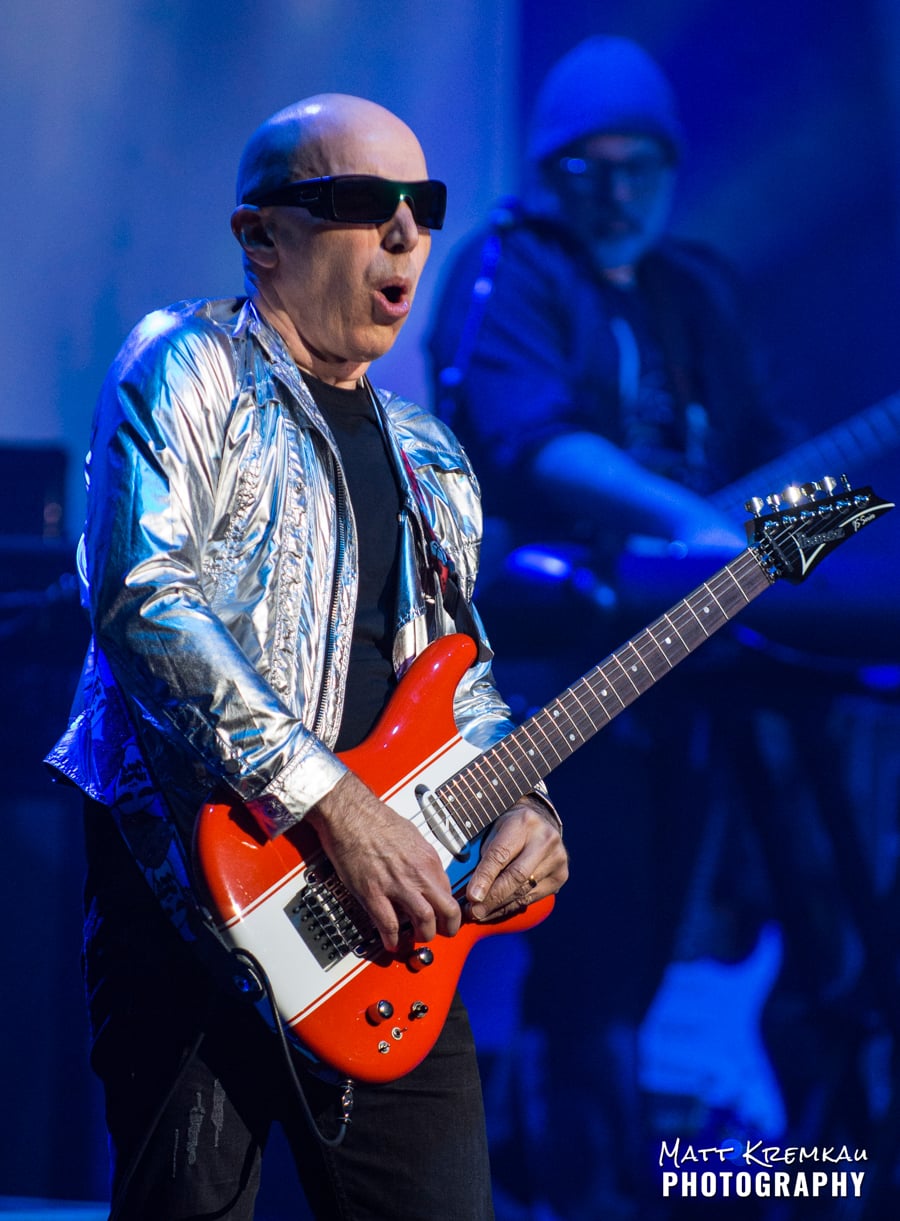 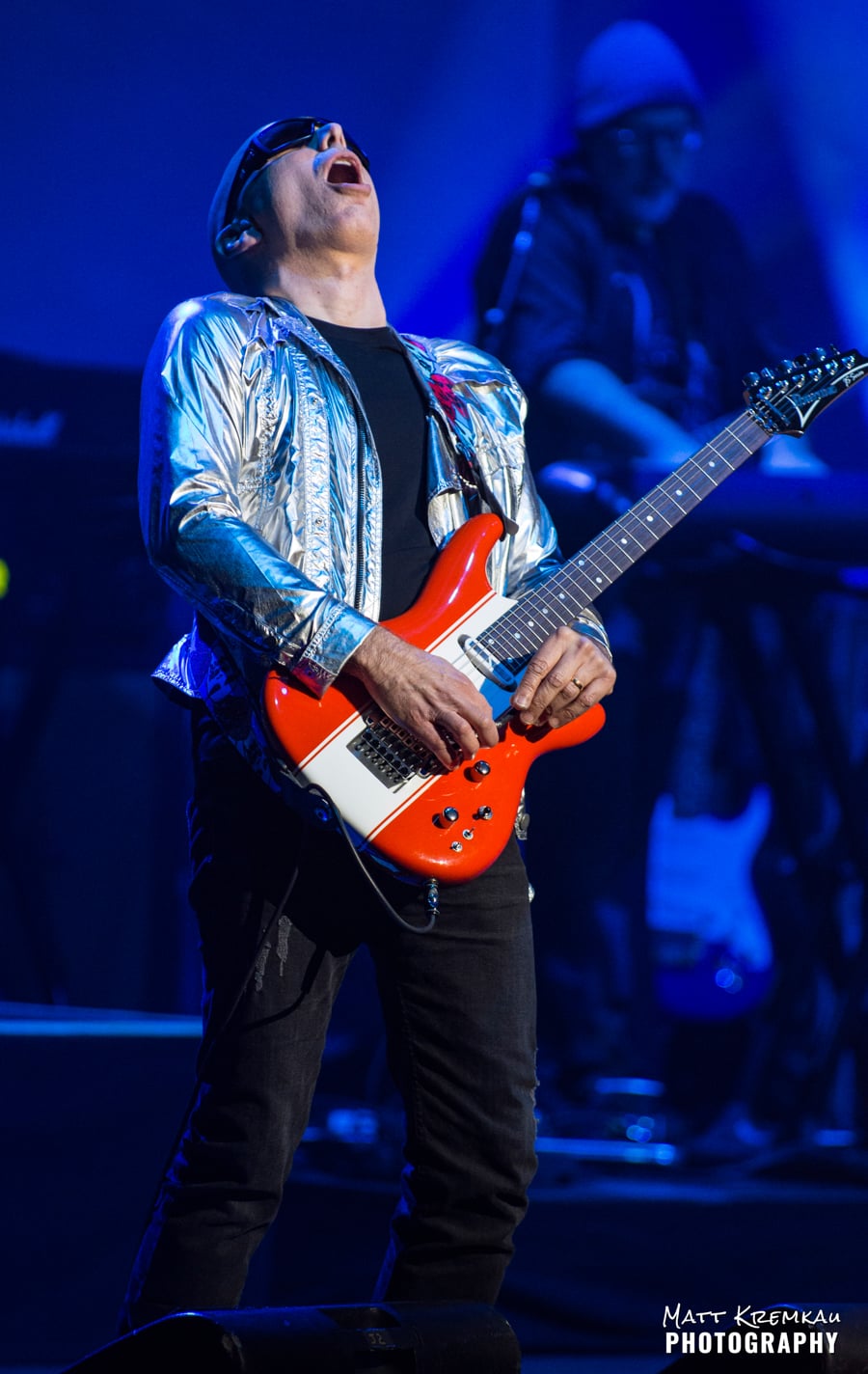 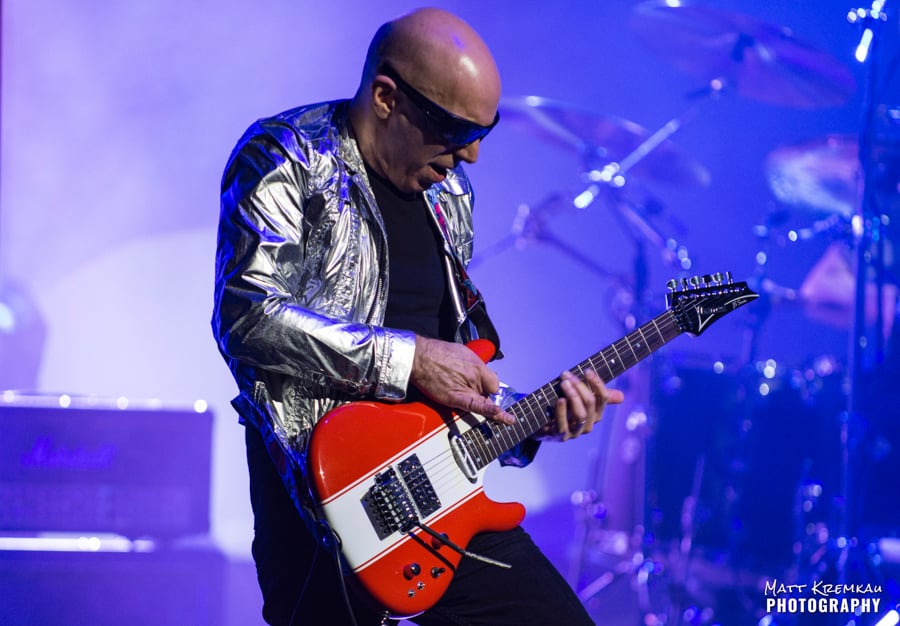 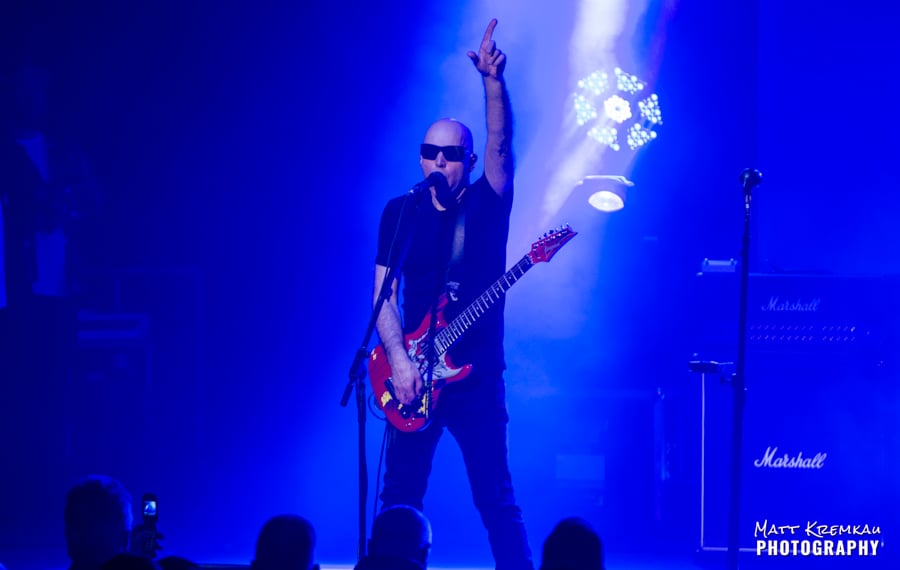 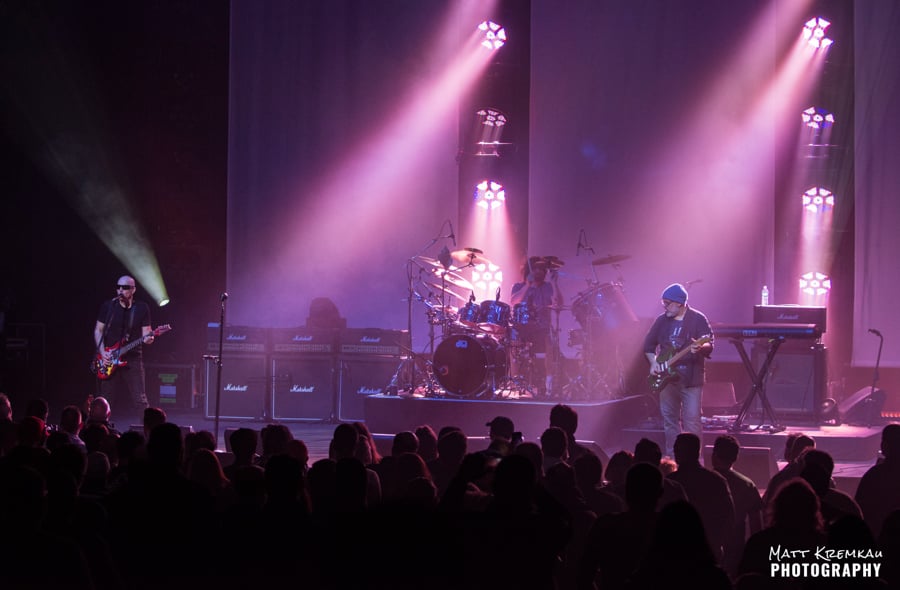 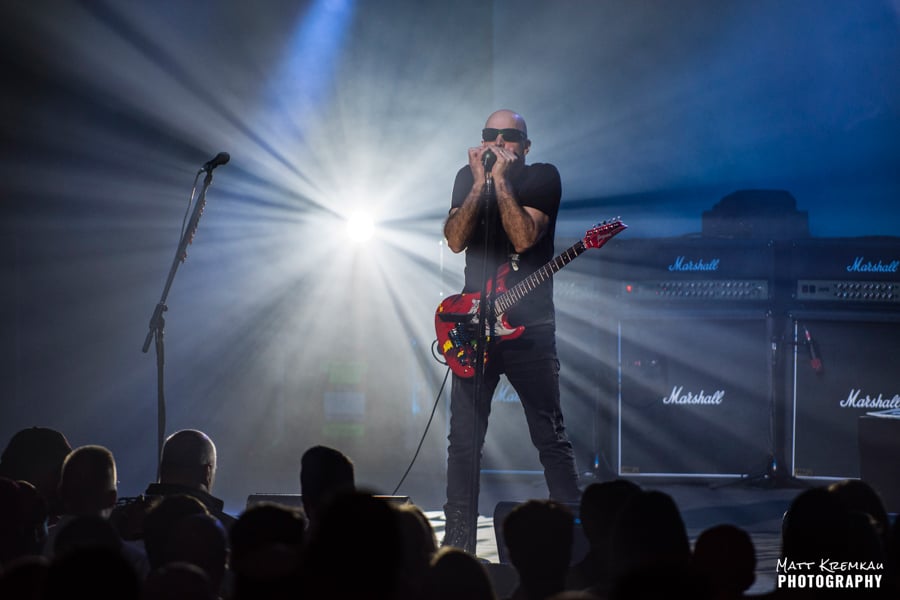