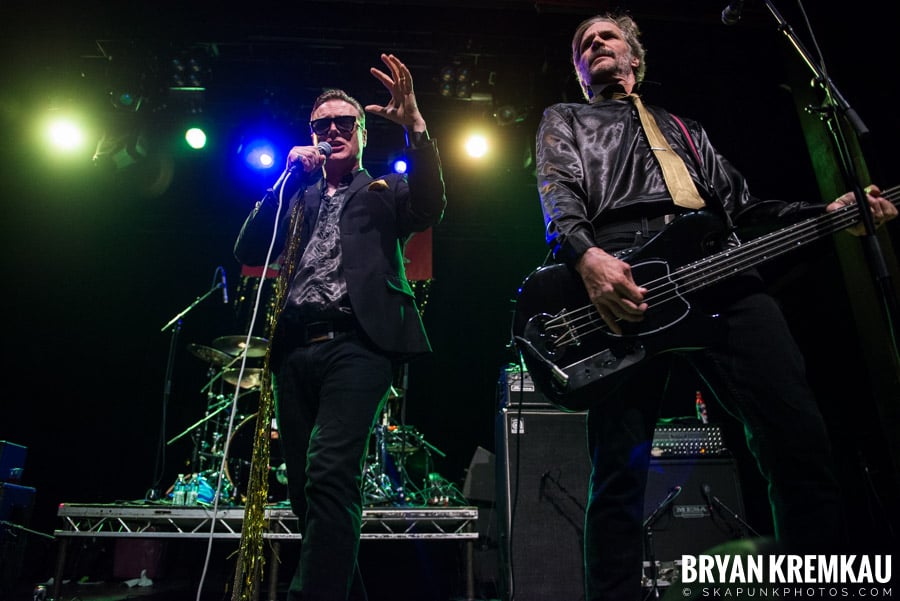 Well, I packed up and headed to the big smoke to see another show at my favorite venue..the Phoenix. This is bar none the best place to see a band. The vantage point from the upper bar area is top notch and conducive to a solid night of cocktails and punk rock mayhem.


Dead to Me was the first of three acts to grace the stage. I’ve become a fan of these guys since the release of Cuban Ballerina’ and was excited to catch them live. Prior to the show I had the opportunity to interview one of the two lead singers. Chicken’ as he is named was incredibly approachable and genuinely seemed interested in the questions I asked him. I was so hoping these guys would rip up the stage so I could write a favourable review. Let me tell you, I was not disappointed. Dead to Me blitzed through Cuban Ballerina with all the raw energy of a band trying to find their home. They played with the zeal that only a young band can muster. There were a couple of small miscues in their playing but their energy and passion overshadowed any of their shortcomings. Chicken, being fresh out of rehab and Jack (the other frontman) played off one another and their vocals were CD quality. A great way to start the evening.

The crowd at floor level began to filter in as Montreal’s the Sainte Catherines were about to take center stage. So, I packed up and headed upstairs to the Eagles Nest’, ordered a round and sat down to enjoy. These guys are a bunch that pride themselves on the relentless touring schedule. Having played upwards of 500 live shows in numerous countries, they are a well oiled punk machine that play perfectly and with an ease only attainable by a select few. Frontman Hugo, plays the crowd like an instrument and his guttural vocals reverberate off your spine. He also attains a high level of coolness for ripping off his shirt mid-set. So what you say? Well, ladies and gents, Hugo is built like Will Ferrell. To see him on-stage ripping through the set and basically saying here I am, take or it or leave it’ is refreshing and totally cool. Fuck you Brad Pitt, here’s what a real man looks like. A body chiselled from long nights on the road partying to the wee hours of the morning. That body is paid for! The music was upper echelon as well. In fact, the Sainte Catherines sounded better live then on their album. The studio recording can’t hold a candle to the unadulterated brashness of their sound live. 2 for 2 boys and girls…2 for 2.

After a lengthy wait…and I do mean lengthy, the headliners finally appeared. I have seen Me First play a couple of times before but never on their own tour. I was really excited to get a whole set out of them. Me First is a band that I truly enjoy to watch because I know what to expect. A good time. They are just a great cover band that makes me feel good while I sing along to songs that I would normally not admit to liking. Looking around the venue, I was shocked to see business men and older’ people there to take in the show. It was hilarious to watch these people bobbing their heads…out of time…and looking on with a strange appreciation for the adulterated classics. It was cool though to see the mingling of two distinct species.

Musically, Me First are spot on to their recordings. Spike Slawson sounds identical to his vocals on CD as does the rest of the band. They played tracks from all their studio releases which was really cool. But what makes a Me First show so enjoyable are the on-stage antics and banter of the band. They all wore matching cowboy suits in support of their latest release and Joey Cape exhibits some serious one-steppin’ dance moves. There are some touching moments shared between Spike and Fat Mike during the openings of some classic love songs. And I never get tired of hearing a band member pipe up before each song and say this next one’s a cover.’ I really enjoyed the show from start to finish. If you get a chance to catch any of these acts you’d be doing yourself a disservice if you let it go by.

Canada, concert review, dead to me, Me First And The Gimme Gimmes, Sainte Catherines, The Phoenix, Toronto