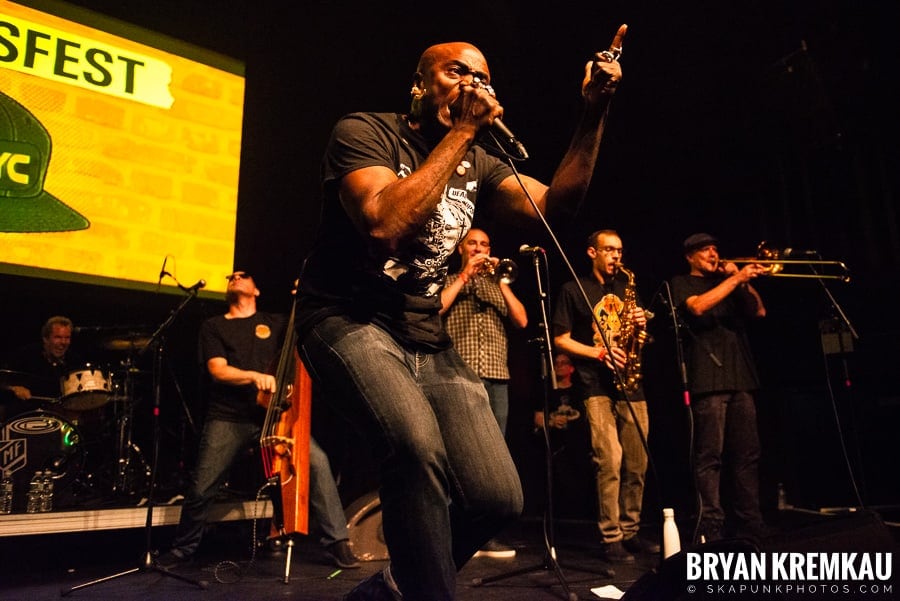 Mephiskapheles returned last night on the Rocks Off Concert Cruise (Star of the Palm Beach) at Pier 40 in New York City. It wouldn’t be a Meph show if Inspecter 7 didn’t play either. Punk/Hardcore band Step 2 Far opened up for the bands. The show had delicious food, a rowdy crowd, and crowd surfers.

The boat started loading people around 7pm, and set sailed around the Hudson River around 8pm. I never been on one of the Rocks Off cruises so it was a new experience for me. I had mixed feelings about being on a boat. You can’t very well leave the show early if you wanted to, but the show ended around 11pm so it wasn’t too bad. I also didn’t like how you couldn’t even see the stage. But the positive aspects is seeing a show in a different setting, seeing the sights around the Hudson river like Manhattan, Jersey City, Hoboken, Statue of Liberty and other things like that. It was too crowded to go outside and see the views from there though.

Step 2 Far played first. I’ve sworn I’ve seen these guys before but not sure. They looked familiar. They are a NYHC/ punk band and were pretty good. They got the crowd riled up and moshing a little. But for the most part, the crowd was tame for these guys than they were for Inspecter 7 and Mephiskapheles.

I decided I wanted to get up front for Inspecter 7 to take some photos, because oh it’s a ska show. It won’t be THAT rough. Well it was haha. As soon as Inspecter 7 started playing “Spy Front,” it seemed like the entire boat was up front pushing & shoving. It got so crazy up front at some points I almost went head first into Travis of Inspecter 7. The bouncer had to push everybody back so they wouldn’t topple the band. I tried to take pictures as best as I could but it was kind of hard when taller people were in front of me and other photographers raising their cameras up too. It just wasn’t an ideal place to shoot.

At one point in the beginning of the set, with all the pushing and shoving, the boat was turning and got quite wobbly. You know that scene in Pirates of the Caribbean: At World’s End when they are trying to tip over the boat, that’s how it felt haha. One side of the boat went to one side, and then everybody went back to the other side. It was a little crazy for my liking so I got out of there before my camera got wrecked. I decided to just watch the remainder of the show in the back. Inspecter 7 played one or two new songs(new album coming!) and played a lot of the favorites like “Regret,” “The Game,” “Sharky 17,” “Sleeping with the Enemy” and “Hub City Stompers.” They ended with “Reshape” last night, which was fitting since it’s Halloween time. It’s got that eerie sound. During that song and a few songs at the end, some people were Crowd surfing. I found it amusing since they were practically at the ceiling of the boat.

Mephiskapheles is going through a weird state these days. Brendog & Mikal Reich have their acoustic “tribute” band for Mephiskapheles. Andre has his Mephiskapheles band with members I don’t really know. I honestly couldn’t see the band last night so I don’t even know who’s in the band now. Probably the same lineup as the one that played back in June? For Meph fans, it’s like trying to decide which divorced parents to see more frequently. It’s kind of awkward honestly haha.

I didn’t get any photos of Mephiskapheles because there’s no way I was going back up front again with how much crap I had to deal with for Inspecter 7’s set. It felt like everyone up front was 6”3 and taller too. I’m like 5”7 so I said fuck it and just sat back for their set. They played “Mephiskapheles” first of course, which got the crowd going immediately. They played songs from their three full length albums, favoring the first two obviously. The third one has a few songs that are decent but that album I was never really a fan of.

“Centre Of,” “Bad John,” “Break Your Ankle Punk,” “Bad Toupee,” “Satanic Debris” were some of the songs off the top of my head that were played. “Bad John” and “Break Your Ankle Punk” sounded great to me. For the most part, it was great hearing some Meph songs live again. Unfortunately the PA system crapped out half way through the set then Andre sounded like he was singing in a trunk of a car. The crowd helped things out and sang along anyway, which helped for people that weren’t up front.

Towards the end of the set, my favorite and everybody’s favorite Meph song was played, which was “Doomsday.” That got the entire boat dancing in their spots. They finished off their set with their usual closer, “Bumble Bee Tuna.”

The show last night brought back memories of old when shows used to be this rowdy and sometimes fun. But at the same time, those type of shows are a pain in the ass to shoot unless you’re like 6”5. Not sure how often Mephiskapheles will be playing or this was just a one-off show, but looking forward to seeing them, but maybe in a venue with a stage next time.

Check out some of the photos I got last night. Little bit more will be on SkaPunkPhotos.com. 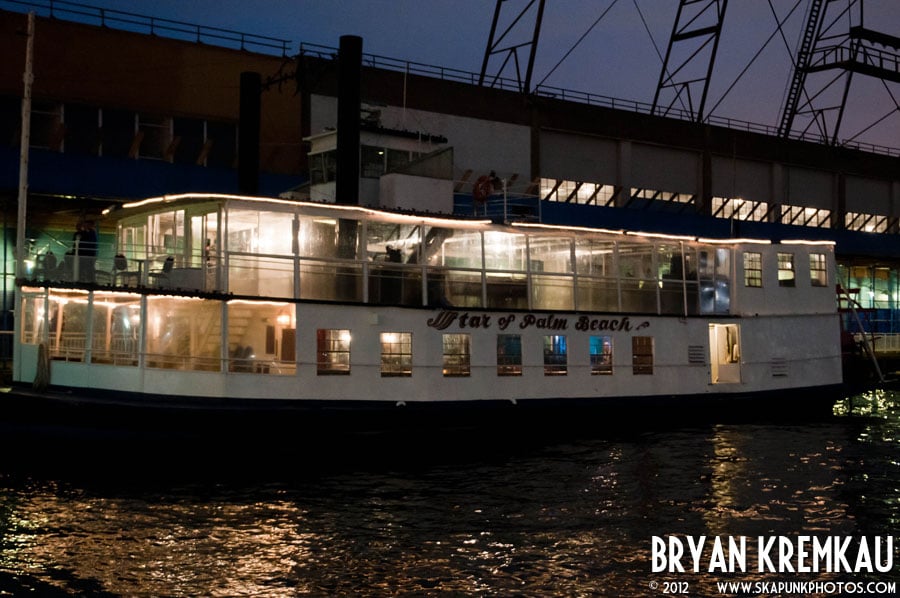 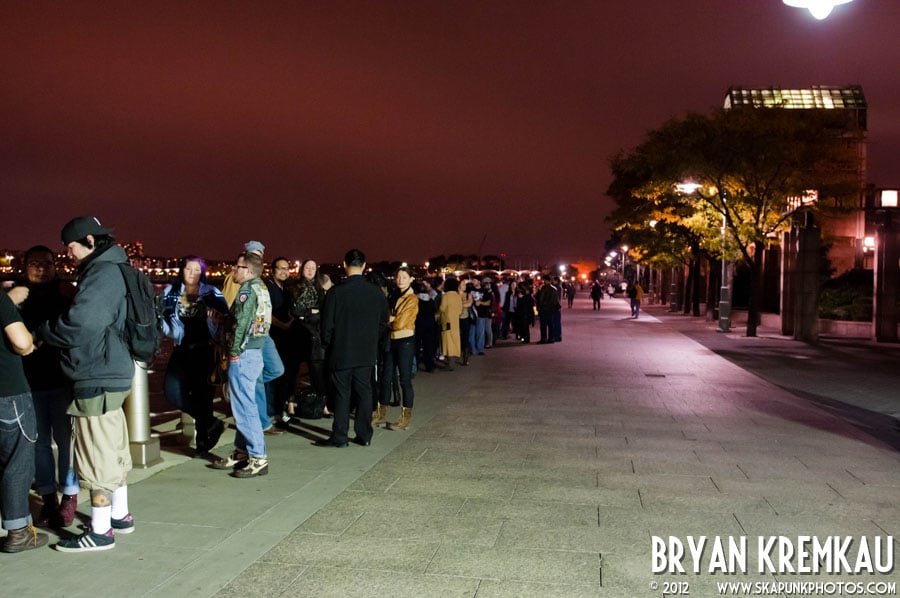 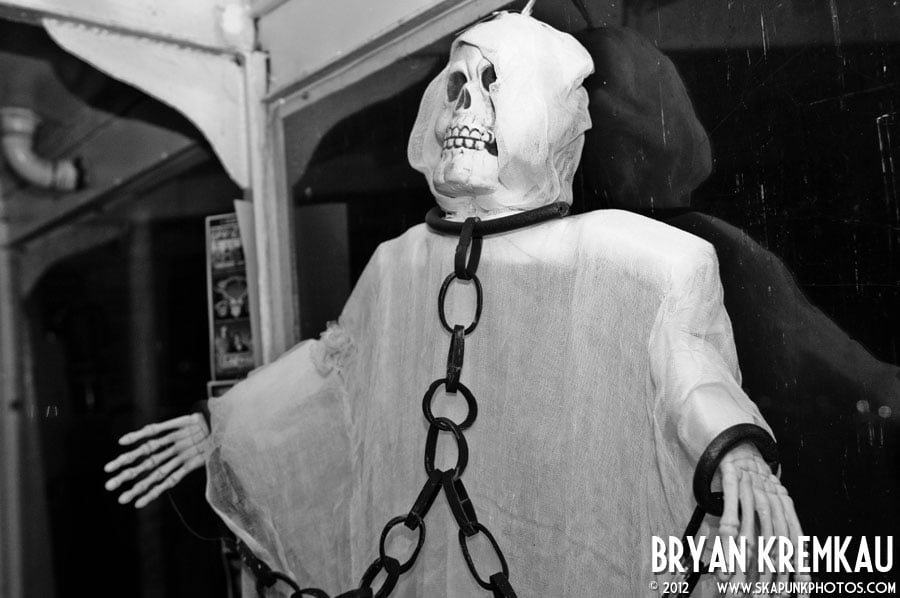 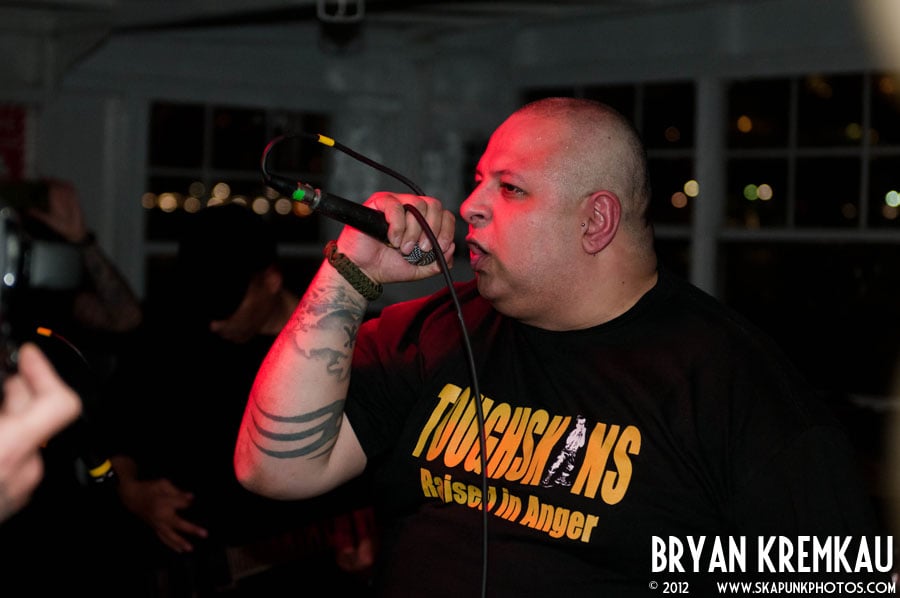 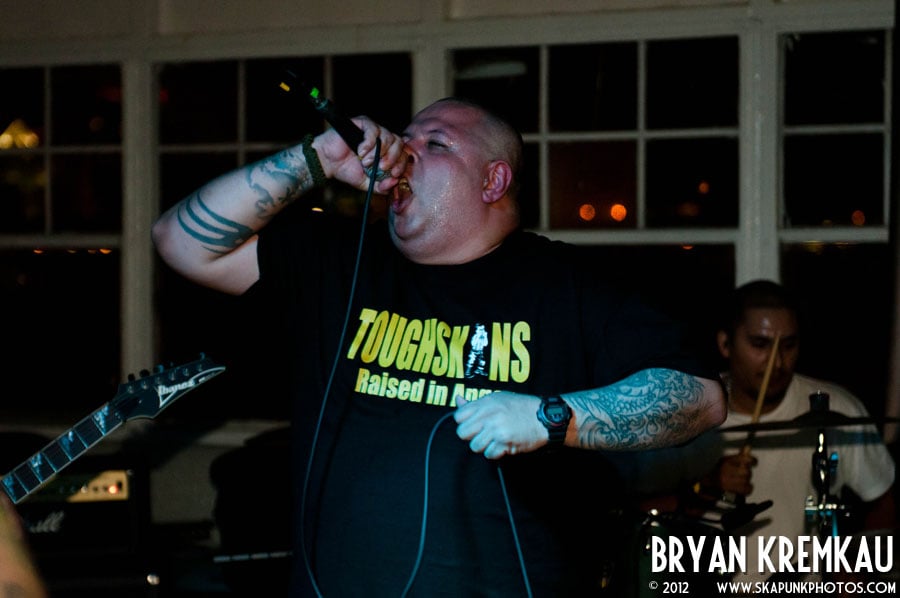 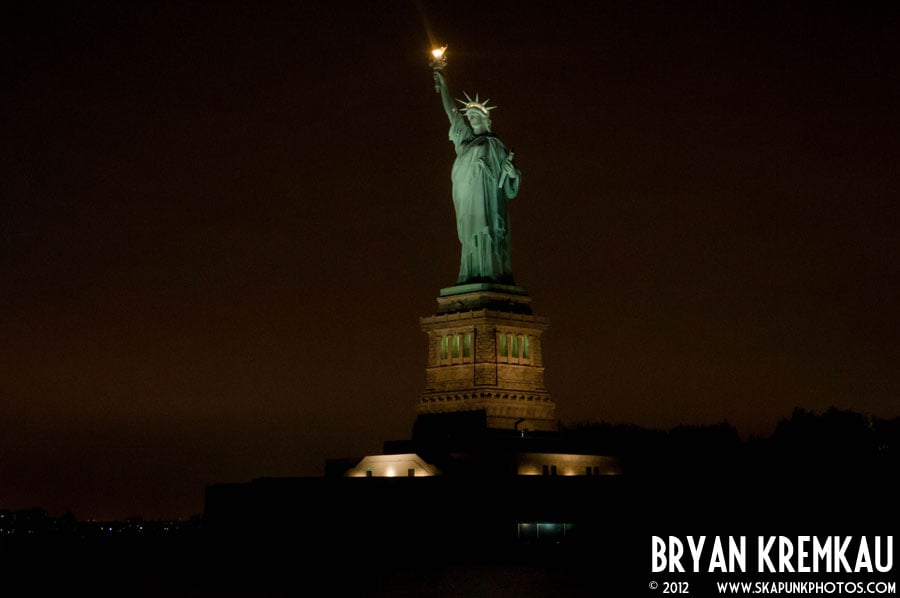 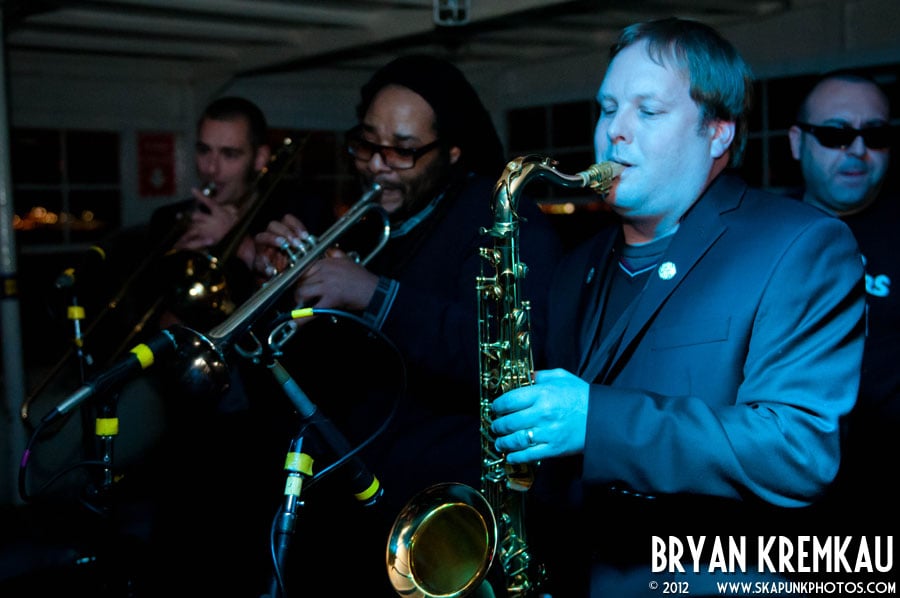 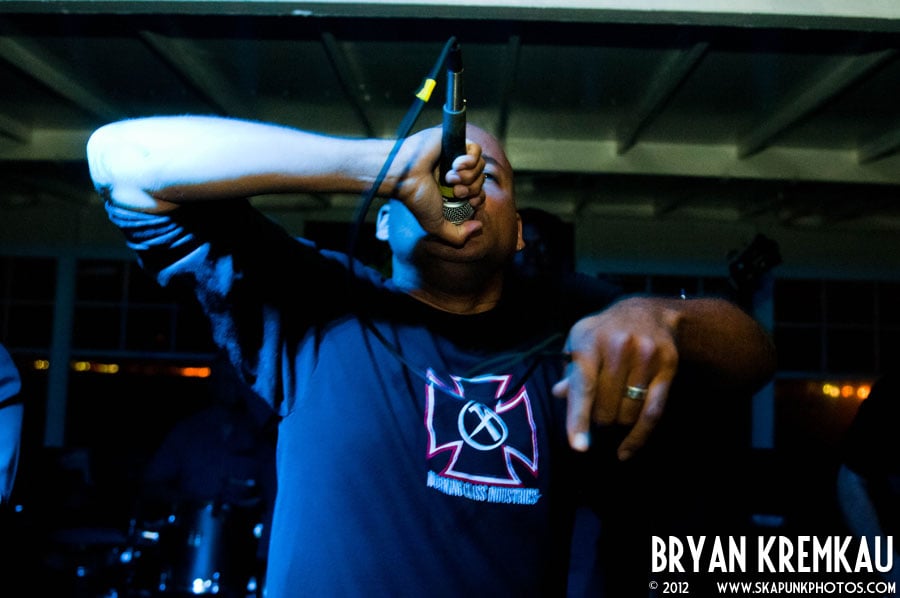 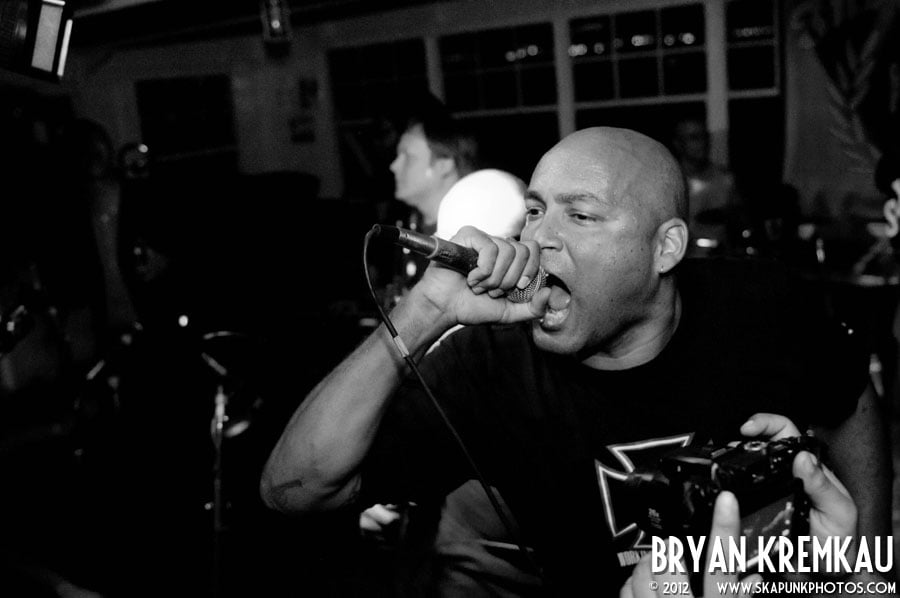