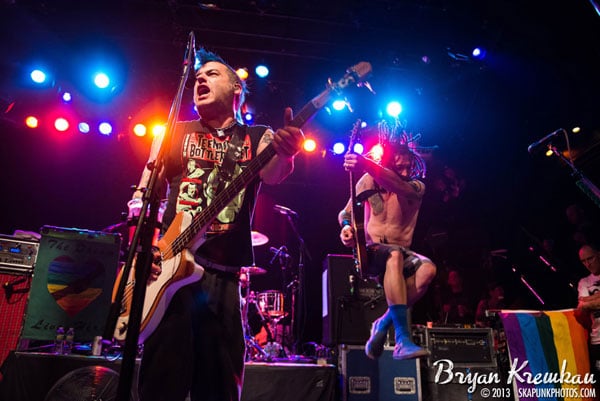 NOFX announced this tour in the Fall and most of the dates sold out pretty damn quickly. I was one of the lucky ones to watch the long-running punk band play a bunch of songs from their 30 years of existence. It’s been 30 years right?

For some reason, Irving Plaza was advertising that Dillinger Four and Masked Intruder were opening but that wasn’t the case. Not sure if that’s who touring with them for a Winter tour but The Implants and The FUs from Boston opened up the show. It definitely caused some confusion with some of the people I talked with before the show.

The Implants were first and were excellent! The band consists of members of Strung Out, Ten Foot Pole, Pulley, and The Tank! I didn’t know what songs they played but they plowed through a half hour of material or so. Towards the end of the set, Rob Ramos’ cousin Jimmy Gestapo of Murphys Law stopped by and sang “Beer.” The Murphy’s Law horn section stopped by to play as well. Murphy’s Law ended up leaving from there to play in CT so to play a quick 2 minute song with your cousin is some dedication! I recommend getting to the current NOFX tour early to check out The Implants.

The FUs from Boston played next and went a little bit longer than The Implants. I guess they have a right to be since they are a classic hardcore punk band and have been around since the early 80s. I don’t think everybody liked their style of hardcore punk, and some people were screaming “Fuck Boston” throughout their set. Some people were being thrown out of the venue during their set too but might have been the 1 or 2 drunk & high guys that were sticking out too much. The singer was saying you’ll have to endure them a little bit longer before NOFX came on. I thought they were okay but think they would have been more suited for smaller clubs.

NOFX came on stage with lack of fanfare. Slowly they came on stage, got their drinks and started off the set with “60%” from their Wolves in Wolves Clothing album. The band was their usual selves: making jokes, forgetting lyrics, acting like goofballs, making fun of the crowd, themselves, etc. I’ve been a fan of NOFX for several years but I haven’t listened to every single album they put out. So some songs that they played last night, I wasn’t familiar with but you don’t need to know every single song to enjoy their shows. They know how to entertain a sold out crowd that’s for sure.

Some of the highlights for me included “Bob,” “Murder The Government,” “The Moron Brothers,” (even though Fat Mike was laughing and forgetting the words), “Seeing Double at the Triple Rock,” and “Linoleum.” I believe they ended up playing the long-ass song “The Decline” somewhere in the middle there but I actually never heard that so can’t confirm it. I know, I know, how could I never have heard an 18 minute punk rock song before?! I don’t think my ADD can handle it. They finished their hour long set with “Perfect Government.”

The band came back after taking a short break and ended up playing “I Wanna Be An Alcoholic,” followed by “Dinosaurs Will Die” and “Stickin’ In My Eye.” The final song of the evening was “Kill All The White Man.” It would have been nice to hear songs like “All Outta Angst,” “Franco Un-American,” “The Longest Line” or “Philthy Phil Philanthropist” too instead of “The Decline” but that’s just my opinion. The show was still awesome and like them or hate them, NOFX know how to put on a fun show!

Here are some of the highlights from my photos! See them all at SkaPunkPhotos.com 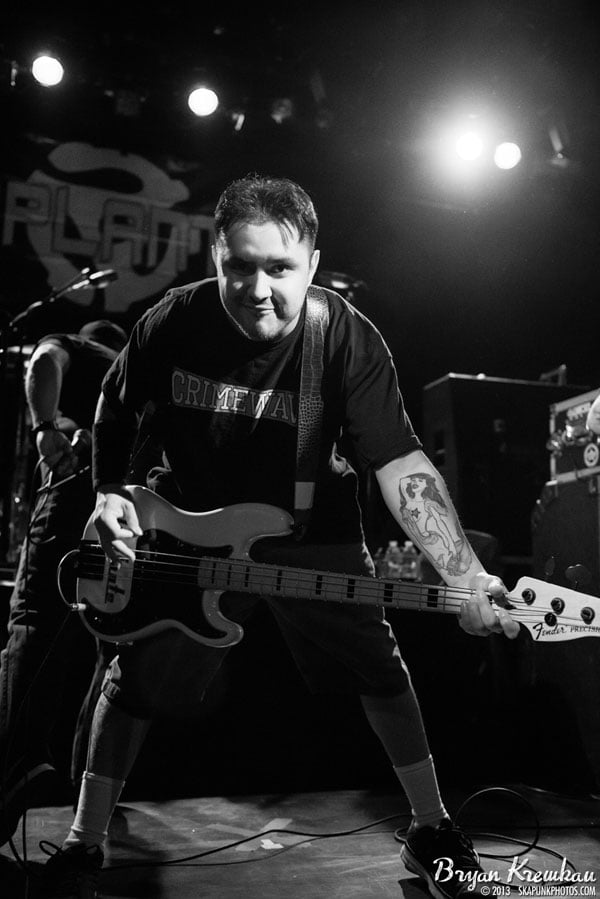 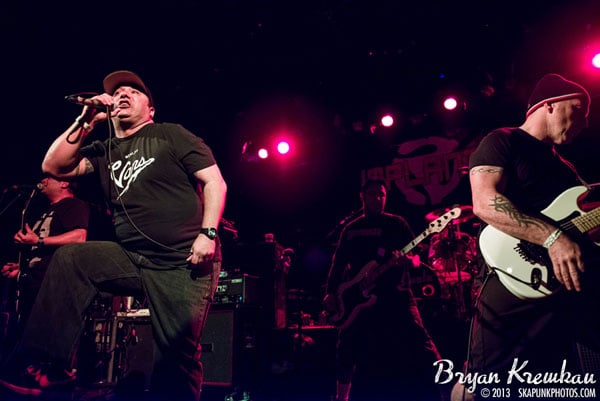 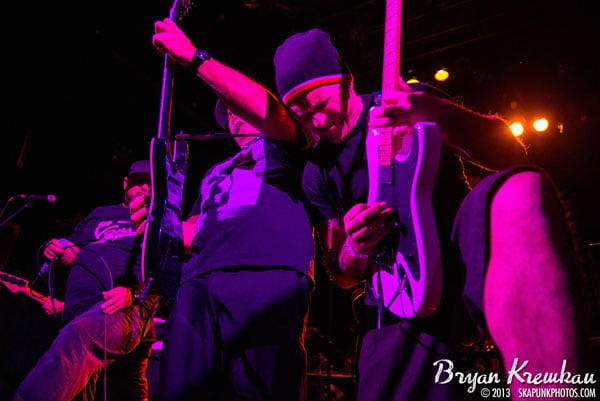 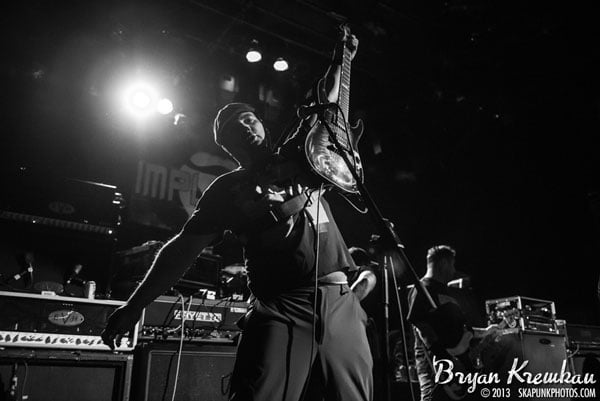 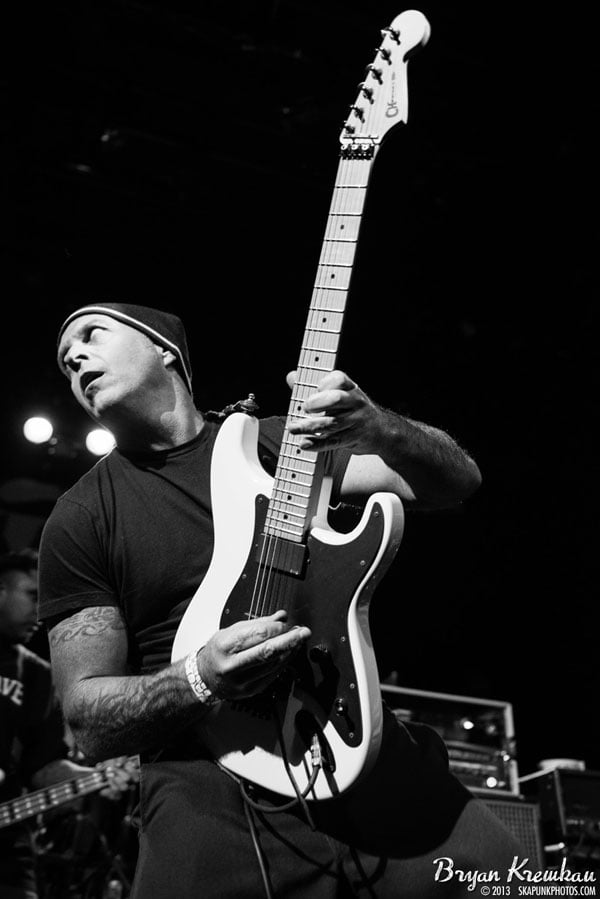 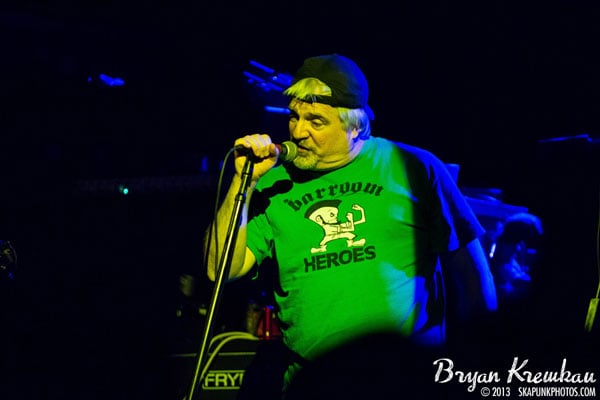 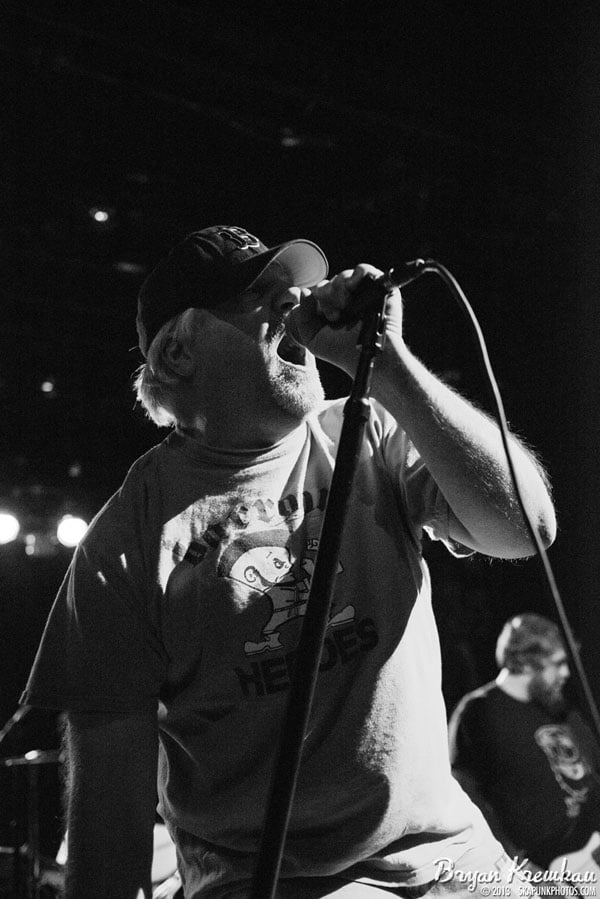 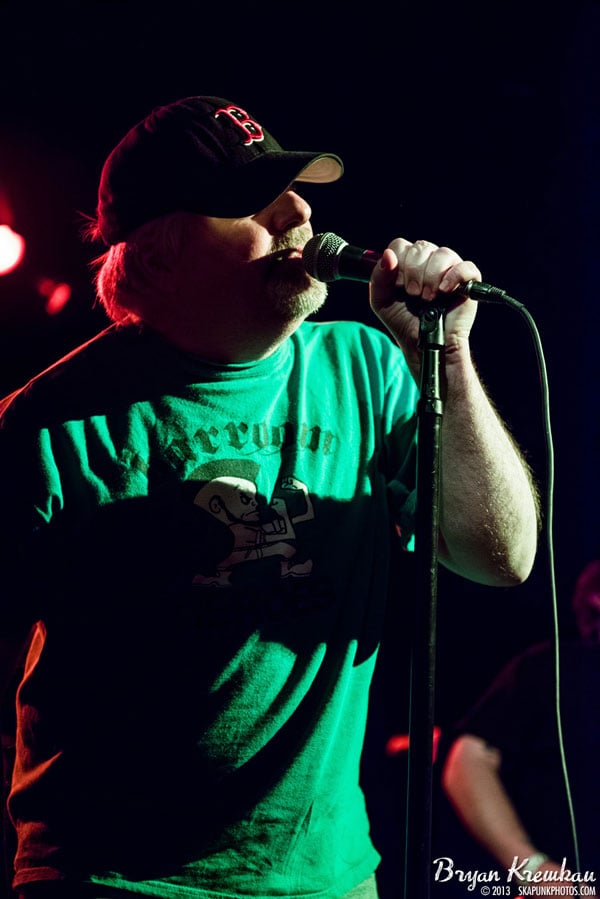 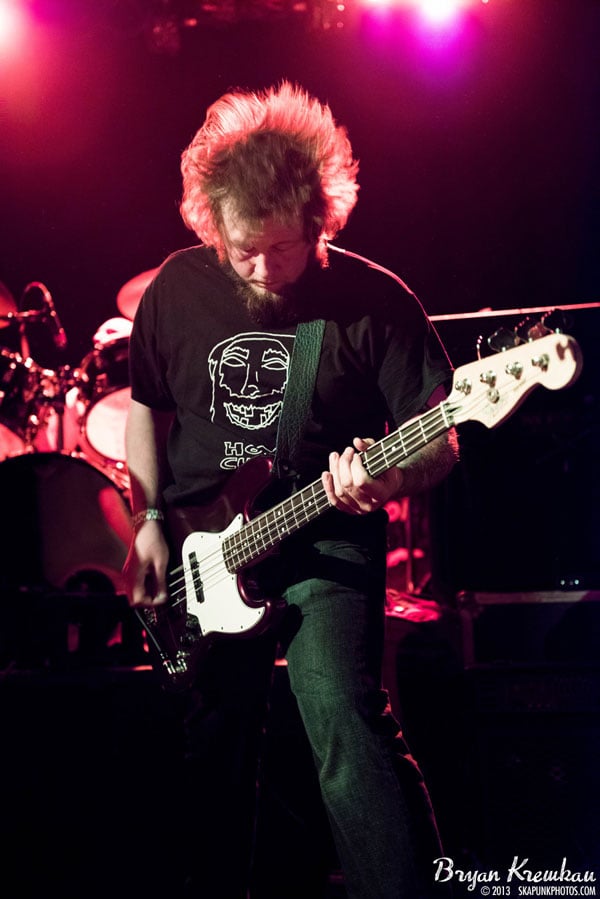 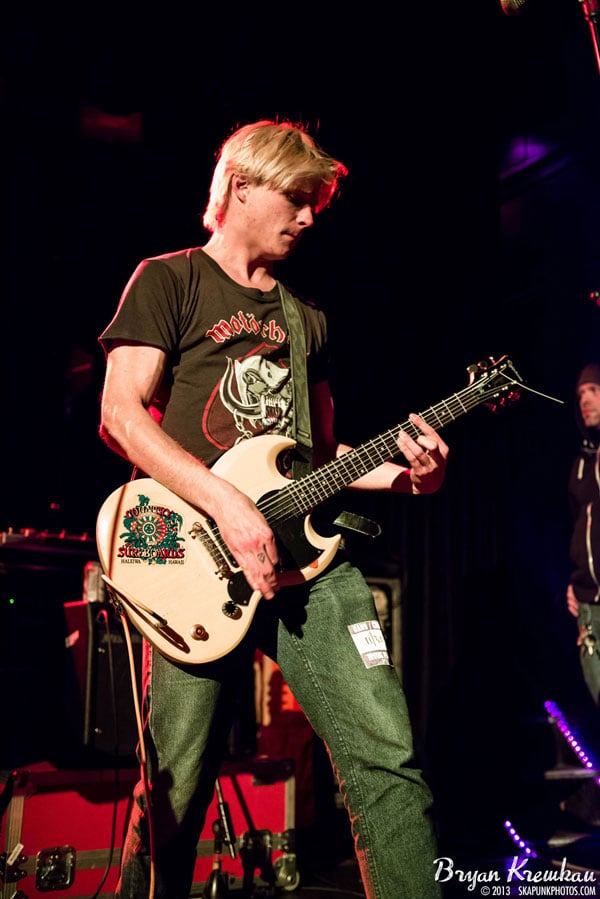 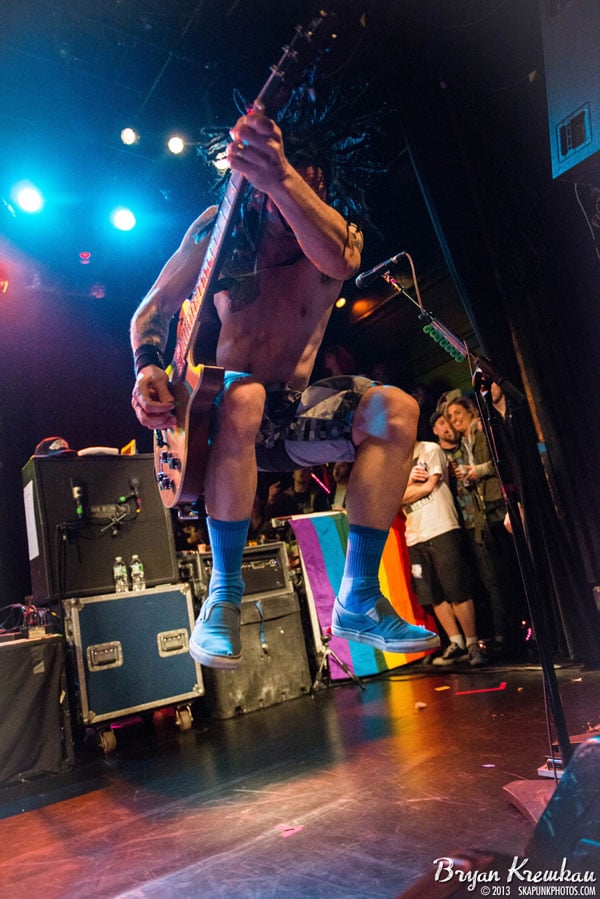 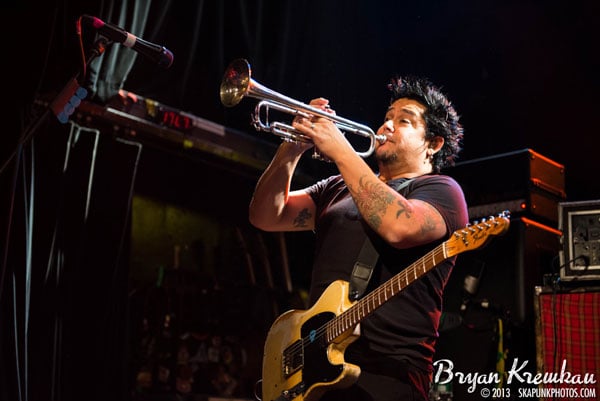 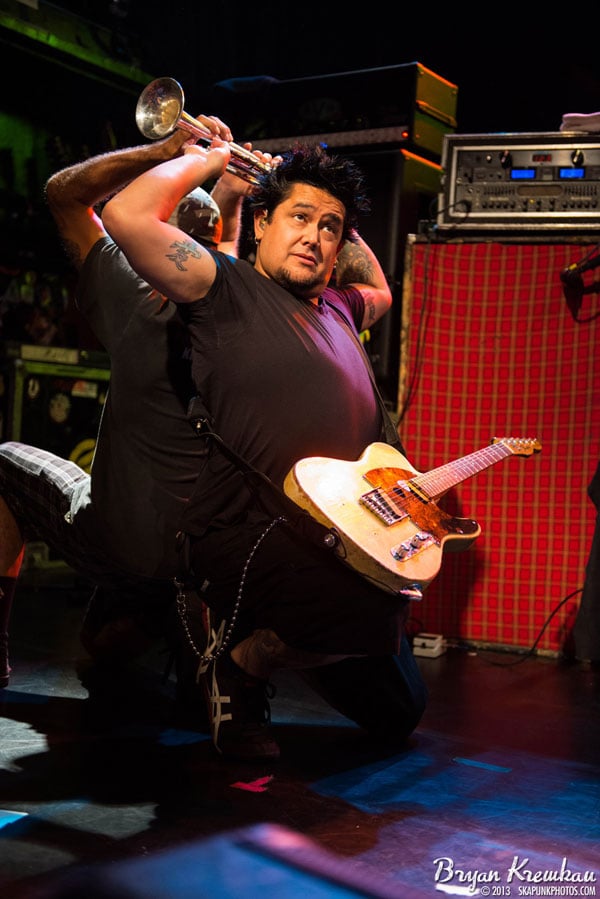 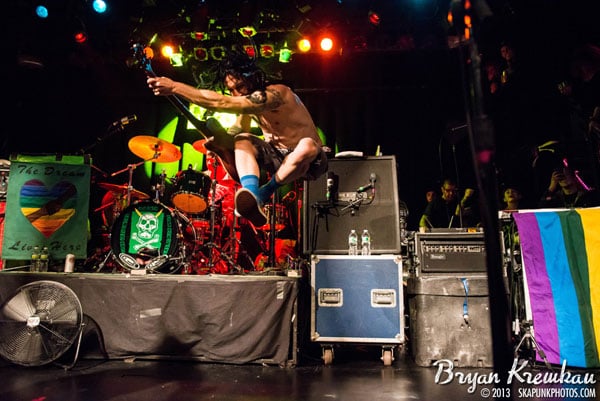 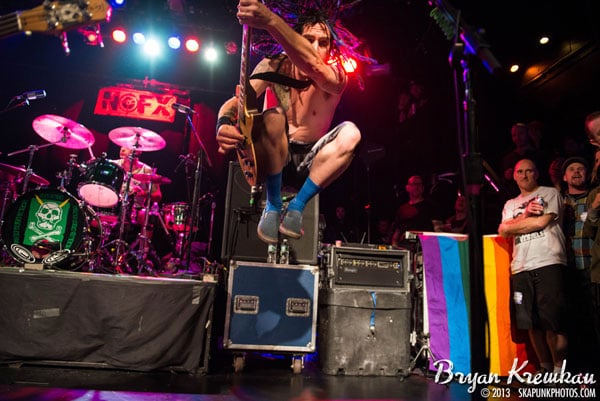 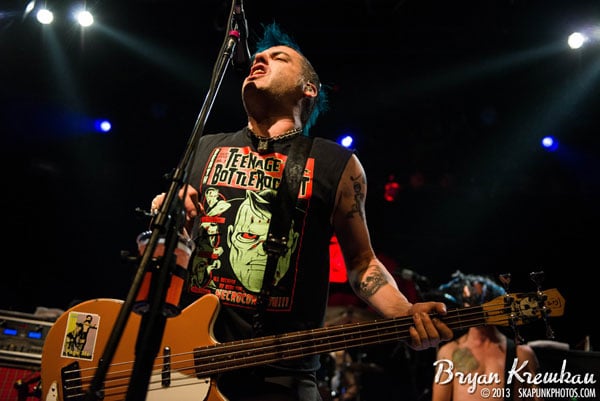 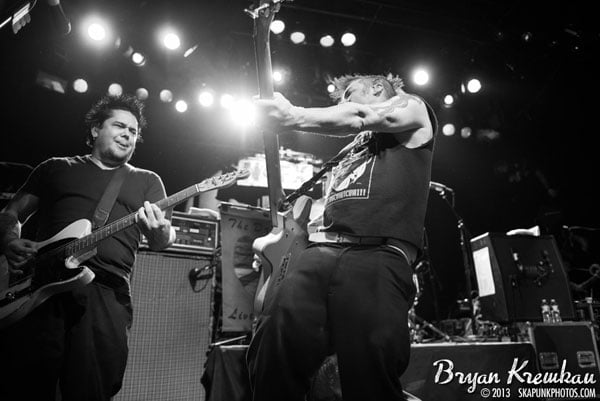 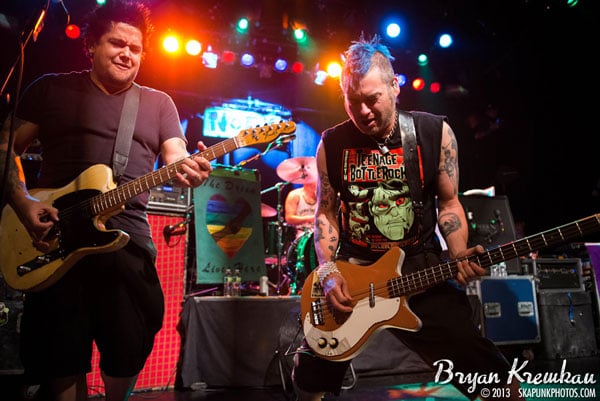 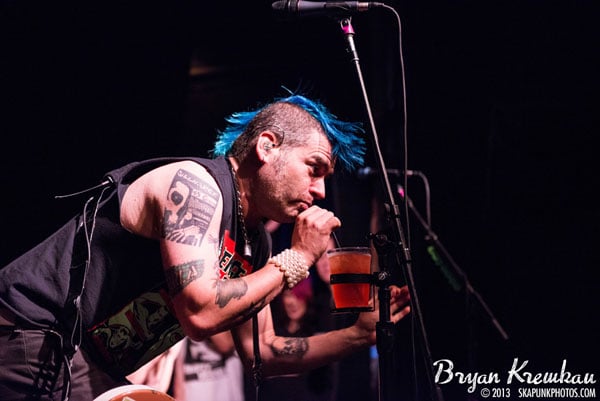 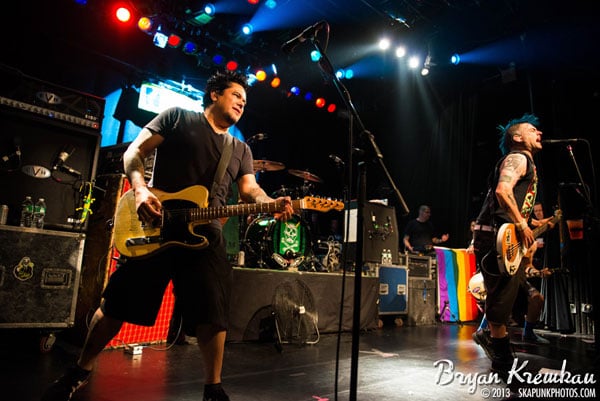 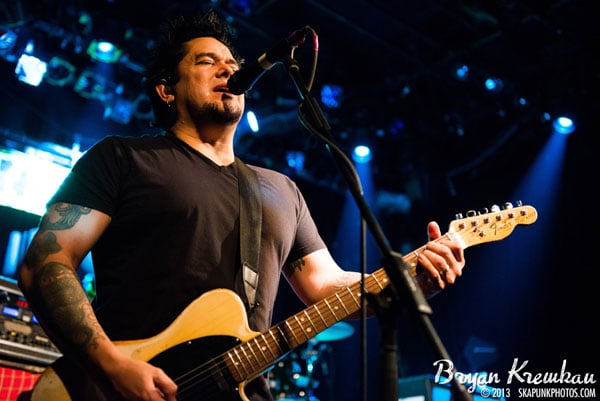 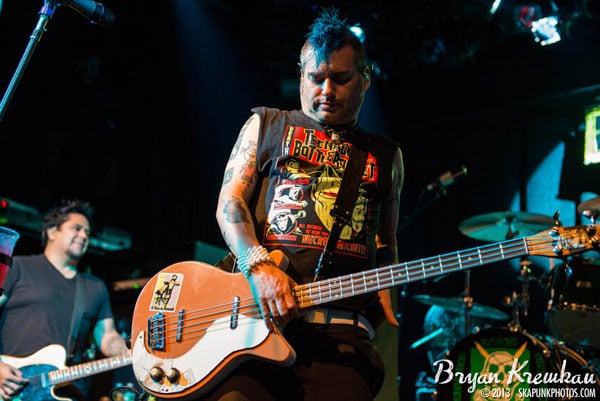 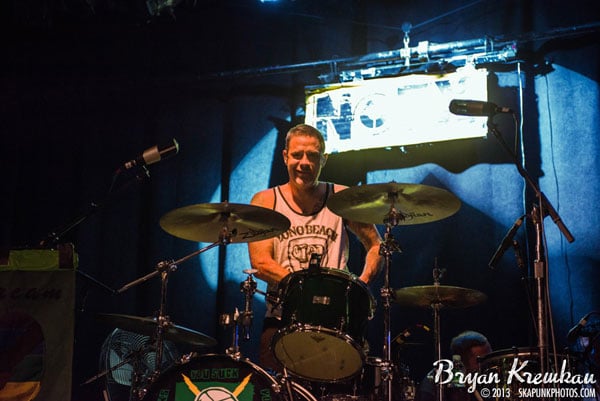