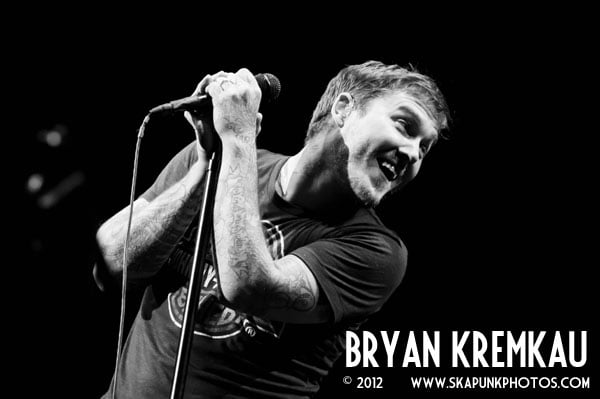 The Gaslight Anthem played New York City last night, the same day as their major label debut “Handwritten” was released. The sold out crowd wasn’t going to let the heat stop them from seeing the band perform in a smaller club!

Dave Hause of the Loved Ones opened up the show and played for about 40 minutes it seems. I never saw Dave (or the Loved Ones for the matter) live before but was digging his music a lot. I don’t know what was played since I don’t know his music but I do remember him playing “Coma Girl” by Joe Strummer. The guys from Gaslight Anthem and others joined Dave on stage to play a song for the last song in the set. The crowd loved his set and I’m definitely going to check out his music now. He’d be a perfect guest on my upcoming video series BeforeTheConcert.com. *cough* *plug*

I haven’t seen The Gaslight Anthem since 2008 when The ‘59 Sound came out. That was in a tiny, tiny club in Wilkes-Barre PA and it was an insane show. The show at Webster Hall was little different, just because the venue was a lot bigger. The band has been playing big and small venues, stadiums, festivals,etc. since then. They are still one of the best live bands out there right now, and always bring great energy. Having the crowd singing along and jumping all over the place doesn’t hurt for atmosphere either.

The Gaslight Anthem started things off slowly with “Mae.” Mae is one of their new songs but I still think “Great Expectations” or something else would have been a killer opening song. After that, things picked up. The band went into the song that got them into the spotlight, “The ‘59 Sound.” That song still gives me goosebumps when listening to it live. I think fans have found a new favorite song from the band because they went crazy when their new single “45” was played next. That’s definitely my favorite track off their new album “Handwritten.”

As you can expect, the new album was heavily represented like “Howl,” “Handwritten,” “Here Comes My Man,” “Mulholland Drive,” “Keepsake,” and “Too Much Blood.” A lot of older material was played throughout the set as well though. I particularly loved hearing the older stuff like “Old Lincoln,” “I’da Called You Woody, Joe,” “The Diamond Church Street Choir,” and “Here’s Looking at You, Kid.” As far as the new songs go, I really like them but some take a few listens to get into. One or two songs venture into Soundgarden territory and I’m not crazy about Soundgarden. But for the most part, new album sounds awesome! I think I like some songs even more now, after hearing them live.

Gaslight finished the set with “Too Much Blood” and came back for a long encore. I only stuck around for a few tracks in the encore unfortunately since I have an early commute to work, and I couldn’t really see the stage anymore. But Brian came back to play a Fake Problems cover and then went into “Great Expectations.” The last song I saw them play was “Senor and the Queen.” I believe they played 5 or 6 songs more after that.

If you ever get a chance to see Gaslight Anthem perform, be sure to do that! I would highly recommend seeing them in smaller venues since I think their style, their music and energy is more fitting than those larger venues. 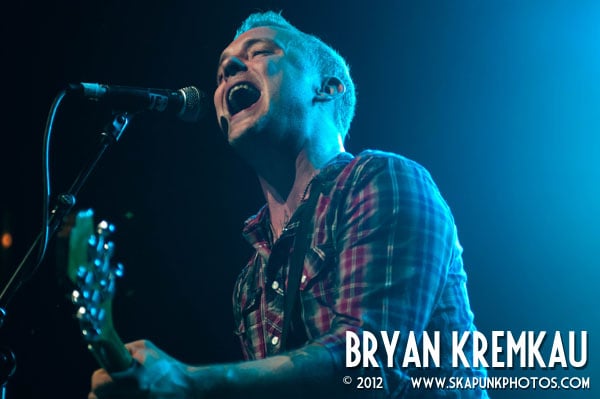 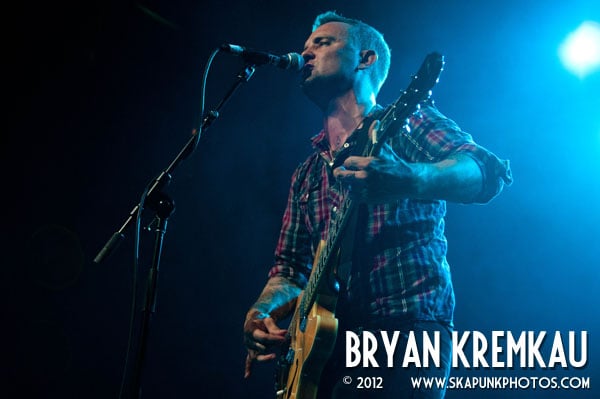 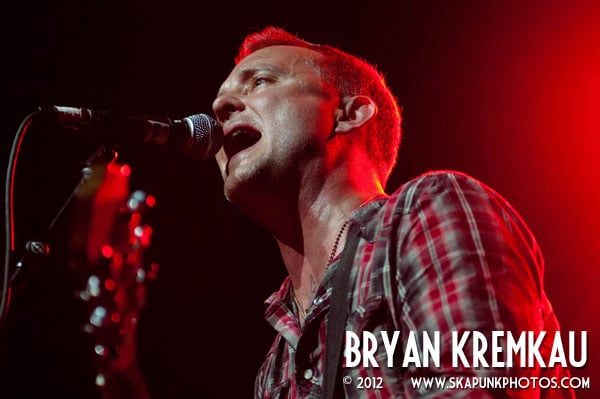 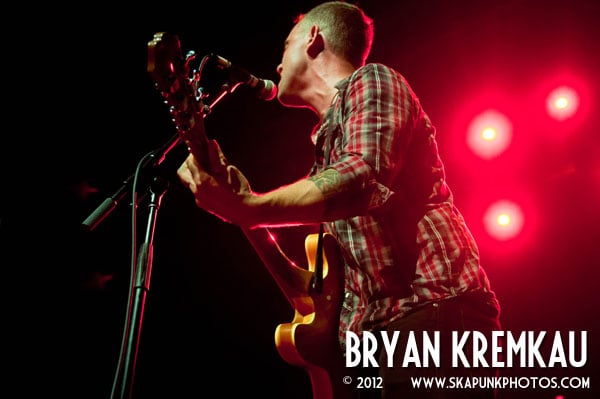 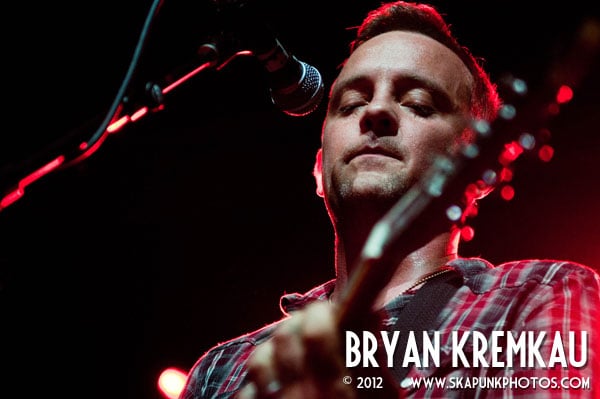 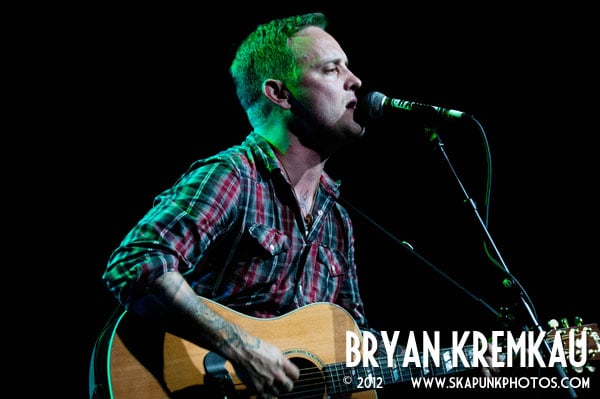 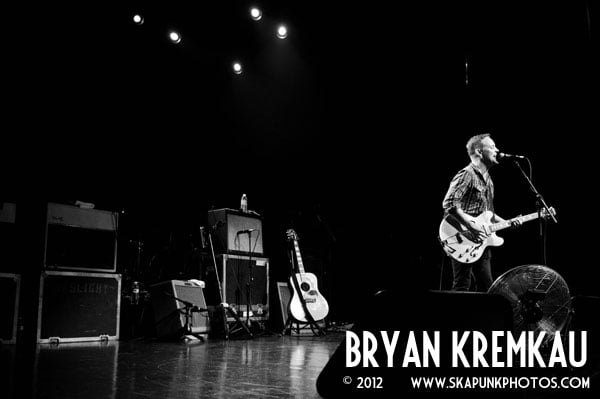 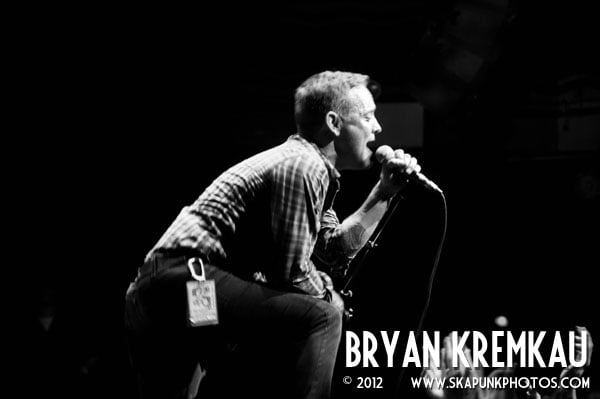 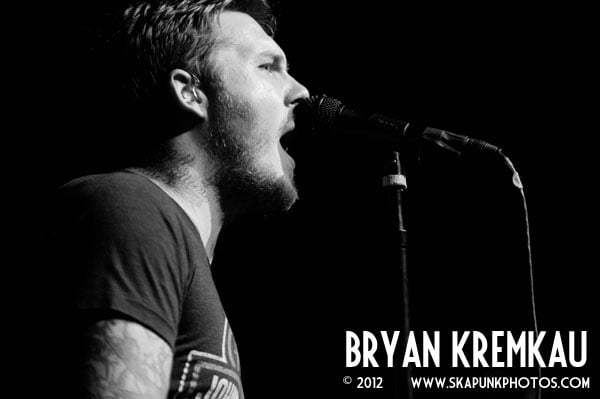 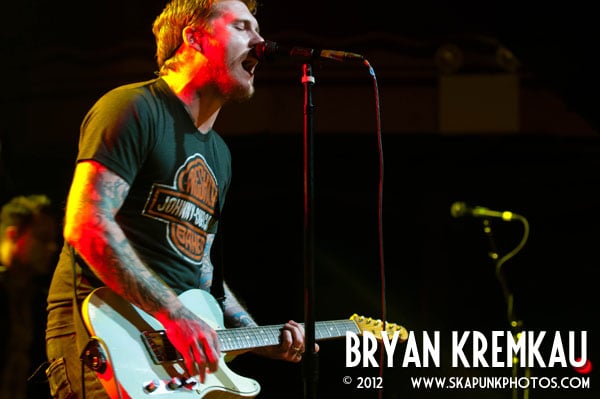 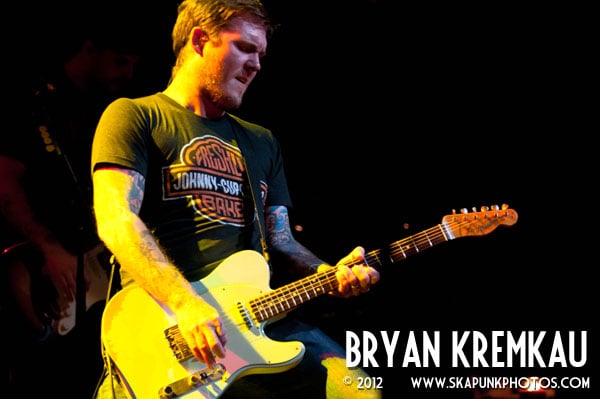 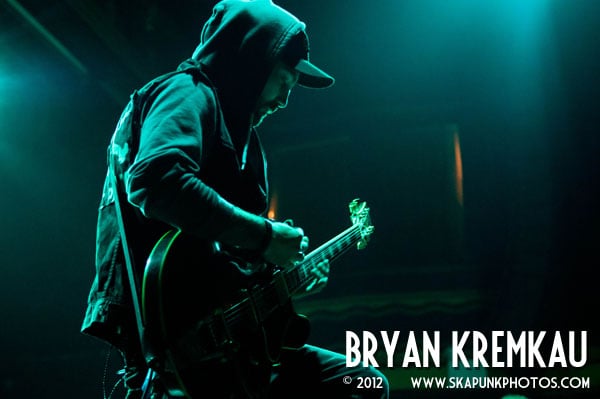 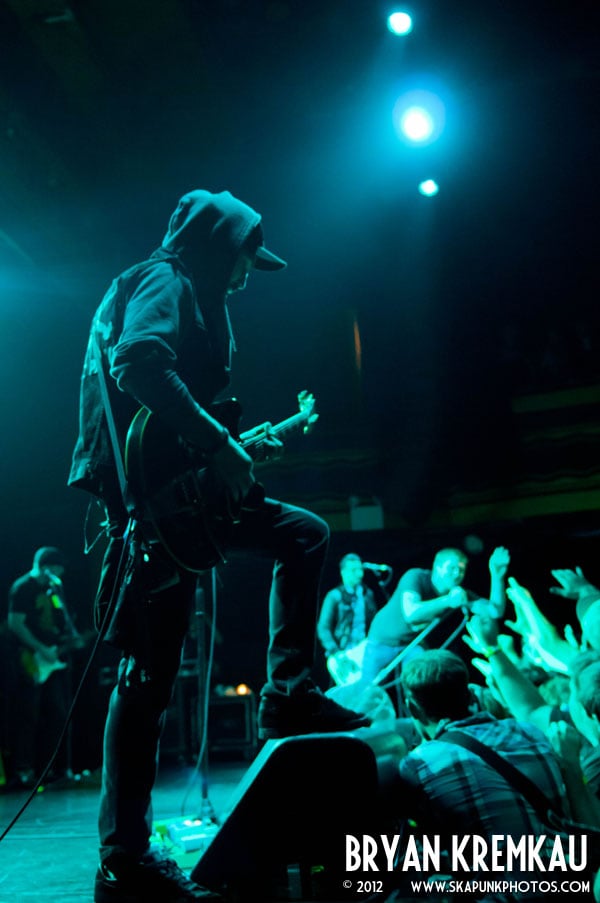 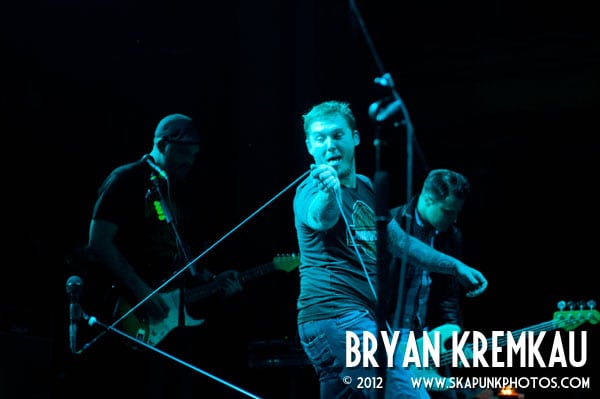 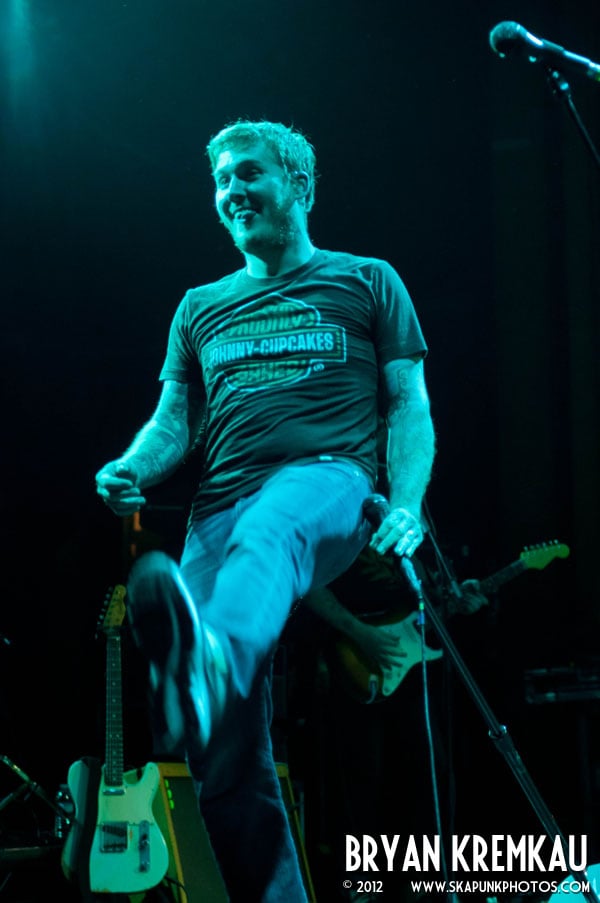 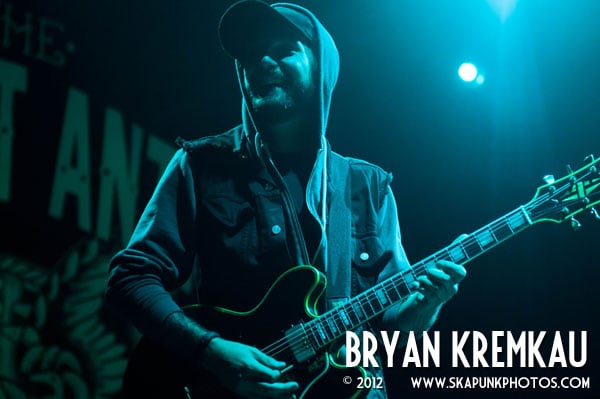 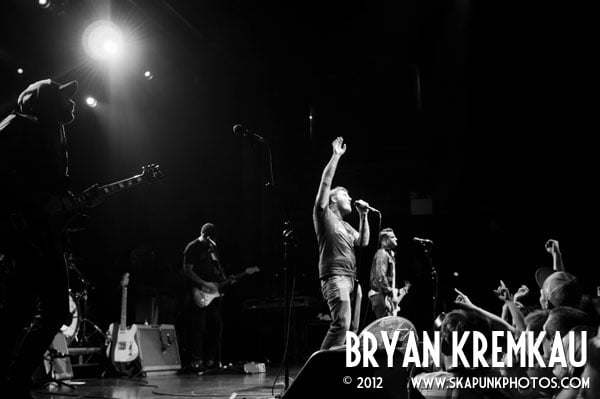 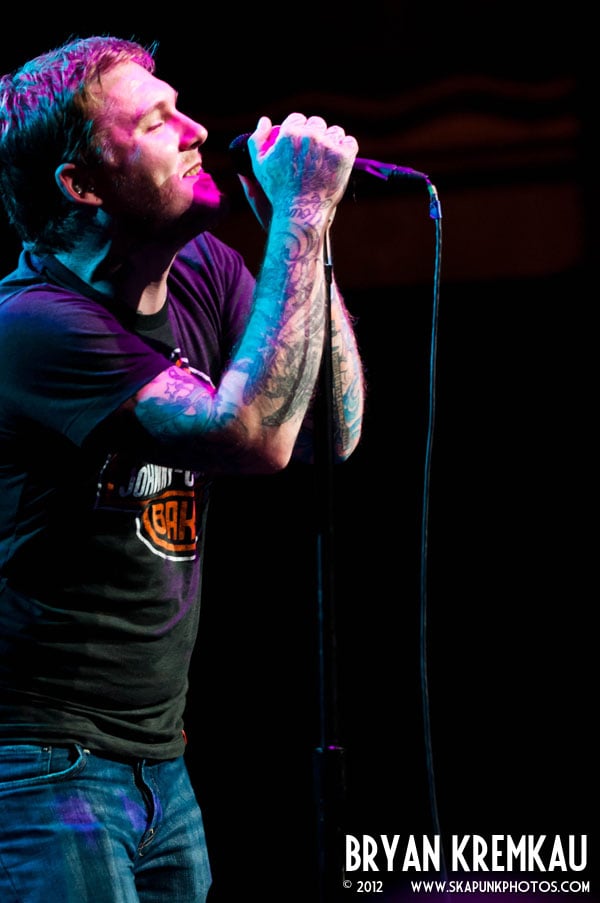 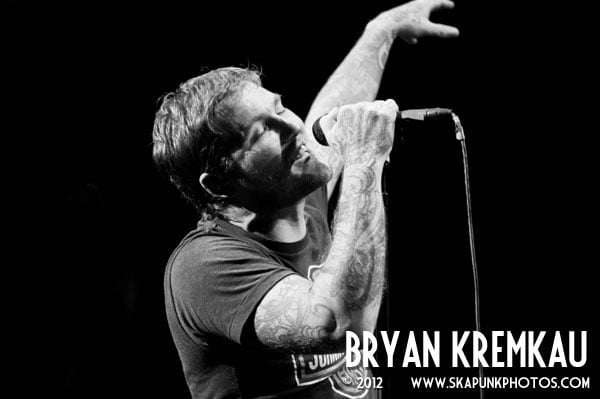 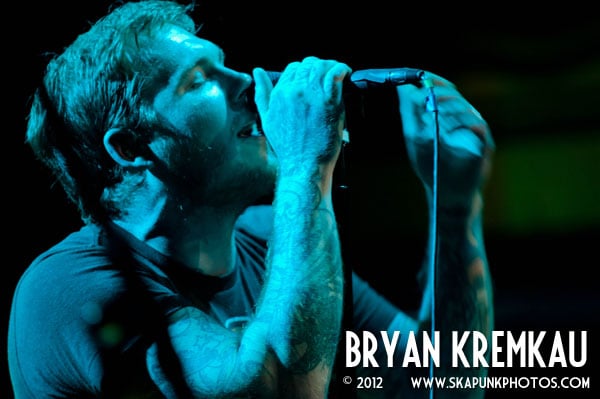 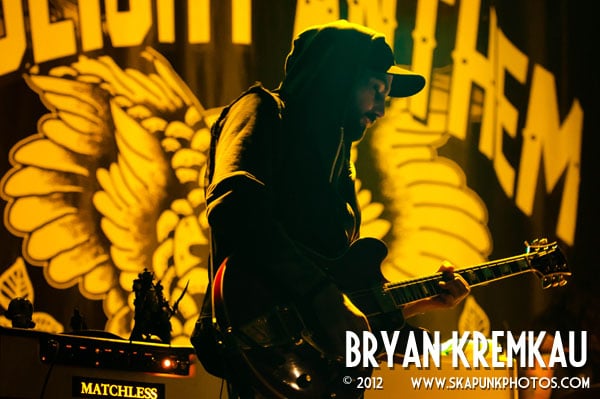 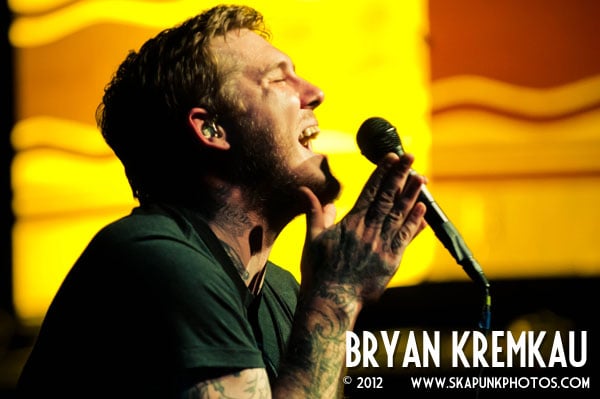 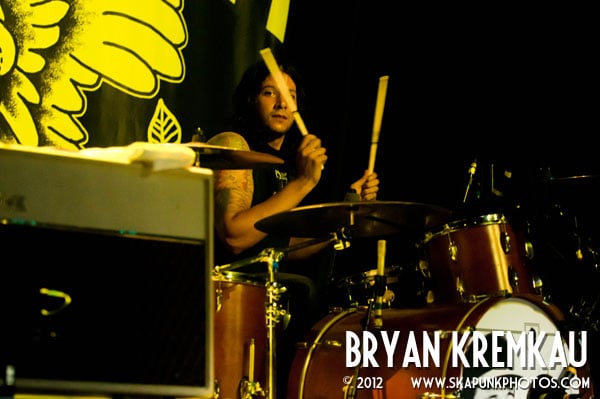 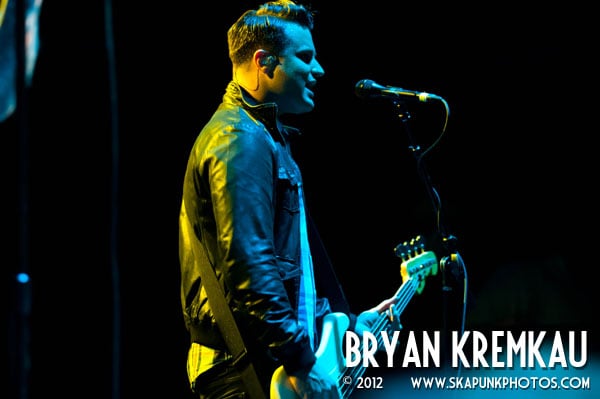 More photos will be posted at SkaPunkPhotos.com shortly!