Pearl Harbor is an emotionally charged film that falls somewhat short in my book, but nonetheless, it was still a good movie.

The movie follows Rafe and Danny, two Tennessee boys that grew up together as best friends and joined the army. Rafe meets a nurse named Evelyn, and falls in love with her. But Rafe volunteers to fight the war for the British over in Europe. Danny and Evelyn get transferred to Pearl Harbor and eventually fall in love, also. The bombing of Pearl Harbor is basically a backdrop to the love story that is focused on during the whole 3 hour movie.

I think what would have made this movie a lot better was dropping the whole love story thing, and focus on the navy soldiers, etc. aboard the USS Arizona and others that got blown up. Besides the three major characters doing a good job with their roles, a lot of the supporting cast did a tremendous job. Cuba Gooding Jr.’s character was interesting and should have been shown more in the movie. Alec Baldwin (Dolittle) gave a great performance as a superior officer to Rafe and Danny. Jon Voight also did a great job looking, and acting as President Franklin D. Roosevelt.

I would have like to see more of Dan Aykroyd’s character, Captain Thurman, because he guessed on what the Japanese were going to do next and bomb Pearl Harbor. I’m curious to see how this movie will be perceived over in Japan and other places. But I’ve heard they are cutting the hell out of the movie to make Japan look like they weren’t that bad and remove some of the racist slurs. I think Disney should get some balls and show what they got. I thought the version I saw was still easy on Japan and made Pearl Harbor more of a strategic element to the war. I haven’t even talked about the bombing yet, and that’s the best part of the whole movie!!! If people don’t want to see the whole movie, come in at, an hour and half into the film and you will get your money’s worth because that hour long sequence was excellent. I just had my mouth open, stunned and shaking my head of all the bad shit that happened on Dec. 7.

Hans Zimmer’s score to the build up to the bombing was suspenseful and added to the scenes. A scene that worked well was seeing the Japanese plans fly over the baseball fields, waving to the kids to run away and then go in for the attack. Seeing all those ships blown to pieces, all those people stuck inside the ships, and drowning in the water was just terrifying to watch. It would have been even more emotionally draining to watch if Michael Bay focused on the navy more than Affleck, Hartnett, and Beckinsale.

Another great and disturbing part in the movie, special effects wise, was seeing the Japanese bomb drop all the way down into the USS Arizona. That’s just a really cool shot, and I’ve never seen something like that before in a movie. I thought the first half of them film was okay and was trying to be Titanic too much, but the second half of the film was good. After the bombing, it showed the hospitals, and how crazy it got. I thought that was a nice reality check to put into the film. This movie is being compared to Titanic, and Saving Private Ryan but frankly, it doesn’t comes close. When I saw Saving Private Ryan, my stomach was turning and I was literally shaking during the whole movie, and I only did that for Pearl Harbor during the bombing scenes. I think Pearl Harbor definitely has it’s moments and is a good entertaining drama, with a war backdrop but the story should have focused on the navy instead, like I’ve said above. If you want to see great war movies, check out Saving Private Ryan, Patton, Memphis Belle, and 1941 (for a good laugh)

Favorite Scenes: When Affleck and Hartnett were flying their planes together attacking the Japanese. That part I said outloud, “Just like Beggar’s Canon back home.” (star wars reference) Plus the whole attack on Pearl Harbor was great.
Running Time: 183 minutes
Overall Rating: 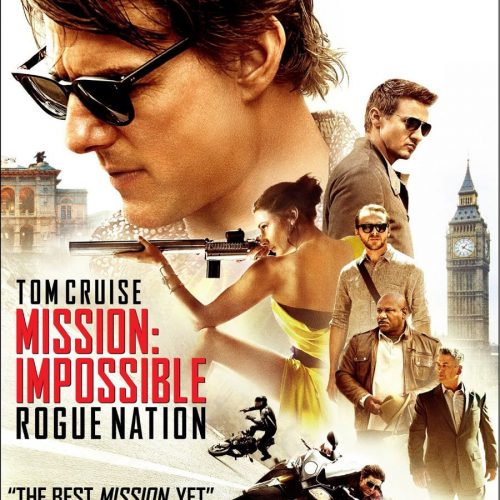