Yet another movie I wasn’t planning on seeing. But from good word of mouth and reviews praising the movie I decided, what the hell, I’m not doing anything; might as well check out the movie and see if the reviews are true. And I was completely surprised that I actually liked a movie with Jack Black in it.


I don’t really like Jack Black and only liked him in a few movies like High Fidelity, Enemy of The State and Airborne. I think is best role to date was when he was in the Jackal and he got his arm blown off from a rocket launcher. That was classic. haha. I also don’t really like Tenacious D and don’t know what the big hoopla is about it. I guess I’m not one of the people that “gets it.” Anyway, The movie is one of the few exceptions that I like from him and think Jack Black is great in this.

The movie is about a slacker rocker named Dewey Finn (Jack Black), and he wants to win this battle of the band contest but his band members kicked him out. I guess they feel he doesn’t take it serious enough and is a buffoon on stage. On top of that, he needs to get a lot of money for the rent or his buddy (Mike White) & super bitchy girlfriend (Sarah Silverman) are going to kick him out. So he takes his buddies identity as a substitute teacher and goes to teach at a private prep school. He finds out the kids he’s “teaching” are great musicians so he tells them that there is a big school project and at the end of it, there’s going to be a contest. So he helps the kids rock out and yadda yadda, starts a band called the School of Rock. I think any music fan can appreciate this movie, especially if you are a music teacher. Every kid deserves a second chance to realize what kind of crap they listen to nowadays and come over to the good side of music and listen to some great rock n roll. Jack Black does that in this movie and teaches the kids to rock out and rebel against “the man.”

I liked how the kids that don’t have a part in the band playing, still had something to do like security, roadies, lighting, costume design, band manager and yes, even groupies. Though if he wanted to, he should have done a big ass rock band with orchestra and horn section but I guess that wasn’t the direction his character wanted to go in. I liked how Dewey gave them homework and they had to listen to CDs of Led Zeppelin, Rush, Pink Floyd, and Jimi Hendrix. I also liked the punk rock references in there, I got a kick out of them. “Hey I’m a punk” haha. I liked the ensemble of kids like the nerd piano player, the chubby black girl who sings awesome, the guitar guitar player, the punk rock drummer and the smarty pants goodie two-shoes girl. What made the movie work so well was the fact that the kids can actually play the instruments. If it wasn’t like that, the movie wouldn’t have worked in my mind. Another factor that made the movie work was the interaction with Jack Black and the kids. Jack Black is a such a psycho and annoying at the same time so when he talks to the kids, the look on their faces are great. Maybe if I had a cool teacher like Dewey Finn teaching me music, I would still be playing the drums but since I had a man troll of a teacher I didn’t pursue it. The movie kind of felt like Kindergarten Cop meets Almost Famous and I like both movies so it was a winning combo. I would say, even though you might hate Jack Black to check this out, you might enjoy this. It’s a fun good felt rockin’ movie.

Favorite Scenes: I like all the classroom scenes. The fruity stylist kid made me laugh.
Rating:
Running Time: 0 minutes
Overall Rating:

The Aquabats Start Kickstarter Campaign to Bring Back The Aquabats! Super Show! and Record New Music! 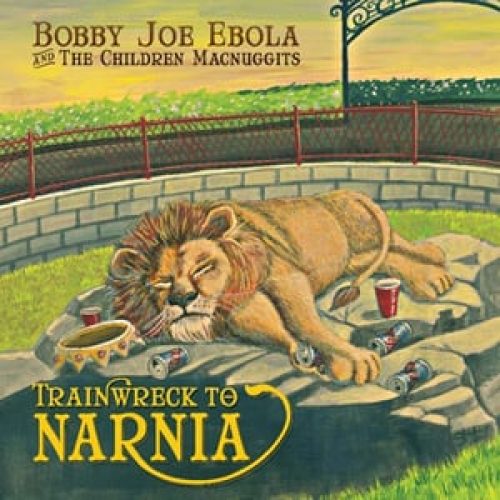