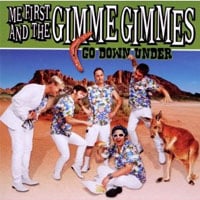 Um yeah, who are you and what do you play in Me First and The Gimme Gimmes? What other band(s) do you play in?
Um yeah, my name is Jake Jackson and I play guitar in the gimme’s and only the gimme’s.

Do you get permission to cover the songs you do or should I shut the hell up right now?
I don’t think we need permission. All ya gotta do is pay the publishing royalties and it’s A-OK!

What other genres do you plan on covering?
Our next album is all music by black artists. lotsa soul and funk. I’m talking about Stevie Wonder, Prince, Sammy Davis jr., Vanessa Williams, etc…

I’m going to give you several types of music to cover, and you tell me if it’s a good idea to do a whole album covering that music:

– Film Music: (instrumental album):
What the hell would Spike do on an album of instrumentals?

– TV Commercials and Jingles:
That would be nice and annoying.

– Rap/ Hip Hop:
Rap music is like karaoke already so no thanks.

– Italian Love Songs:
Spike like’s to pretend that he’s Italian so he’d probably like this one.

Do you think too many bands cover 80’s songs? Do you think that decade is even worth covering?
We were gonna do that but it’s probably overkill these days.

What were you like in High School? Jock, A/V Club, Stoner, Sarcastic Wiseass?
I was a teenage glam rocker. hanoi rocks ruled my world and I had big bleached spiked hair and wore lot’s of tight pink pants and what-not. Very sexy.

What’s your bowling average?
it’s hideous. Even Fat Mike wouldn’t let me on the fat bowling team years ago. He said it was cuz I was in a band on the label and the team was for label employees only but I think he might have had other reason’s too.

What advice can you give to up and coming cover bands?
try real hard to succeed and someday it could happen for you too. Just don’t try so hard that you wind up writing your own songs cuz that defies the genre.

What Simpsons character do you relate to the most?
Ned Flanders for sure!

What trend/fad do you think will be the “next big thing?”
I have no idea. These are hybrid times my friend.

Do you have a DVD player and if so, what are some of your favorite DVDs to watch?
yes, I just got one recently and it’s great! I like all the extras on the dvd’s!!!! I bought the godfather box set when I got it so that’s probably my fave.

I noticed your version of “Over The Rainbow” was played a lot this fall on FOX, I believe for the college show Undeclared. How did you manage that one? Is Rupert Murdoch a big Me First.. fan?
Rupert Murdoch is the scum of the earth. I’d like to personally thank him for buying me my new dvd player (see above).

Any final thoughts, anything to plug?
no big plugs at present. Don’t take life so seriously kids. Get out and enjoy it while you can. Oh ya, register to vote and then go vote when the chance comes around. Don’t be so damn apathetic. Read the newspaper and question it. Quit whining about the unimportant little things and start thinking about the big picture. Bye now!

Me First And The Gimme Gimmes 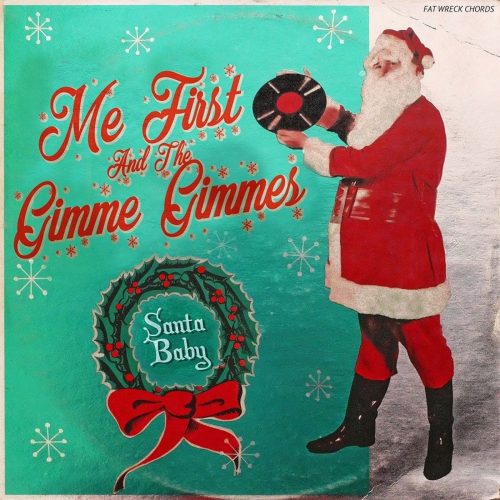 Me First And The Gimme Gimmes Release Christmas Song