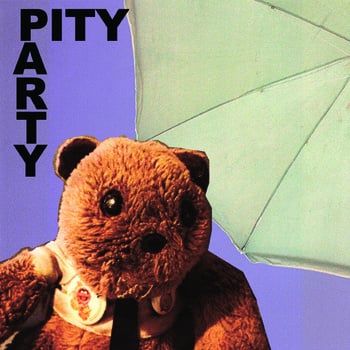 Happy April Everyone! I am back again with more new music for your enjoyment. Great stuff this week from some new bands and a familiar face. Remember, If you are in a band and think you may have something we may enjoy, feel free to pass it along. Hit me up on Twitter at @stevenrbauer or email me here.

Band: Pity Party
Location: Brooklyn, NY
Site: www.facebook.com/pitypartypunx
I love it when my pop-punk bands lean more toward the punk side. Thank goodness for Pity Party. In an age when many bands adopt the more pop side of that equation, this is so refreshing. The music is definitely in the vein of late-90s Lookout and Hopeless Records bands without being too referential. They are taking an established sound and updating it for modern times (and old guys like me). This is that perfect blend of loud and furious music with vocals you can sing along to at the top of your lungs.

Band: Mike Felumlee
Location: Crystal Lake, IL
Site:  www.facebook.com/MikeFelumleeMusic
Mike Felumlee should be a name familiar to many. Mike has spent many years in the Chicago-area punk and indie rock scene. Notably, Mike was the drummer for both the Smoking Popes and the Alkaline Trio. He has been releasing solo material for a number of years now and recently released some new tunes this past week. This new music is a blend of indie pop mixed with tinges of country. The lyrics are absolutely heartfelt and enrapturing. Simply put, these 4 new songs are absolutely fantastic. Mike is a super-talented guy and with music like this he should have a huge 2013.

Band: Victim Party
Location: Toronto, ON
Site: thevictimparty.wordpress.com
Where have these guys been all of my life? I need to get to Canada more to see bands. I adore vocalists who command your attention, making you powerless to turn off the music. Victim Party have male/female lead vocalists that grab you immediately and totally captivate the listener. Super tight punk mixed with rock n roll AND gang vocals. Thank you sir…may I have another. The band has a full length out on Blank Pint Records and just released a 7” through Save Haven Records called Hard Drugs / Soft Drinks.