Fans of really bad movies will love this news apparently, Double Dragon (Collector’s Edition) will be getting MVD Rewind treatment and be re-released…for some reason. Double Dragon was directed by James Yukich and stars Scott Wolf, Mark Dacascos, Alyssa Milano, Robert Patrick and while I never saw it, just from the photo I can tell you it’s bad. BUT it’s one of those so bad it’s good movies? Guess I’ll watch this with some friends and decide at some point. You can pre-order here. 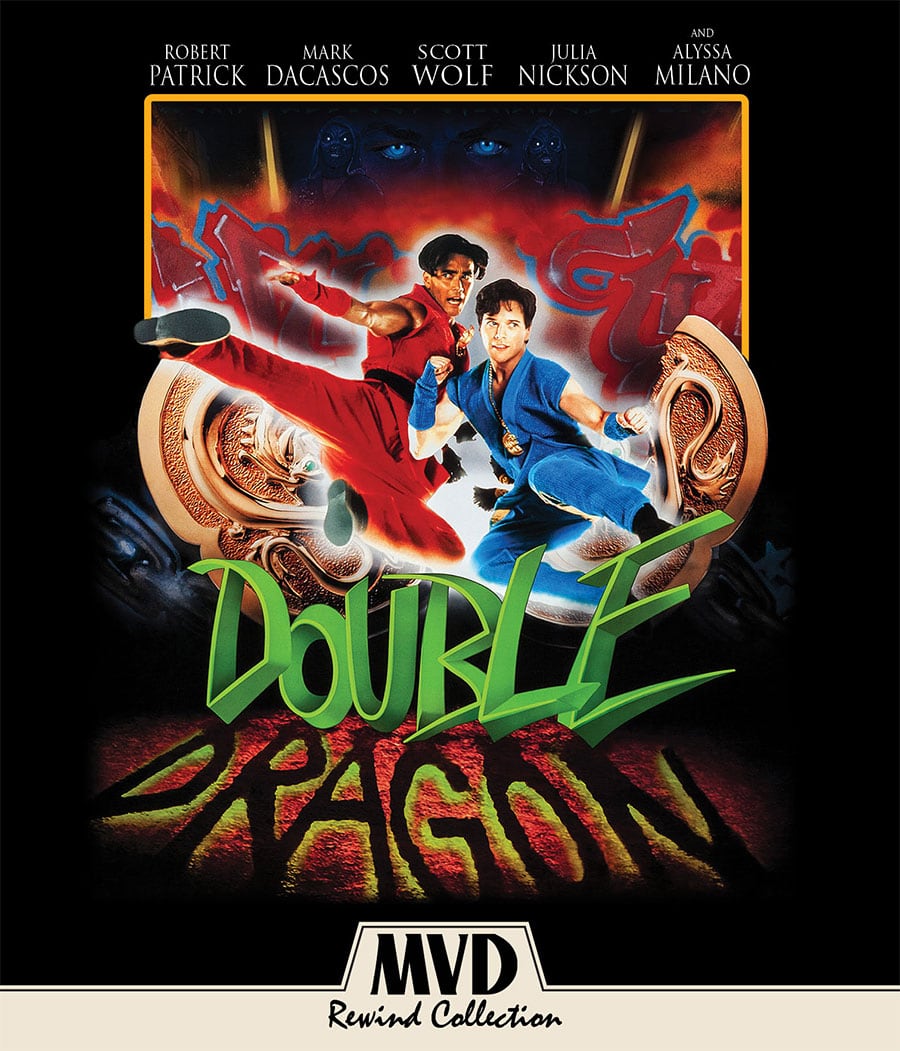 Double Dragon roars to life with amazing special effects, spectacular action sequences, and a knock-about sense of humor. It’s the year 2007, and what remains of LA is now ”New Angeles”, a city ravaged by earthquakes, tidal waves and vicious gangs. The evil tycoon Koga Shuko (Robert Patrick, Terminator 2: Judgment Day) is obsessed with finding the two halves of a talisman known as the ”Double Dragon”, which will give him awesome mystical powers. Two teenaged brothers, Jimmy (Mark Dacascos, John Wick 3) and Billy Lee (Scott Wolf, Party of Five) find themselves in possession of the amulet’s missing half, thrusting them into the adventure of their lives. With the help of Maria (Alyssa Milano, Charmed) and her vigilante group ”The Power Corps”, Jimmy and Billy must summon all of their courage, resourcefulness and martial-arts skills to stop the villain’s malevolent plan.

Eric D. Wilkinson, who oversees the MVD Rewind Collection shares his enthusiasm for this release. “Double Dragon was arguably one of my favorite projects for the Rewind Collection. This release marks the first time Double Dragon will be available on Blu-ray and in HD in North America! Special features producer Richard Schenkman and I worked tirelessly to create some amazing brand new bonus material that includes a feature length “making of” documentary that I know collectors will love. These new bonus features along with some great archival bonus material and the addition of the pilot of the “Double Dragon” animated television series (courtesy of Invincible Entertainment), MVD is proud to present the definitive edition of Double Dragon in a kick-ass (pun intended) Blu-ray + DVD combo pack collector’s set.”

Crackling with the energy and humor of its two heroes, Double Dragon is a high-octane action spectacular. 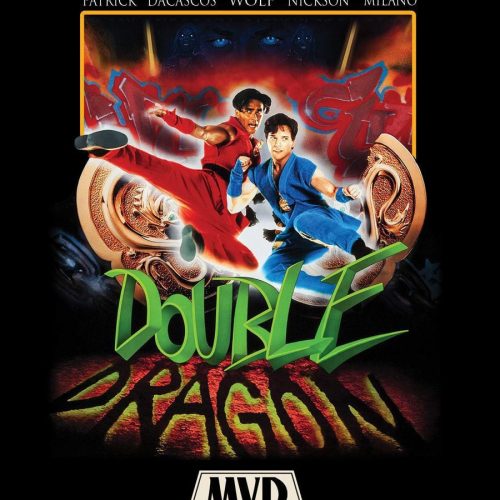