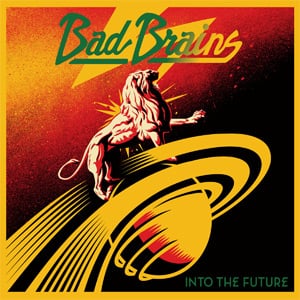 In celebration of Bad Brains’ forthcoming album Into The Future, due out November 20, 2012, the band is releasing bootleg vinyl in multiple colors (red, yellow and green) at various independent record stores on November 13. This vinyl comes prior to the album’s street date and is limited to 500 numbered copies. ‘Into the Future’ is the band’s first album in five years and features the classic lineup of HR, Darryl Jenifer, Dr. Know and Earl Hudson.

Bad Brains has always had a voracious vinyl audience and in the spirit of capturing this early sound, the band decided on doing some bootleg-style vinyl pieces of the full album. There will be several contests at various indie record stores throughout the USA.

Considered to be the “holy grail” of punk rock, Bad Brains are one of the definitive American punk groups who garner the same respect as Sex Pistols, Black Flag, The Ramones and The Clash. The band’s prior album was produced by long-time fan, Adam Yauch (MCA of the Beastie Boys), and was a return to form for the band that helped define American Punk and Hardcore music. The new album Into The Future features a song dedicated to Adam and bridges the soul between the two albums.

“…arguably the greatest punk-rock band this country has ever produced…influenced legions of successors, including the Beastie Boys and Nirvana. The group, the subject of an affecting, at times bittersweet new documentary called “Bad Brains: A Band in D.C.,” began when four young African-American jazz-fusion enthusiasts transformed themselves into a virtuosic, unbelievably intense hardcore band.” – The New Yorker