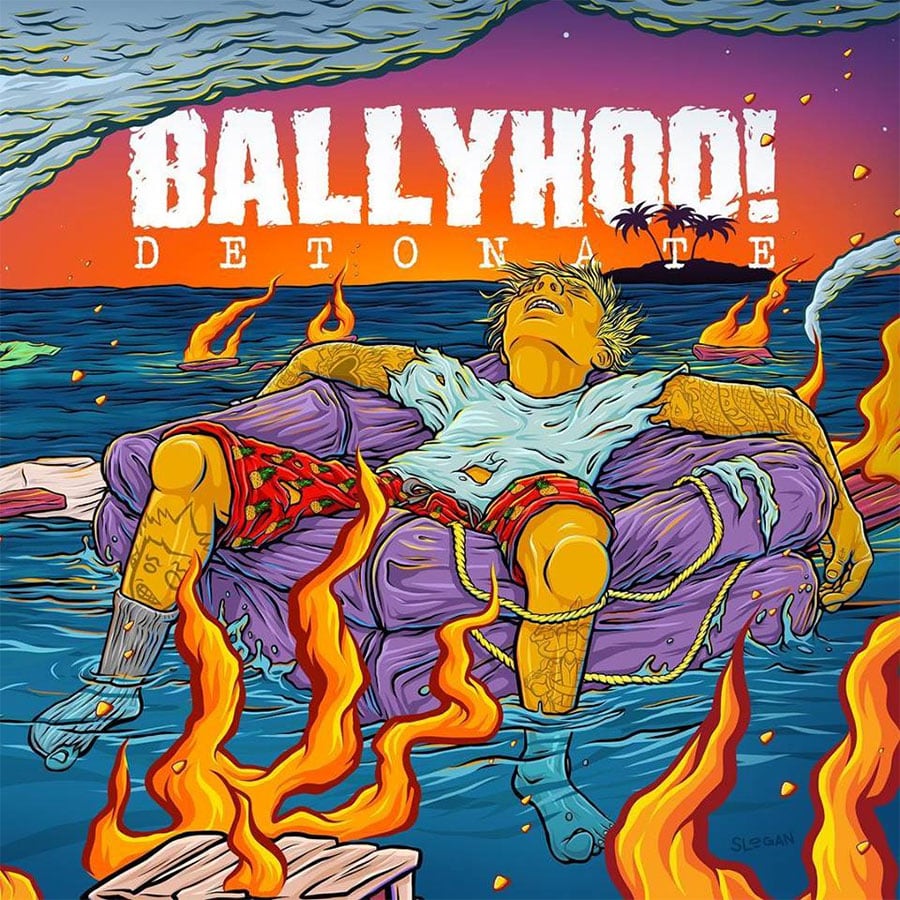 The new album from Ballyhoo! will be called Detonate and will be released on September 28th. Pre-order will be available on August 31st and you get 3 tracks instantly. The band produced it themselves and will be releasing it on their own label Right Coast Records.

Frontman Howi Spangler commented about the new album on his Facebook page:

This album is the closest I’ve come to a diary. These songs are me dealing with the passing of my Dad in 2016 and my mom in 1996 as a kid, nearly wanting to quit music, the struggle of having a family and being away all the time, the crazy shit that happens when traveling in a van chasing a dream all for that hour and a half on stage every night and so much more.

I plan to give an in depth track by track in the coming weeks on the @talesfromthegreenroompodcast so lookout for that.

Anyway, I’m so fucking excited to finally get this out. We produced it ourselves. I did the vocals in my home studio, sometimes with my daughter in my lap. It means a lot to me and I can’t wait for you to hear it.

Here’s the opening track, which you might have heard back in the Spring:

Next: Tommy and the Commies Releasing Debut Album ‘Here Come…’ on September 28th