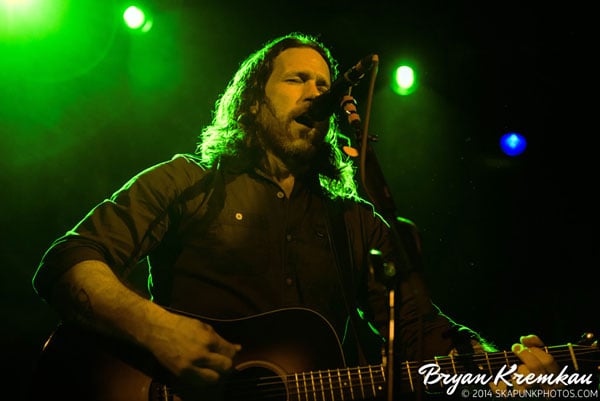 Chuck Ragan will be playing some headlining shows that will be sponsored by Stetson, the legendary American-made company specializing in hats, boots, western apparel, etc. So is Chuck going to come out full Hank Williams on stage? One of the shows will be at Irving Plaza in NYC on September 19th. Tickets go on sale this Friday June 26th.

Before that, Ragan will gear up his band, The Camaraderie, for a trek across Europe, appearing at festivals such as the sold out Family First in Cologne, Germany and a handful of shows with singer-songwriter Northcote. Chuck closes out his festival season in Canada at the Toronto Urban Roots Festival in September.

Although his career as a singer-songwriter spans longer than anything else, Chuck Ragan has been playing in punk bands since the early 90s, most notably with legendary Gainesville rockers Hot Water Music. He recently released a split 10’’ with longtime friend and musical ally Rocky Votolato called Kindred Spirit, while his latest solo album, Till Midnight, came out in spring of 2014. Till Midnight was praised by the likes of Paste, American Songwriter and Rolling Stone, who called it an “impassioned, undeniable shot of singalong Americana.”

In the meantime, if you’re over in Europe…you can see him play: