On Saturday June 12, 2010 legendary acts such as Sick Of It All (who are releasing a new album entitled “Based On A True Story” on April 20), H20, and Earth Crisis will share the stage with fifteen other acts at Saint Michael’s Park (Jacob Street – Monte Clare, PA 19453) starting at 11am.

Tickets go on sale Friday, April 2 at noon EST and be purchased at the official website for the festival: http://www.stereokiller.com/eastcoasttsunamifest/

“This fest has turned into an event we never dreamed of happening,” said Chris Mahmood of OTW Booking, co-organizer of the festival. Mahmood was brought on board to help pull the whole thing together by Adam Engle and Ryan Zeigler of Stay On Point Booking who conceived the fest. The idea derived from Chris Brickhouse’s previous festivals, popularized by his popular website – Stereokiller.com.

Stereokiller.com has been responsible for the initial buzz surrounding the festival. After making the announcement on Sunday, the site has since attained over 20,000 hits, and over 700 comments. The punk / hardcore / metal focused social networking site who’s motto is “Because your mom ruined Facebook” has over 250,000 users and on a daily basis, gets 5000 unique sessions, and around 1.5 million page views a month.

That exposure should contribute to an incredible festival turnout, and one hell of a party. Mahmood expects 1,000 to 1,500 attendees on Saturday. The two day festival begins on Friday June 11 with Death Threat, CDC, Barricade and four other bands taking the stage at the Polish Club (328 High Street – Phoenixville, PA 19460) at 5pm. 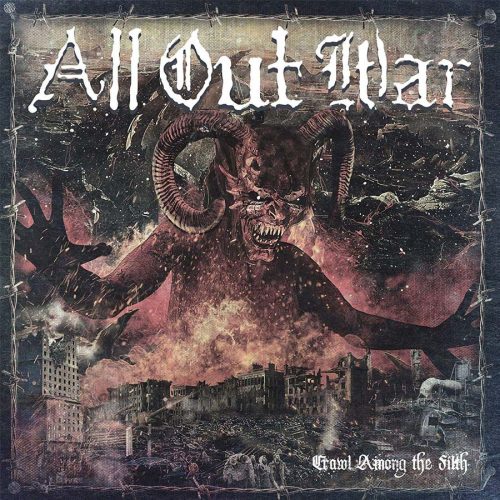 All Out War – “Crawl Among the Filth”

This Is Hardcore Fest Happening in Philly July 27th-29th