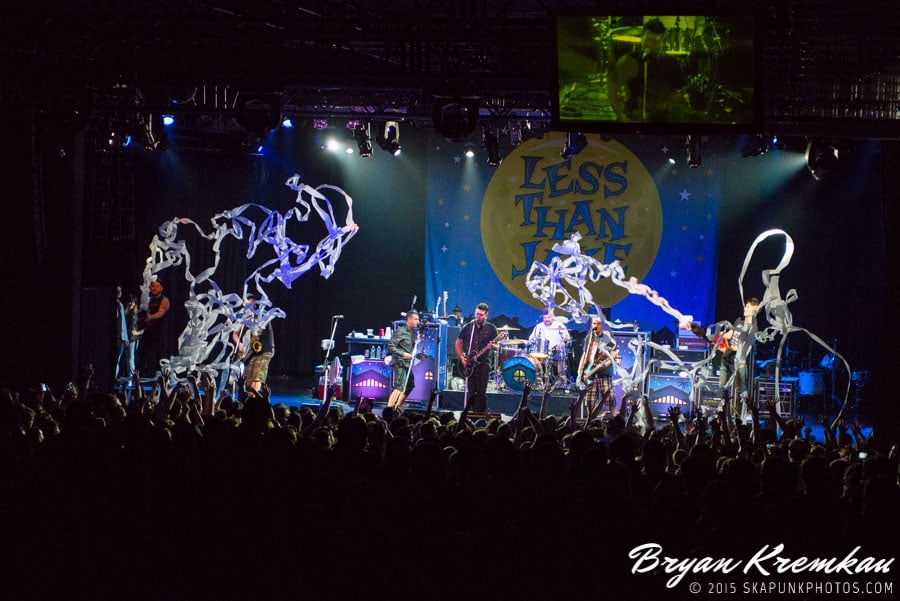 Less Than Jake are releasing a brand new album later this year, but they have also launched a new project called Lost at Home Sessions. The guys recorded music from their homes separately and merged them together in post-production. It’s a bit of an experiment and they released the first song on Bandcamp.

Lost At Home Sessions. Volume One is available for sale now on Bandcamp. Those who purchase the song at the current price will automatically be entered to win a prize pack that includes an old and rare glow-in-the-dark bobblehead and some out of print vinyl. Contest entries close on May 22nd and Volume Two will be on the horizon. Also, a portion of the proceeds will benefit MusiCares COVID-19 Relief Fund.

The band wrote about being quarantined:

“Being cooped up at home like the rest of you, we thought it would be fun to keep the creative juices flowing and see if we could make music from five separate locations. That’s right, we’ve never played these songs together. It’s kind of an experiment, but we’re gonna have fun!”

MusiCares provides a safety net of critical assistance for music people in times of need. MusiCares’ services and resources cover a wide range of financial, medical and personal emergencies, and each case is treated with integrity and confidentiality. MusiCares also focuses the resources and attention of the music industry on human service issues that directly influence the health and welfare of the music community. The Recording Academy and its affiliated charitable foundation MusiCares have established the COVID-19 Relief Fund to help our peers in the music community affected by the Coronavirus pandemic.

Less Than Jake Premiere Music Video for “Keep On Chasing”