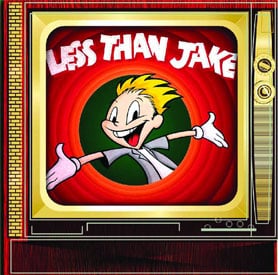 Less Than Jake are set to release some new music on October 12th on their own label Sleep It Off Records. TV/EP will feature random TV theme songs and commercials, but the band is keeping their mouths shut on what the songs are. Trying not to get sued are we Less Than Jake? Well, I’ll be sure to listen to this EP since it sounds like a lot of fun and something up my alley. Read the press release below:

Convention has never been an operative word for LESS THAN JAKE. In a rock world where the mix of ska, punk, and pop hasn’t been able to germinate too successfully, these guys have established a flourishing seventeen year strong cottage industry within themselves – from a bulletproof catalog of material, jam-packed touring packages, and even their own record label. In addition to their sonic output, they’ve particularly been very creative visually about their graphics as well, as is easily witnessed with their wealth of die-cut picture discs and art-centric album packages. On October 12, 2010, LTJ are taking this one step further with the release of TV/EP on their own label, Sleep It Off. It will be available on CD and digital format.

Recording 16 tracks in a total of roughly 13 minutes of music in bassist Roger Lima’s basement, LTJ are defying convention again. Instead of offering new original material, they’re diving into the wide and fascinating world of television theme songs and commercials. Spanning from the vintage adverts of yesteryear to the frenetic promos of modern day, TV/EP reimagines a world where pop punk and ska is the music de rigueur, and this is the soundtrack to your couch potato life. Tracklisted as anonymously numbered channels (the band is keeping the names of the songs under wraps till right before release), the experience they have planned is akin to the feeling of flipping random television channels.

Just as hyper as their musical minds are, their physical touring bodies are gearing up for a handful of dates in the US including Chicago’s RIOT FEST, Japan, Europe and the UK. Their tour dates are:

Even more music and tours are planned for 2011 as could be expected from Less Than Jake since they rarely sit still. But they’re interrupting your regularly scheduled program to present TV/EP to you this Fall. More taste and even more filling. 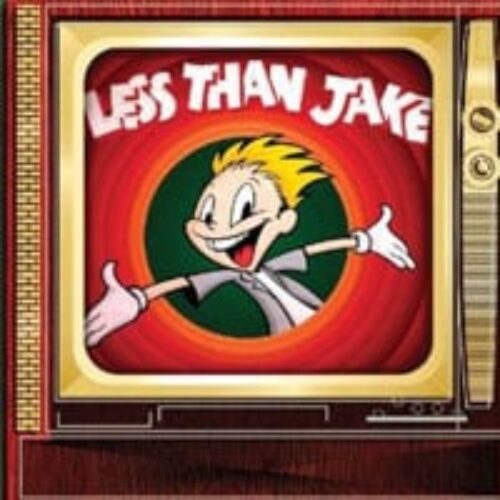