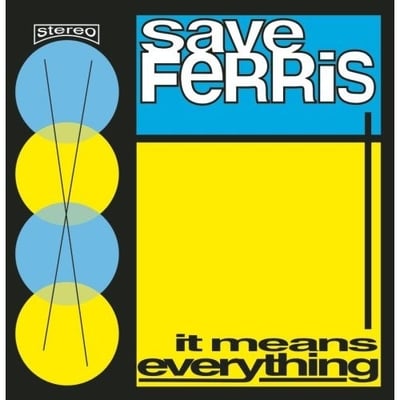 On April 8, it was originally reported that Save Ferris would be reuniting for their first gig in 10 years this coming July. Word has recently come from members of the band not named Monique Powell that this is indeed not a reunion.

It seems that the “reunion” show slated for July 27th in Costa Mesa, CA will only feature former Save Ferris lead singer Monique Powell with her own backing band. The band recently issued the following statement:

Anaheim, CA, April 9, 2013 – To Our Fans: It was brought to our attention that on or about April 8, 2013 Monique Powell, the former singer for the band “Save Ferris,” announced that a Save Ferris “reunion show” would be taking place at the Orange County Fairgrounds on July 27, 2013. We feel it is important that fans of the band Save Ferris know that this is NOT a reunion show and the show will NOT include any original or former Band member other than Monique Powell. We have not authorized Monique Powell to perform under the name Save Ferris and the original and former Band members regret any confusion to our fans that may be caused as a result of any misleading statements or marketing materials disseminated by Ms. Powell or any other parties connected to this concert engagement. From what we can infer by the marketing and advertising materials we have seen thus far, this engagement is simply a Monique Powell performance of Save Ferris material accompanied by various musicians, who are unknown to the Band.

Due to the large number of inquiries we have received about this subject matter, we felt it was appropriate to release this statement to better clarify the participants of this event so that the public and our loyal fans can make an informed decision regarding whether to attend the event.

Although we would like to perform an actual “reunion show” at some point in time featuring the original and former Band members, we would like to take this opportunity now to thank all of the Save Ferris fans who have continued to support our music and the Band over the years. Thank you!

It is interesting to note that all of the members of Save Ferris signing this letter later went on to form the ska band Starpool in 2001 which also featured former No Doubt member Alan Meade on vocals. The OC Weekly also recently caught up with both guitarist Brian Mashburn and vocalist Monique Powell. You can check out the feature they did here.