The Get Up Kids today announced their first full-length album in 8 years. The album is called Problems and was produced by Grammy Award-winner Peter Katis (Kurt Vile, The National). It will be released May 10th, 2019 via Polyvinyl Record Co. The video for first single “Satellite” is out today and you can watch that below. The band also announced three shows at this year’s SXSW including the Polyvinyl Showcase at The Mohawk on March 13th and Brooklyn Bowl Family Reunion at Scoot Inn on March 14th. More shows will soon be announced.

“Satellite” opens on a stark arrangement of acoustic guitar and stripped-bare vocals, then bursts into brightly crashing rhythms and lyrics revealing the time-bending quality of The Get Up Kids’ songwriting. “I started writing ‘Satellite’ about my son who’s 14 and a total introvert—not antisocial, he just genuinely likes to keep to himself,” says guitarist/vocalist Matt Pryor. “But then somewhere down the line I started singing about myself—about how even when you’re playing a show to a room full of people, I can still feel anxious and isolated.” Director Kerstin Ebert explains, “The feeling of being isolated in a big city can be depressing. But instead of making this a sad story, I added a cardboard man named Hank to the storyline — a guy who lives like a normal human being amongst 8 million other people in New York City. Even though Hank’s adventurous ambitions as well as his facial expressions are very limited, he is the heart of the story and the biggest dreamer of all.”

Problems examines everything from life-changing loss to loneliness to the inevitable anxiety of existing in 2019. But by sustaining the essence of their sound—anthemic choruses with sing-along-ready melodies—The Get Up Kids highlight those troubles as a shared experience, giving way to an unbreakable solidarity. And at the heart of Problems is an invaluable element the band’s embodied since their 1997 debut Four Minute Mile: a penetrating lyricism that’s both acutely introspective and indelibly resonant.

The follow-up to 2018’s acclaimed EP, Kicker, Problems came to life in Bridgeport, Connecticut, with the band — Matt Pryor, Jim Suptic (guitars/vocals), Rob Pope (bass), Ryan Pope (drums), and James Dewees (keys) — holing up together for a three-week span. Working with Katis, The Get Up Kids took a characteristically riff-driven yet decidedly pop-minded approach to song structure, while also allowing themselves a new sense of creative freedom.

Through the years, The Get Up Kids have purposely pushed themselves toward previously unexplored songwriting material. “I’m 41 now, I could never write a song like when I was 19—all those ‘I miss my girlfriend’ kind of songs,” Suptic says. “It’s always important to us to write about wherever we are right now.” As shown on Problems, the resulting output both preserves the beloved spirit of The Get Up Kids and creates an entirely new context for their music. “A big part of the reason why we started writing new songs in the first place is that we have things we want to say about this moment in time,” says Pryor. “We’re still so connected to our past and where this all came from—it’s definitely a celebration of the fact that we still get to do this.”

Problems Tracklist:
1. Satellite
2. The Problem Is Me
3. Salina
4. Now Or Never
5. Lou Barlow
6. Fairweather Friends
7. Common Ground
8. Waking Up Alone
9. The Advocate
10. Symphony of Silence
11. Brakelines
12. Your Ghost Is Gone

new album, Polyvinyl Record Co., problems, The Get Up Kids 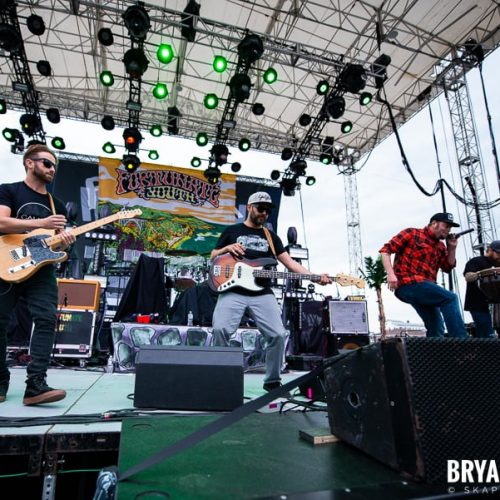