Zack de la Rocha of Rage Against The Machine commented on Boycotting Arizona and Soundstrike this morning. They will be playing Los Angeles tonight; I would love to finally see Rage live for a change. But read the press conference statement below, Zack says a lot of important things.


Good morning, my name is Zack de la Rocha I’m the lead singer of Rage Against the Machine. Welcome to everyone here.

Friday July 23rd is a very important day for us, for a couple of reasons. One because it will be the first concert that Rage has played in Los Angeles in 10 years. It will be held here at the Palladium in a venue that will capture the spirit and the intent of our music and we are very proud to share the stage with Conor Oberst and The Mystic Valley Band, as well as the Jornaleros del Norte.

All three bands on the bill also reflect a spirit of solidarity and the fight for social and economic justice. Which brings up the second reason we have come together. This, during the week of national action in protest of the implementation of SB 1070 on July 29th.

Just minutes from my home I can quickly get to the 10 Freeway. A freeway that connects the communities that I have called home my whole life to the State of Arizona where decades ago my grandfather first crossed the US/Mexico border.

Several years ago I was asked by friends and activists to learn more about and join a battle brewing in Arizona.

Over the last few years I have learned to more fully grasp the conditions that hundreds of thousands of immigrants face in Arizona. In my visits to Arizona I was repeatedly in awe of the stories I heard that all centered around one man: Maricopa County Sheriff Apraio.

A Sheriff that does not want to merely detain immigrants, he wants to humiliate them and cause them pain and suffering and then parade them in prison chain gangs for a photo opp.

A Sheriff who proactively sought out and got an agreement with the Bush Administration for local immigration authority.

A Sheriff, who under the guise of saving money has housed detainees in tents in the extreme dessert heat of Arizona.

A Sheriff, who in his endless attempt to try to humiliate male immigrant detainees, has mandated that they wear pink underwear.

And then we heard the story of Alma Minerva Chacon who during what should have been one the most precious moment of her life was forced to give birth to her daughter handcuffed and chained to a gurney in a scene from periods of history I thought had been long gone.

This is everyday life under the reign of Sheriff Arpaio, A man that picks at the economic wounds of the pains that everyday people are experiencing in this deep economic crisis and infects it with hatred. This is the Sheriff that would enforce SB 1070.

The fight in Arizona has been conveniently defined by the media and politicians as a battle for and against SB 1070. But that fails to capture the alarming climate that runs deep into the fabric of the State that once refused to honor the birthday of the late, Dr. Martin Luther King Jr.

These words have become concepts that explain only a sliver of the reality and do not reveal the inhumane reality that they conceal.

No facts or stories that I could possible share with you today could illustrate the situation in Arizona as well as ONE LETTER that I was handed during a March in Arizona. I want to read to you excerpts from that letter.

To whom it may concern,

We attest that we are a group of desperate and frustrated women that are asking for someone to help us. We find ourselves detained in the Estrella prison of Maricopa County. There are lots of women that are unjustly being accused for crimes that we have not committed. We are all mothers of families — wives and daughters. And for this reason, we are asking for your help. Please have mercy on us. What you know outside of what’s taken place in here is nothing. We are treated like the worst delinquents, the worst criminals, only because we are Hispanic or undocumented. They treat us worse than anything that exists in this world. There are plenty of injustices and plenty of humiliations that we are experiencing. Some of us for wanting to work and make a better life for our children. . . .

Please help us. We find ourselves here in a tunnel without an exit, being treated like dogs that are not deserving of anything. We need help for our cases. Someone to listen to us and do something for the injustices that are being committed against us. Our children and our parents suffer our sentences the most. And we find ourselves with our hearts broken without knowing what’s going to happen tomorrow. We ask that you have the valor to take this document to a news agency or a radio or to any agency that can help Hispanics that are undocumented. Or to any place that can help us.

We are human beings, not animals. We are women, not criminals. Help us please. Listen to our pleas, so that our cases can come to light. So we have hope of coming out and being reunited with our families. Please, we ask for you. We beg you. We plead for your help. Gracias.

This letter had an impact on me I could never explain.

Once shaken by this letter how could we take the bond between our fans and our band into a State that causes the pain that comes out in this letter?

How could we not approach artists of conscious who share our feelings and concerns?

How could we not unite with artists like Coner Oberst, Juanes, MIA, Calle 13, Maroon 5, Kanye West, Tigeres del Norte and others to form the Sound Strike?

How could we not stand up for our fans in Arizona, many of whom come from immigrant families?

How Could Rage Against the Machine not do a show to help the brave leaders on the ground to get the needed resources to take on this fight?

How could Rage Against the Machine work with SoundStrike to spread the word, to get other artists involved, to take this issue to our fans and to tell Arizona that artists of conscious, professional athletes, cities and governments, students and universities will not be a part of these injustices?

Toxic ideas have led to a chain of events culminating in the passage of a law that says that we are not all equal. That it is ok to racially profile.

Yet still, this is not a Latino issue or an immigrant issue. This is a battle of basic human dignity. A battle that Rage Against the Machine, and the artists of SoundStrike are fully committed to win. We thank our fans, especially those in Arizona, who understand that we are also fighting for them. 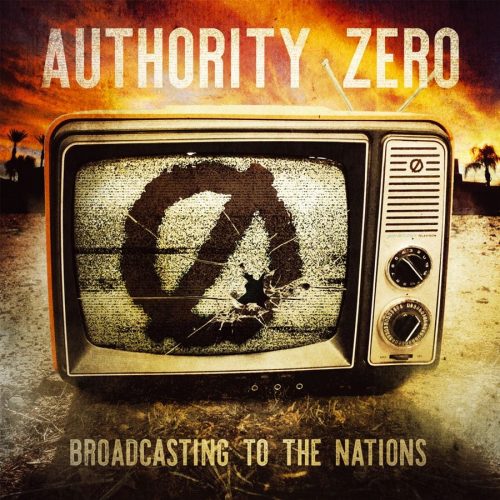