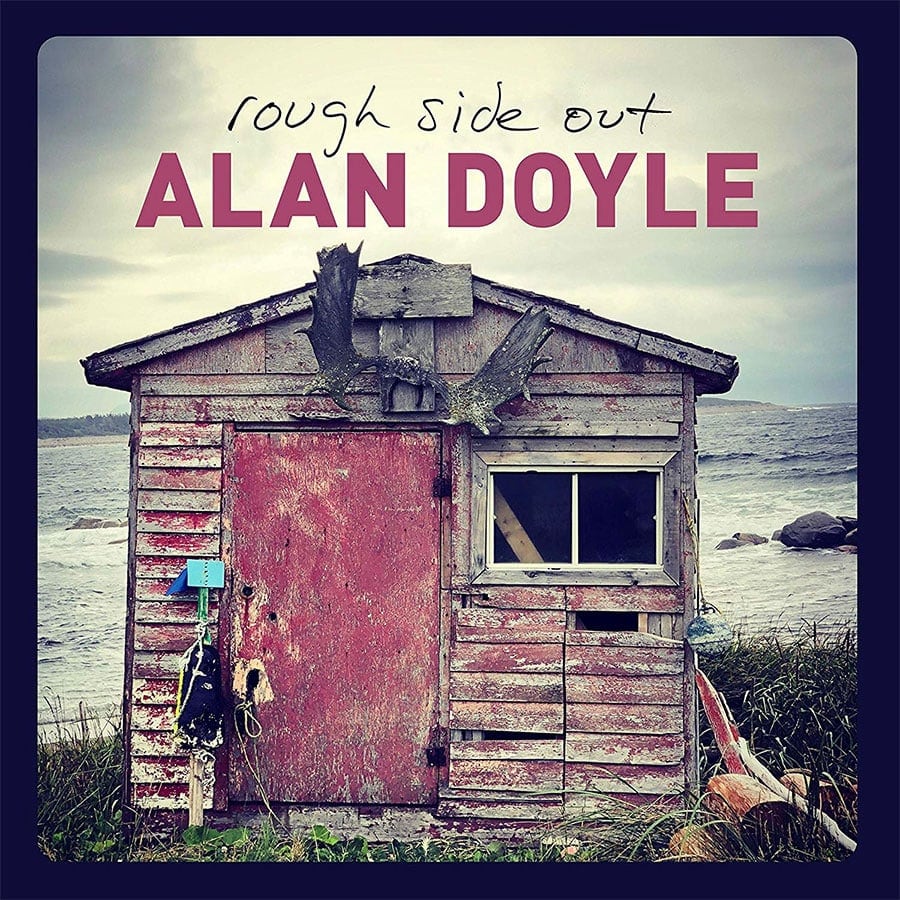 Former Great Big Sea musician Alan Doyle has returned with a new EP ‘Rough Side Out’ or mini album of 7 songs of folky, Americana songs that will get you clapping, stomping and singing along at his shows.

I’ve been a fan of Alan’s for almost 2 decades now since it’s been interesting to see how his styles have progressed over the years. Being in Great Big Sea for decades and performing Celtic, folk, sea shanty type of songs to where he is now. I’m not sure if it’s the style that Alan set out to do from the start or just came about naturally. Lately, his music is border-lining on country but it’s definitely Americana & folk rock. I’m perfectly fine with that because he has the talent, the voice, the swagger to perform any type of genre of music. I’m still waiting for a ska song though (I guess “Penelope” from GBS comes close?).

The EP opens up with “We’re Gonna Love Tonight” and showcases Alan’s singing and his ability to write such catchy choruses. Speaking of catchy, after that track is Doyle’s single “We Don’t Wanna Go Home” featuring country star Dean Brody. If you’re not singing along and wanting to clap your hands after listening to this song, there’s something wrong with you. Perhaps it’s the presence of Brody, but this is the country-ish song in Alan’s discography to date. “We Don’t Wanna Go Home” has just enough twang to appear on Country radio stations and be a hit but the song is more than that. It’s just a good pop song as well. The country flavor continues with the next track with “What The Whiskey Won’t Do” featuring Canadian country singer Jess Moskaluke.

Alan is already an excellent solo musician, then he surrounds himself with some impressive musicians as well. It feels like I’m watching/listening to an all-star lineup whenever I see The Alan Doyle band perform. It seems since doing his own thing, Alan has been getting some excellent guests to appear on his album as well and this EP is no different.

One track I particularly enjoyed a lot was “Anywhere You Wanna Go” because it just has that signature Alan Doyle sound. Fast, rockin’ hooks, furious fiddle playing from Kendel Carson and a song I keep singing to myself for days. I can’t wait to hear this one live. Doyle has been covering John Mellencamp’s “Paper on Fire” at shows for awhile now and it’s always been a highlight for me. I’m really happy he finally got around to putting it on an album because the song cover is just awesome. Can’t really compare the song with Mellencamp’s original version but this is an incredible cover.

I would say the only negative about this EP is that it’s not a full-length album. 7 songs makes you crave so much more. I loved Alan’s first two solo albums but wasn’t really a big fan of ‘A Week At The Warehouse.’ I liked some of the songs but felt it could have been better. I feel like ‘Rough Side Out’ is aligned more with “Boy On Bridge” and “So Let’s Go” but goes beyond those 2 albums. The production of the album is stellar and the songs on here are just more fine-tuned. Alan has embraced the Americana/country sound a lot more with ‘Rough Side Out’ and I think that’s a wise choice. Give me more albums like this please!