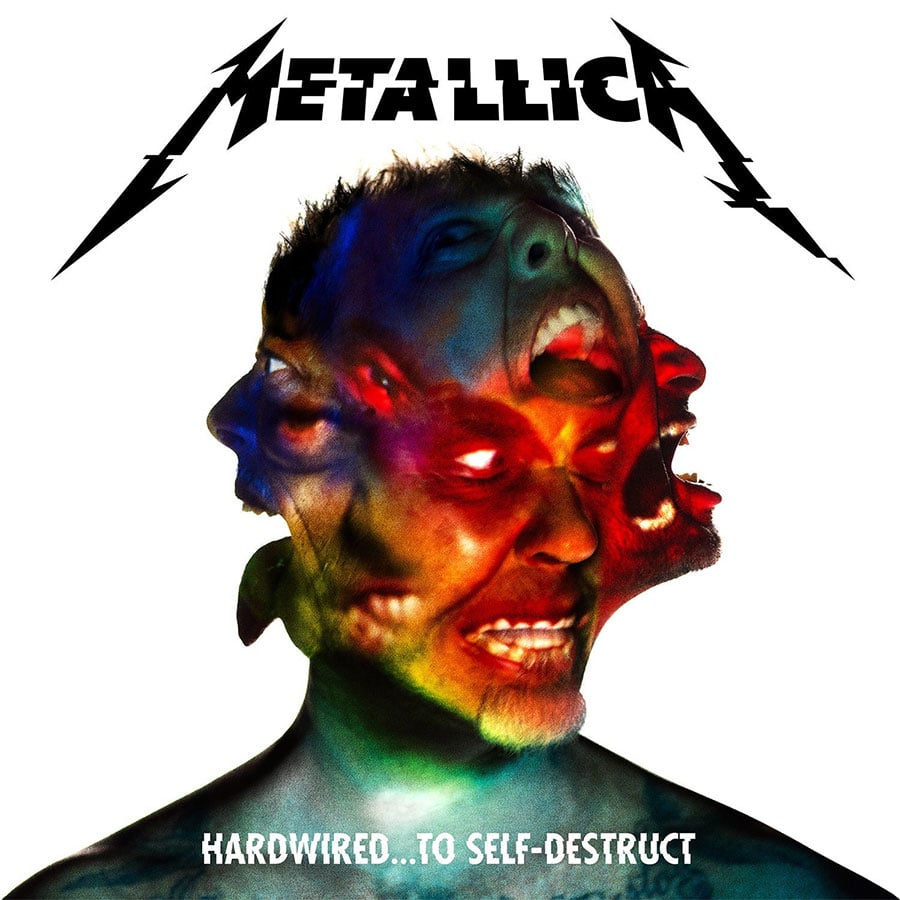 Metallica returns after 8 years with their 10th studio album, Hardwired to Self-Destruct. A lot can be said about Metallica, the last 2 decades they had some questionable projects such as the Ja Rule collaboration, the Orion Festival, the Some Kind of Monster documentary, and let’s not forget the Lou Reed collaboration that left a lot of bad tastes in some fans’ mouths. Let’s not also forget that yes, the band did release an album called Death Magnetic in 2008 that the public sadly forgot. That aside, this album seems like a return to Black album form, forcing you to forget all the missteps and “Make Metallica Great Again.”


The album thrashes off with “Hardwired” and doesn’t hold back. Very in your face way to start an album and let’s you know Metallica means serious business. “Atlas Rise” sounds like a Kill em all/Black album hybrid. “Now That We’re Dead” has a very Black album vibe to it, believe it or not Lars shines on this one with some cool Tom hit patterns.

“Dream No More” opens with a cool chord progression and slugs it out good. This is one of my favorite tracks on the album. “Halo of Fire” and “Confusion” seem like one of the more weaker tracks on the album, while “Halo” feels like a Load leftover and “Confusion” feels like it would have barely fit in on Death Magnetic. “Manunkind” feels like another throwback to the Black album with it’s cool bass intro that’s reminiscent of “My Friend of Misery.” The song itself sounds heavily soaked in the NWOBHM that influenced a lot of the band’s earlier material. What I find is while some songs might sound lackluster, there’s kind of a fun spirited energy to them, and if you have a chance to see it, the video they made for this one is hysterical.

“Here Comes Revenge” is yet another song that sounds like it could have been on the Black album. I think now would be a good time to point out how great the album’s production is. Everything sounds real and natural and raw, well not too raw as we saw with 2003’s St Anger. The drums sound like Lars is playing them as opposed to most modern metal’s cut and paste production method. James’ guitar are thick to almost Black album like quality, and Rob’s bass is very present.

“Am I Savage” comes off a bit like “No Leaf Clover” in spots. Kirk’s solo almost seems to take cue’s from Brent Hinds guitar stylings in a cool way good to see some cross influence going on here. “Murder One” is a great track, Metallica’s tribute to Lemmy. This is one of my more favorite tracks off the album, it’s got a nice vibe to it and paces itself well. I also got a slight Mastodon vibe in spots on this song.

I think overall this album has enough to please a fan of any era of the band, with songs like “Spit out the Bone” and “Hardwired” to appeal to the fans of the “first four albums” along with other tracks like “Atlas Rise” and “Moth into flame” which have cool ‘Ride the Lightning’ like intros.

There’s also a deluxe edition bonus with a studio version of “Lords of Summer” which the band released a demo version like 4 years ago to show they were making progress on the album. Also included is the Ronnie Rising Medley, which is a tribute to Dio, and some live tracks from their Rasputin Music in store performance.

Bottom Line: While some fans may feel the band’s best days are behind them; this album presents a great effort on their part, which was unexpected. This isn’t going to be the most technical album you hear this year, but I think it holds good replay value, and you’re not going to hate hearing these songs in a live set, that is if Metallica ever does a full US tour again. You also have to take in consideration this is a mainstream band that does have to adhere to appealing to a larger audience, but at the end of the day this is the best you’re going to get out of a bunch of 50 year olds and I’m perfectly fine with the end result.
Notable Tracks: Murder One, Spit out the bone, Hardwired, Moth into flame, Dream No More
Overall Rating: