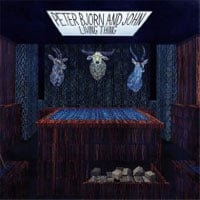 “Living Things” is the fifth album from the Swedish indie band Peter Bjorn and John. If you don’t know who these guys are, you might have heard their catchy whistling song “Young Folks” in the movie 21. The band’s last album was a weird instrumental album called “Seaside Rock” but “Living Things” is more like “Writer’s Block.” I just don’t think it’s as good as that album.

The song “The Feeling” starts off the album and the beat gets too repetitive. The singing isn’t that great in that song so I’ m not sure why that song was picked for track 1. It’s okay, I just would have used something else. Perhaps they should have used “Nothing to Worry About?” The song will take you a few listens to like it, because I originally hated it. There’s a kid choir in the song and it’s kind of creepy. It seems like something you’d hear on Sesame Street, but on acid. But after hearing it a few times, it gets implanted into your brain. The same goes with “Lay It Down,” which has the lyrics “Hey shut the fuck up boy, you’re starting to piss me off.” But they manage to make a unique song out of that chorus. PB&J could probably make a restaurant menu into a song and it would be catchy. I think my favorite song is “It Don’t Move Me,” which reminds me something you’d hear on “Writer’s Block.” I’m still undecided about “Living Things” but if you hate the album originally, you’re not alone. But don’t worry, it will grow on you.

Bottom Line: Not as good as Writer’s Block but an interesting album to say the least
Notable Tracks: It Don’t Move Me, Nothing to Worry About, Lay It Down
Overall Rating:

Previous: The Flatlanders – “Hills And Valleys” 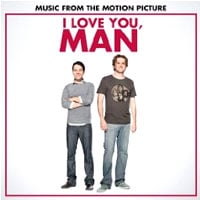