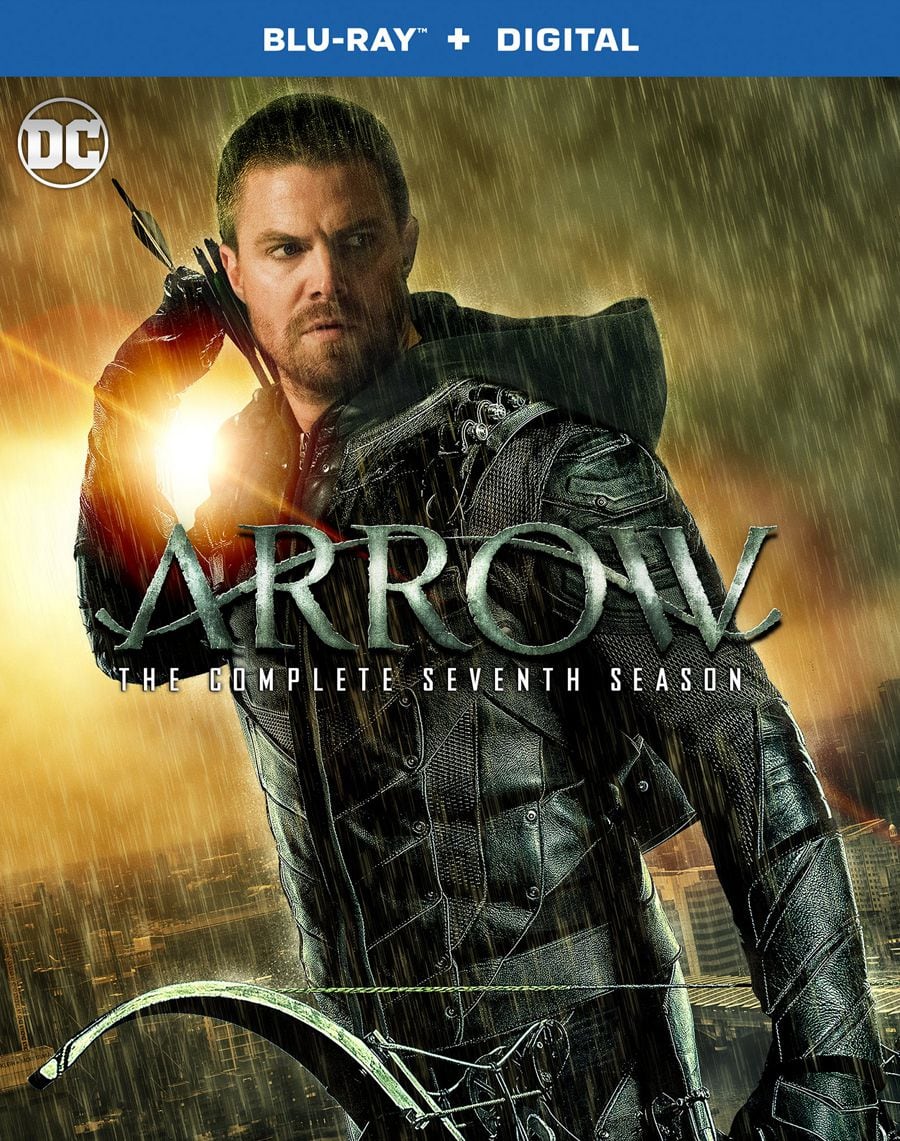 He’s not known as the Hood, Arrow or Green Arrow. He’s not even known as Oliver Queen anymore. All he is now is inmate 4587…nothing more, nothing less.

The seventh season of “Arrow” starts off with Oliver Queen living up to his promise of taking the fall for his friends and revealing his true identity to the world. The rest of Team Arrow is left to protect Star City in their own way in accordance to the anti-vigilante law. Diggle recruits Curtis for ARGUS, Dinah sticks to her police work as the new chief of police and Laura hits the books as Star City’s district attorney.

The early episodes of season 7 focus heavily on Team Arrow skirting the law to protect the city as well as Oliver holed up in Slabside Maximum Security Prison. I felt that there was some retread from the Flash throwing Barry Allen in prison a few seasons ago. Overall though, with everyone in prison now knowing that Oliver was the one that put them there as the Green Arrow, the episodes of “Arrow” were a lot darker and edgier than the “Flash” ones. Their respective teams had to fumble around to find a reason to be there but instead of just “doing science”, Team Arrow had to avoid their vigilante urges and explore other aspects as mentioned before. Team Arrow seemed to handle Oliver in prison better than Team Flash did because they knew that Oliver can handle himself where Barry was a fish out of water.

As the season progressed, an unknown Green Arrow was introduced into the mix and we still had to deal with more Ricardo Diaz stuff but thankfully, that was short-lived. Also introduced in season 7 are flash forwards. Instead of the flashbacks in every previous season, this time things flash-forward into the year 2040 where we learn about Ollie and Felicity’s daughter Mia and how far the city of Star City has fallen, thanks in part to the help of foes and former allies alike. Notably missing is Oliver in these glimpses of the future. As Mia searchers for clues with the help of William regarding their mother’s mysterious death and ominous warnings we discover the paths the members of Team Arrow took in their lives and careers.

If all of that isn’t enough to get your blood pumping, we are also introduced to a step sister that Oliver didn’t know he had! Emiko Queen is out for revenge and blames Oliver and his family for the sins that their father committed and the fallout from his actions. Playing the victim but secretly the victimizer, Emiko adds another complex layer to the Queen family saga.

While most of season 7 was some of the best that the series had to offer so far, one of my least favorite aspects of this season was when Oliver was released from prison and basically worked as a Star City police officer. I felt that this neutered the Green Arrow character for most of the last half of the season. Thankfully, in typical Oliver Queen fashion, he couldn’t stay away from the green leather and hood and put some distance between the police consultant and the superhero.

With decent handling of a multitude of plotlines and nearly a dozen main characters to juggle between modern Star City and Star City 2040, things were usually fast-paced and action packed. There were a few standout episodes that changed things up from your usual “Arrow” vigilante drama. The “Elseworlds” crossover was handled well and set up the future for most of the Arrowverse shows and episodes such as “Emerald Archer”, which depicts a camera crew following around Team Arrow asking them about their sordid past as vigilantes all in documentary style complete with narration by Kelsey Grammer; and “Star City 2040” which introduces us to a broken Star City that is the epitome of Team Arrow’s worst nightmares. While confusing at first, things fall into place as we learn more about what happened to the fallen city and who is fighting to bring it back to its former glory and which former allies brought the city to its knees in the first place.

All of the intertwined plot points and out-of-the-Arrow-norm glimpses into the future may be a lot to juggle, as has been the case with quite a few Arrowverse show’s seasons, “Arrow” seemed to handle these precarious plot points very well. There wasn’t much that dragged on monotonously with no payoff. As Team Arrow was struggling to keep their heads above water and Oliver was fighting for his life in Slabside, things came together anthology style with thread intertwining with quite a few twists and turns. Diaz was finally put to rest, the anti-vigilante law was appealed, Oliver was set free after a few really fun, violent and heart-pumping episodes leading to his release and the payoff of the flash-forwards and somewhat forgotten plot point from the “Elseworlds” crossover topped off with the end of Felicity Smoak’s storyline in the series really set up a bittersweet ending to this season and can possibly set up one crazy and heavily comic book-influenced final season with season 8. “Arrow” has been grounded in reality more often than not, but the setup for season 8 looks like things are about to get insane!

Bottom Line: Season 7 has a lot going on and usually this means viewers are in for a long ride, but this season was more interesting, action-packed and had more of a sense of finality than other seasons. This may be in part to the announcement that season 8 will be “Arrow’s” last but I believe that most of that stems from some really good story ideas and a conscious effort to resolve plotlines quicker. Season 7 just felt more fun than many previous seasons.