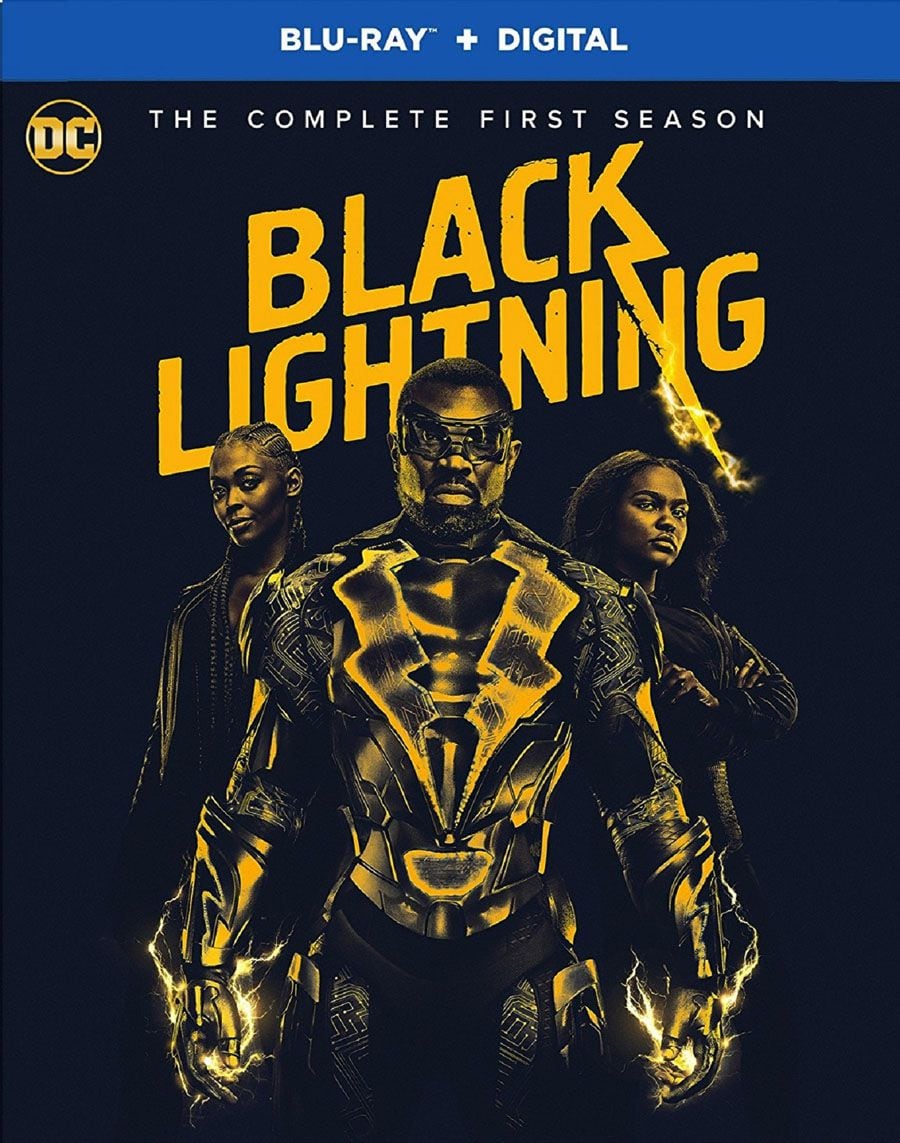 Jefferson Pierce is a high school principal in the city of Freeland, a land that isn’t free due to a menacing gang known as the One Hundred who terrorize the city with drugs and violence. But Jefferson Peirce has a secret past. He once donned the guise of Black Lightning, a vigilante superhero with the amazing power to control lightning. Currently retired due to his abhorrence to violence, circumstances force him to don his suit once again and rid the city of the One Hundred once and for all.

While “Black Lightning” appears on the CW, it was originally greenlit by Fox for a pilot. For that reason alone, the producers decided that “Black Lightning” would stand alone away from the CW’s “Arrowverse” of shows that includes “Legends of Tomorrow”, “Arrow”, “Flash” and “Supergirl”. “Black Lightning” differs immensely from those shows as the story is much more grounded for a superhero show as it deals with subjects such as drugs, gang violence and murder. It also deals with the social and political situations that the black community and our country in general are dealing with in the world today. It makes sure to send a message and make a statement on that topic. It most definitely feels more like a PG-13 version of Marvel’s Netflix shows than it does the sometimes goofy and overly dramatic “Arrowverse” shows.

Cress Williams takes on the star role of Jefferson Pierce/Black Lightning and shines brightly as his swagger, charm and overall badassedness add depth to the character. His eldest daughter Anissa, played by Nefessa Williams, is also a strong lead character and a major badass who plays the role of a rebellious community figurehead and straightforward no nonsense kind of empowered woman. The Pierce family, together with James Remar as Peter Gambi really stand strong overall and make the show believable as a family is coming to terms with the violence in their community as well as the secrets that each other have been keeping from one another. It gives the show a gritty us-against-them mentality.

What good superhero show cannot be what it is without a great villain? “Black Lightning” again strays from the villain-of-the-week norm of the other CW shows and introduces one large looming threat in the One Hundred led by Tobias Whale (Marvin Jones III). The dynamic between Tobias and Jefferson as well as their shared past add a lot of tension to each episode as their story eventually comes to a crescendo towards the end of the season. Tobias will get what he wants by any and all means necessary while Jefferson stands firm with his morals and beliefs no matter how dark the day gets.

“Black Lightning” manages to take the idea of a metahuman crimefighter to Luke Cage levels on a cable television show. The story doesn’t stray too far from its grounded-in -reality nature even with some of the more ridiculous ideas throughout the first season. Each episode provides the viewer with tension as well as unpredictable twists and turns all the while keeping things fun and light-hearted at times. It never gets campy and goofy along the way as more persons with super powers are introduced along the way. Something that also helps keep things flowing in a fluid line is the fact that the first season of “Black Lightning” is only 13 episodes long instead of the usual 20+ episodes that sometimes make the other CW shows feel like they’re dragging on with filler episodes.

If you, like a few people that I know, suffer from CW superhero burnout, “Black Lightning” is a show that could cure you of that condition for a while. Overall there’s just a different vibe to the show not felt recently in the other CW shows all the while managing to peel a lot of character history from the comic book source material and staying true to said material. If you’re looking for a smart, socially conscious statement on violence and unjust in the world wrapped up in some superhero tights, you owe it to yourself to give “Black Lighting “ a try. Already green lit for a second season, here’s hoping that it doesn’t fall into the usual “Arrowverse” tropes. I feel that the showrunners are too smart to let that happen but that would be a damn shame.

Bottom Line: “Black Lightning” feels like a breath of fresh air into the lineup of CW superhero shows that have been running on fumes the past couple of seasons. Besides “Supergirl”, most of the shows all seem to run together and rely on audiences being dumb enough to forget that they’ve been repeating themselves with the same stories but with different faces. Cress Williams and Nefessa Williams stand strong throughout the show and really make you believe in their struggle and that things are going to get better. With a shorter season than the other “Arrowverse” shows that allows the stories to flow better without stopgap filler episodes.