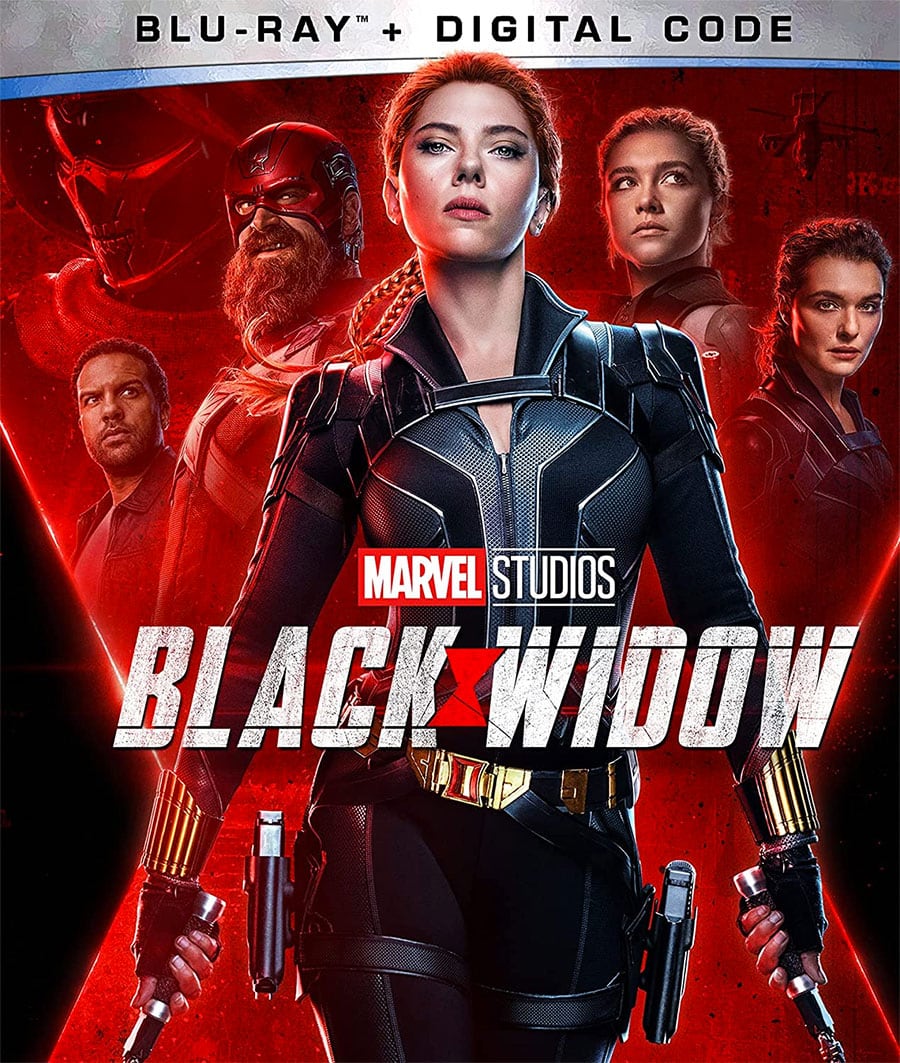 Black Widow / Natasha should have had a movie years ago but just never came to fruition. Now, we get a movie that takes place after Captain America: Civil War. It’s action packed, has its fun moments, some interesting new characters but in the end, it’s just an entertaining movie that doesn’t really offer up anything new in the Marvel Cinematic Universe.

Natasha Romanoff / Black Widow (Scarlett Johansson) has always had a mysterious, shady past that’s always been glanced at. The movie finally explains what happened to Natasha in her early years and how there are some unresolved issues that come creeping back into her life after the events of Captain America: Civil War. Not only is she on the run from the US Government for violating the Sokovia Accords, some other assassins are on her tail as well. Soon, she teams up with her “sister” Yelena Belova (Florence Pugh), “father” Alexei Shostakov / Red Guardian (David Harbour) and “mother” Melina Vostokoff (Rachel Weisz) to take down the man responsible for turning her into what she became.

I had no expectations with Black Widow. I knew it was going to be action-packed with some good fight scenes at least and it was. I bought it originally on Disney+ and like doing that for movies like this, especially during a pandemic. I guess Scarlet doesn’t feel the same and I get that too. If only there was a way to make everyone happy with the theaters vs streaming method. I’d say this movie was more aligned with Captain America movies in terms of style & action, which also has the giant text across the screen when they are in different locations as well. The one part I actually enjoyed the most was the beginning with Natasha and her family undercover in the US, trying to get S.H.I.E.L.D. secrets. Would have been a great Disney+ series ala The Americans in a way. With a movie, you only get a glimpse of their American life and the results of it. It’s a nice setup of the characters that will show up a lot older later on in the film.

I thought David Harbour’’s Russian accent wasn’t great but I still like the character a lot. He brought some sense of humor at least. Florence Pugh’s accent wasn’t better but again, like the character and what she brought to the movie. She will no doubt be the “new” Black Widow going forward, good or bad I suppose. I loved how she would make fun of Natasha’s superhero landing poses and hair whips throughout the movie. Rachel Weisz was good, but not as much to do as the other characters I think. Scarlet is of course the main part of this movie and did an excellent job kicking butt as Black Widow for years in the MCU. In a way, this was the passing of the torch to Florence’s Yelena.

On the Blu-Ray, there’s a few featurettes like Sisters Gonna Work It Out, Go Big If You’re Going Home, a gag reel and deleted scenes. The featurettes were decent but too short. They give fans just enough of what the making of the movie was like with some behind the scenes footage and cast & crew interviews. The gag reel was amusing, can’t go wrong with that and wish every movie had one. The deleted scenes were okay but somewhat forgettable in the end. I would have preferred to watch this on 4k UHD but Blu-Ray is fine for now. I’m sure I’ll upgrade to UHD at some point with my collection of Marvel movies.

Overall, there’s some good action sequences and new characters like Yelena and Alexei but I didn’t think Black Widow offered anything new to the MCU. It might have springboarded some characters to appear in future movies and series, but I almost feel this movie was a “makeup call” to give Black Widow a much needed movie. This should have happened much early on in the MCU, or at the very least after Civil War to follow the timeline a bit. For what the movie is, it gives Black Widow/ Natasha her story finally and is a decent enough action flick. I just wouldn’t really put it too high on my list for MCU movies.

Bottom Line: A much needed Black Widow movie but I feel like it was made too late
Running Time: 134 mins
Rating: PG-13
Extras Rating:
Overall Rating: