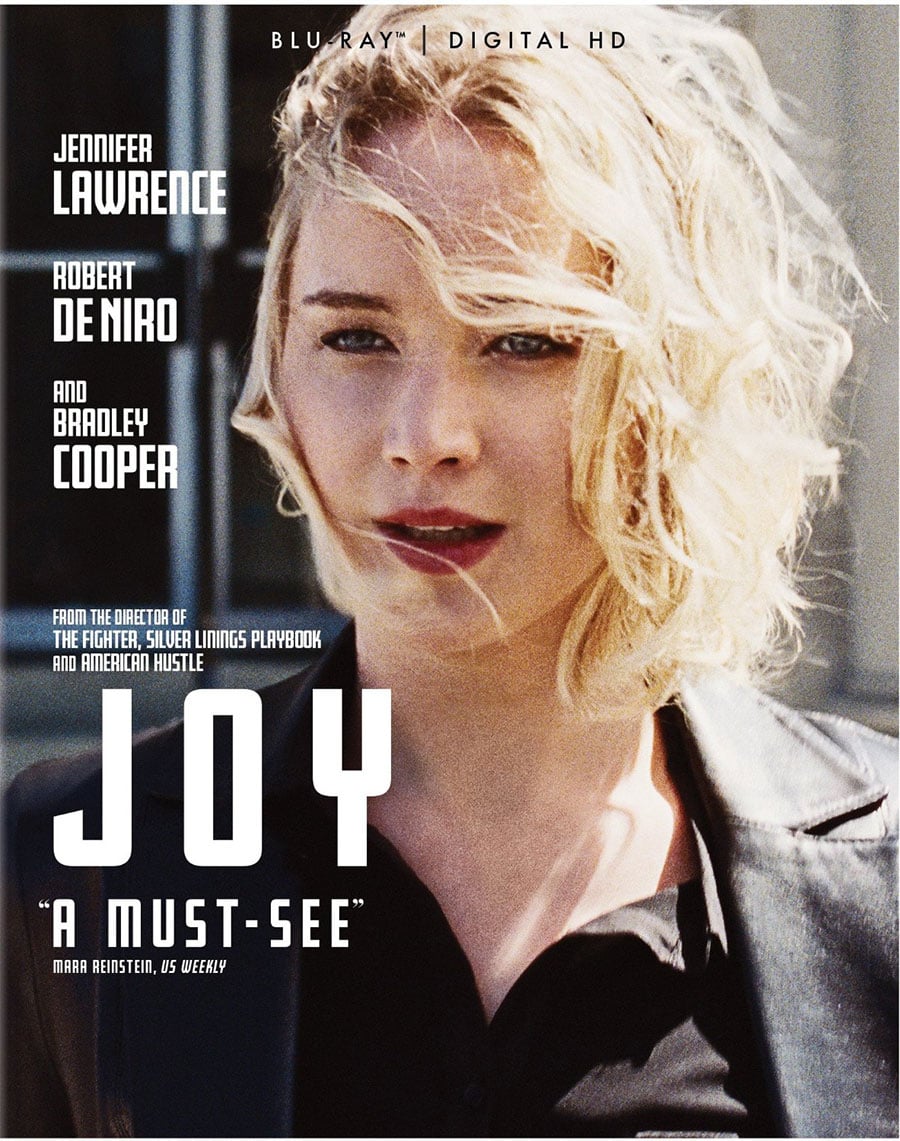 Joy is the latest collaboration between David O. Russell, Jennifer Lawrence and Bradley Cooper. Jennifer Lawrence’s performance is good which is the main reason to watch this movie I guess.

The movie is about Joy Mangano (Jennifer Lawrence), a divorced mother who lives with her kids (she has 2 I think but only saw one most of the time?), ex-husband, mother, grandmother. One day she gets an idea about a self-wringing mop, and tries to get a patent and funded by her Dad’s (Robert De Niro) wealthy girlfriend Trudy (Isabella Rossellini). She eventually gets funded and starts to sell the mops on GVC. While the product is selling, she has other things to worry about like the manufacturer & family members stabbing her in the back.

I had no idea what this was about but was curious since Jennifer Lawrence was nominated for some awards. Her performance is strong and the story is somewhat interesting. As interesting as someone who made a lot of money off selling mops on GVC can be. Not sure why this story stuck out for David O. Russell to make a movie about it. I guess Joy had a lot to overcome to get something made, sell it, and provide for her kids and family. She made some allies but also made enemies including some of her family.

The movie is 2 hours but didn’t really feel bogged down at all. The beginning was kind of boring to me and it wasn’t until she cut her hands on wine glasses when it started to get interesting. I felt De Niro and some other actors were underused in the movie. Sometimes the movie felt a little light with Joy’s mom watching soap operas nonsense or the narration in the beginning. Couldn’t tell if this was suppose to be a whimsical dramedy or whatever.

The Blu-Ray bonus material includes a 20 minute featurette and a long Times Talk with Jennifer Lawrence, David O. Russell and Maureen Dowd. There’s a gallery but I always think those things are waste on Blu-Rays.

I didn’t know anything about Joy going into this film and came out thinking it was just…okay. Lawrence played the character well but was it Oscar-worthy? That’s debatable. There was a lot of talent in this movie but they felt underused for the most part. I didn’t love this movie but I didn’t hate it either.