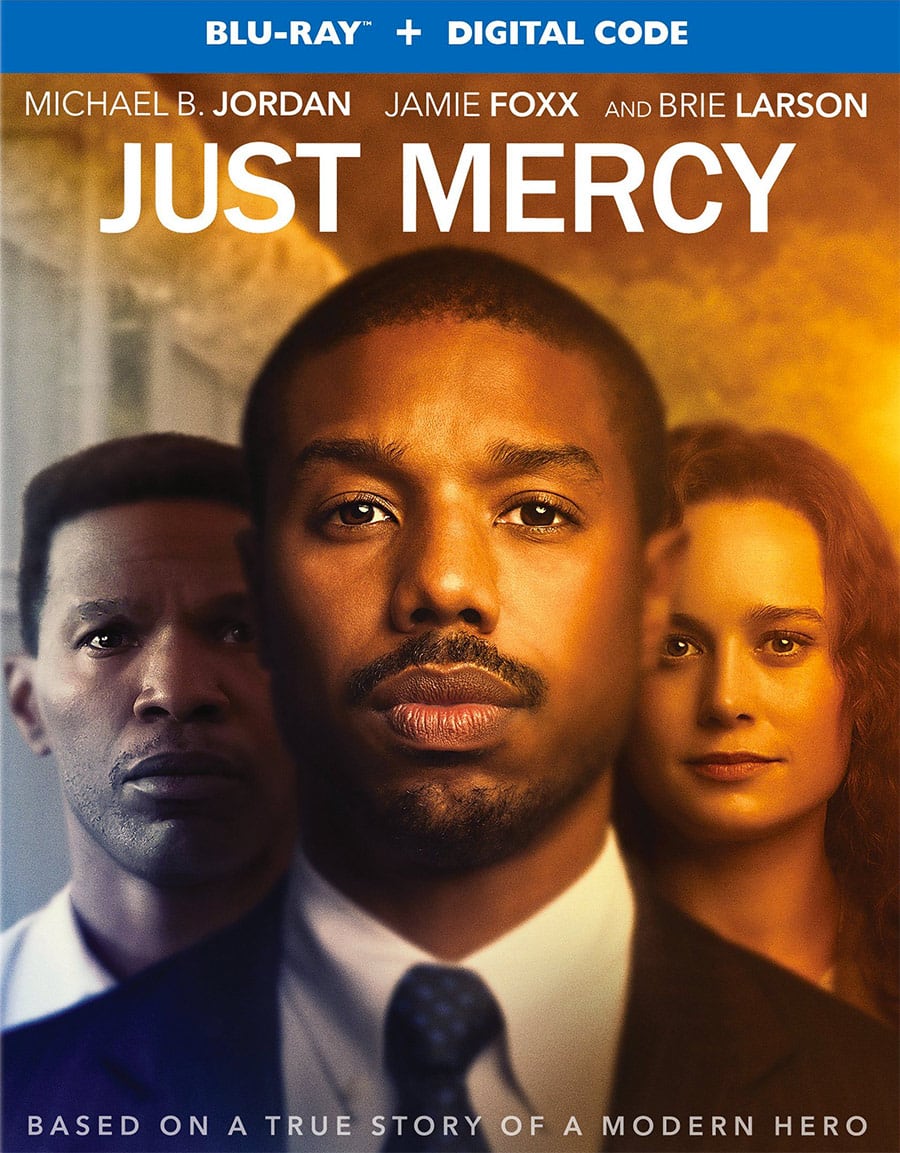 Just Mercy is a movie that wasn’t on my radar but it ended up on my doorstep. It’s based on a true story and one film people should watch. Frankly, the movie deserves a lot more eyeballs on it and some actors should have been nominated for some awards for their performances.


The film is about the true story of young attorney Bryan Stevenson (Michael B. Jordan), who starts to work down in Alabama in the late 80s. He passes up on more lucrative jobs to defend people wrongly condemned on death row, poor prisoners who can’t get proper representation or fair trials. He’s supported by local advocate Eva Ansley (Brie Larson), who starts Equal Justice Initiative with Bryan. They pick up the case of Walter “Johnny D” McMillian (Jamie Foxx), who was wrongly accused death row inmate convicted of a notorious murder in Alabama. Bryan takes everything he can to fight for Walter’s life and to get him out of jail and off death row.

I wasn’t aware of this movie or the story about Stevenson and McMillian. Honestly, I don’t even remember requesting to review it but thankful I got a copy because I really liked the film. I decided to put the movie on after putting my kid to sleep and ended up being glued to the couch watching it until after midnight. Was at the point of tears a few times, particularly one moment when one inmate is sent to the electric chair. Pretty horrific sight honestly. I’m sure there’s other people on the other side of the death penalty argument saying sure, they deserve it but it’s just not a good way to go, regardless of what they did.

The film made me angry with what was happening, made me sad at times but I still really liked the movie. It felt like a few other movies that are popular out there: Philadelphia, Green Mile, Shawshank Redemption and any other movie that deals with racism, the wrongly accused and death row. I never knew about Bryan Stevenson and the work he was doing, or who Walter “Johnny D.” McMillian was. Michael B. Jordan and Jamie Foxx were excellent and should have been nominated for a lot more awards than did. I think Jamie Foxx got nominated for a SAG and the guys won for NAACP Image Awards but that’s about it. Definitely Golden Globe and Academy Award nominated worthy in my opinion. Brie Larson was good but felt a little underused in the role.

The movie is a little long but not to the point that makes you want to check your watch. The story gives times to explore the relationship Johnny D has with the other inmates on death row, and how Bryan is dealing with threats and other lawyers in town. Some might call it cliche but I’m sure all these scare tactics happened. I like the back and forth between Bryan and Tommy (Rafe Spall) with the way they were handling the cases. Some things you could see were coming a mile away just based on how the South was handling certain cases…for the 1980s. People threatening families, cops pulling over the lawyer and questionable judges. I’m sure this crap still happens honestly but not just in the South. Even just some of the things Bryan had to do just to talk to inmates in the prison was infuriating. This movie demonstrates all of this well and I think it’s a fine drama.

The Blu-Ray contains some standard featurettes called “Making Mercy,” “The Equal Justice Initiative,” and “This Moment Deserves.” Plus there’s about 14 minutes worth of deleted scenes. The deleted scenes were mostly Bryan focused but could see why they were cut. The featurettes were okay but short but not too short. Just enough to tell you some quick behind the scenes stuff, talk about the story and real life Bryan Stevenson.

Just Mercy was a surprisingly good film that moved me in multiple ways. It had an interesting story and terrific performances from the cast. Give this one a shot.