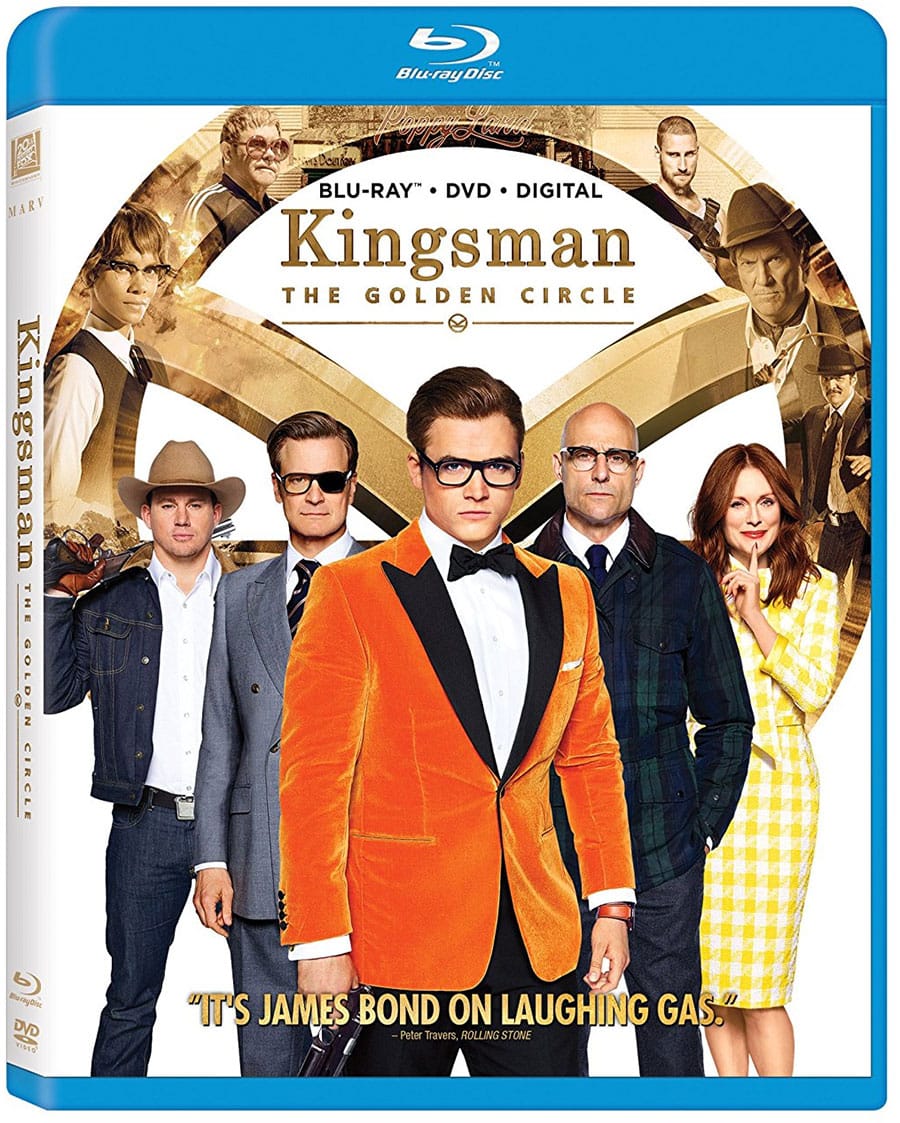 The first Kingsman was a fun surprise. It was like James Bond and Austin Powers but a bit sillier. The sequel, The Golden Circle makes Austin Powers look like a serious movie.


The sequel begins with a former failed Kingsman agent attacking Eggsy (Taron Egerton), and soon after, the secret organization and most of their members are destroyed. Eggsy and Merlin are the only ones left and they find themselves in the US. There, they discover an allied spy organization called the Statesman. The two organizations band together to take on Poppy Adams, head of the largest drug cartel.

I liked the original movie but I didn’t take it all that seriously. A lot of others praised it including a bunch of critics I follow. I liked it but wasn’t as wowed as they were. I don’t think Matthew Vaughn & crew made the movie all that serious as well. This one is even more zany and sillier, and frankly, not as good as the first movie. It has its moments and it’s fun at times, but like with most sequels, they try to make it bigger, add more cast members and it suffers in the process. The over-CGI of practically everything turned me off as well. I think we’ve learned that in order to make CGI work and not be a distraction in movies, you need to mix it with practical effects.

The opening sequence was so dumb, so silly and just a mess that it made me not to watch the rest of it. It gets better but just a ton of eye rolling throughout watching this. The fact that they brought Colin Firth’s character back to life was just so dumb. I think they realized their mistake in killing him in the first movie and tried to come up with some bullshit excuse to bring him back. Oh, they meant to do this…yeah, I don’t buy it. I like his character and hated that they killed him in the first movie but this just feels cheap in bringing him back.

Some people will hate that they say fuck every other word, or maybe they will hate the fact that two characters get killed in a meat grinder. One of those scenes is followed by that meat being turned into a hamburger. Scary part is that burger looked really delicious. Who knew Lily and Alfie Allen’s Dad would look so tasty to eat. Those scenes look and felt like something straight out of Austin Powers. Also, what the hell was with that extreme closeup of that girl’s panties/vagina? Didn’t know if I was watching a porn parody for a second. The shot was just weird and out of place. The first movie was a sort of spoof of spy movies, but this one just feels like a spoof of itself. It lost its way, the actors are way over the top and it’s really disappointing.

Elton John plays himself in the movie and I thought he was one of the best things about it. He had some great lines, and ones that made me laugh out loud. Mark Strong is good in this as well and liked him in both movies. He usually plays bad guys so it was nice for him to be on the other side for a change. Channing Tatum, Jeff Bridges and Halle Berry are bill but their roles really feel like cameos to me. Taron and Colin are a good team and make the movie watchable, just wish it didn’t feel so cheap with bringing back Colin again.

The Blu-Ray extras include featurettes on the making of the movie, one about the black cab opening sequence that I hated, and some other things. The Inside the Golden Circle is a lot to watch, and it’s broken up into sections so you don’t have to watch it all at once. There’s lots of interviews with the cast, and lots of footage from the set on how they did things.

Kingsman: The Golden Circle is a type of movie to just shut off your brain and watch. It’s nowhere as good as the first movie but it has some few moments that are fun. It’s too bogged down by overdone special effects, too many cast members and it has just become a parody of itself. I wanted a lot more from this but was just let down. If they do make a third movie, hopefully it will be more like the first movie.