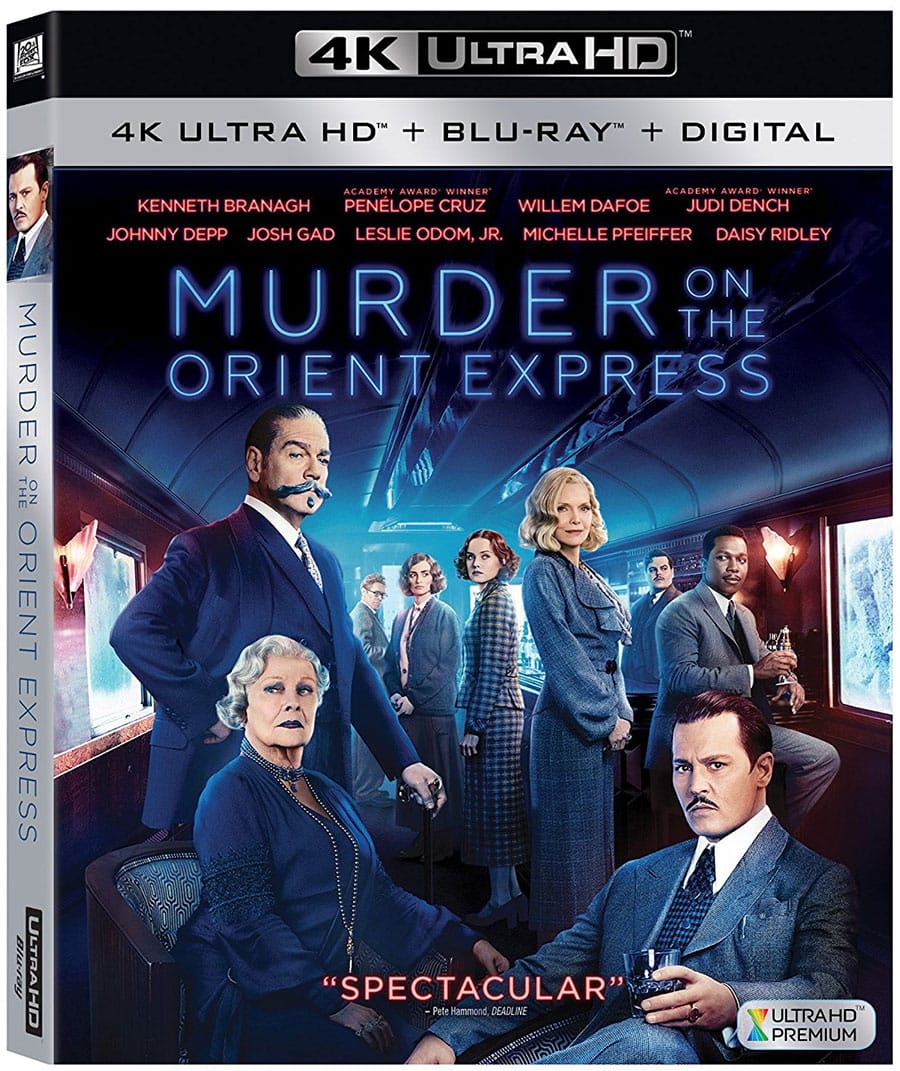 The latest remake is for Murder on the Orient Express, directed by Kenneth Branagh, who also leads the all-star cast. The movie is entertaining but something about it makes me think it could have been better in some areas.

The movie is centered around the famous Belgian detective Hercule Poirot (Kenneth Branagh), who just solved another case in Jerusalem. He wants a vacation but gets called for another case in London. His friend, Bouc (Tom Bateman), is director of the Orient Express and offers up a room for him on the train. While on the train, Poirot notices a large group of people that seem suspicious including businessman Edward Ratchett (Johnny Depp). A murder ends up happening on the train during the night and Bouc pleads with the detective to solve the murder for them. It’s going to take all his wits to figure this one out.

I never read Agatha Christie’s book but judging by some of the comments I’ve seen of the movie, it’s pretty faithful to the book. I always like when movies change things up a little bit but doesn’t sound like this one did that all too much. Kind of takes away the suspense of it all if you’ve read the books. I didn’t, so I didn’t know what to expect. I didn’t think what happened would happen so I guess I’m surprised in a way. The movie is entertaining, has a great cast and I’m all for a murder mystery. With that said, something felt off by this. I’m not sure what it was but it just kind of felt lackluster after it’s all over with. It just kind of sizzles out at the end of the movie.

Not sure why they went with the overly-done CGI with a lot of this stuff but it kind of took me out of the movie. Felt like I was watching the Polar Express or Thomas. They couldn’t have done miniatures? At least with that, the trains would have looked more realistic. The all-star cast was good and I have no complaints with any of them really. They didn’t really stand out other than Branagh, but even I expected more from him. It’s just something about the movie that felt like more could have been done. It’s just one of those movies where you watch it, shrug your shoulders and say “yeah, it was okay.” I could tell you who the actors are in the movie but couldn’t even tell you the names of their characters though. They could have explained more about their characters and showed more of their back stories. Branagh’s direction is a highlight because he has a lot unique and different angles & shots. There’s a long tracking shot, introducing all the characters on the train and there’s these overhead shots that are bit different.

The Blu-Ray special features include featurettes on Agatha Christie, the cast & their characters, music from the movie, deleted scenes, commentary and more. There’s some interviews, some behind the scenes footage, some deleted scenes and all that. Pretty standard stuff but decent amount of little featurettes to wet your whistle. I received the 4k version but since I don’t have that yet, I just watched this on Blu-Ray and it looked excellent quality-wise.

Murder on the Orient Express is a faithful adaptation of the book and is entertaining enough for the casual viewer. Others will be disappointed in that the movie offers up nothing new and with the terrific cast, their performances are just par for the course. There’s not a lot of wow to this movie. Still, it’s worth putting on during a boring Sunday afternoon.