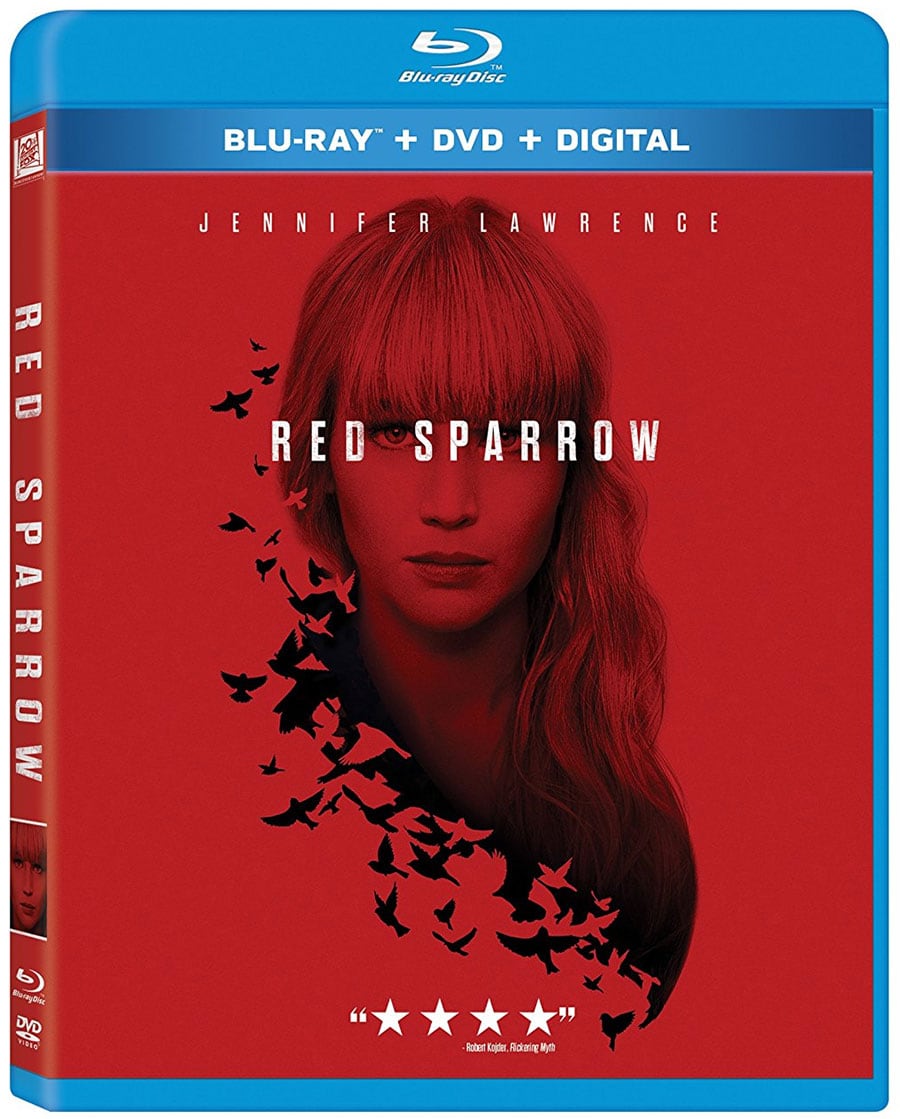 Red Sparrow wasn’t a movie I had on my radar but it’s a decent enough sexy spy thriller with enough action and suspense to please some people. It’s sort of similar to Atomic Blonde, in both try the sexy spy angle and you come away from both not fully satisfied.

The movie is about Dominika Egorova (Jennifer Lawrence), a former famed Russian ballerina who finds her way into spying from her Russian intelligence Uncle Ivan (Matthias Schoenaerts) and the State. They recruit her to seduce a gangster and afterwards, she has a choice: become one of them or be executed as a witness. Meanwhile, Nate Nash (Joel Edgerton) is a CIA operative in Moscow working with a Russian mole in the Government. Nate and Dominika soon meet up after she becomes a “Sparrow,” a Russian spy whose main job is to seduce to get what they want. She offers to work with Nate as a double agent since she never wanted to be a spy. Then there’s this confusing back and forth on who’s double crossing who, just to uncover the truth behind Marble, the mole.

I didn’t know what to expect with Red Sparrow but I came out of the movie liking some things, and other times I just felt meh after it as well. I liked the “sexy” part of it and thought it was a different take on the spy genre, if you don’t count Atomic Blonde and even La Femme Nikita. The action was okay but wasn’t a whole lot of it. There was more torture scenes than anything and that was rough to watch at times. That skin peeling scene was hard to watch in particular. The chemistry between Lawrence and Edgerton wasn’t that special but wasn’t really sold on either one of their characters either. You can tell Jennifer Lawrence gave it her all, training with ballerinas, trying to speak with a Russian accent and getting fully nude for the role. I mean, I guess she was nude as Mystique in a way, if you count her covered in blue makeup. She wouldn’t have done all that if she didn’t think this was going to be a good movie. It’s not that bad of a movie but it’s not a great movie either. I felt like there could have been more Bourne-style action sequences but I suppose it’s not that type of espionage movie. It certainly needed a little something else.

The Blu-Ray has some featurettes, deleted scenes, commentary and other things like that. For the most part, many of the extras are you typical behind the scenes featurettes offering interviews, shots of filming and things like that. One featurette shows how they worked in Jennifer Lawrence and the ballerina that they superimposed her face on. There’s also some quick featurettes on editing and scoring.

Red Sparrow is an okay thriller and worth watching on a boring afternoon. It doesn’t really offer anything new to the spy genre and could have used more action, although I’m not sure it was meant to be that type of spy thriller.