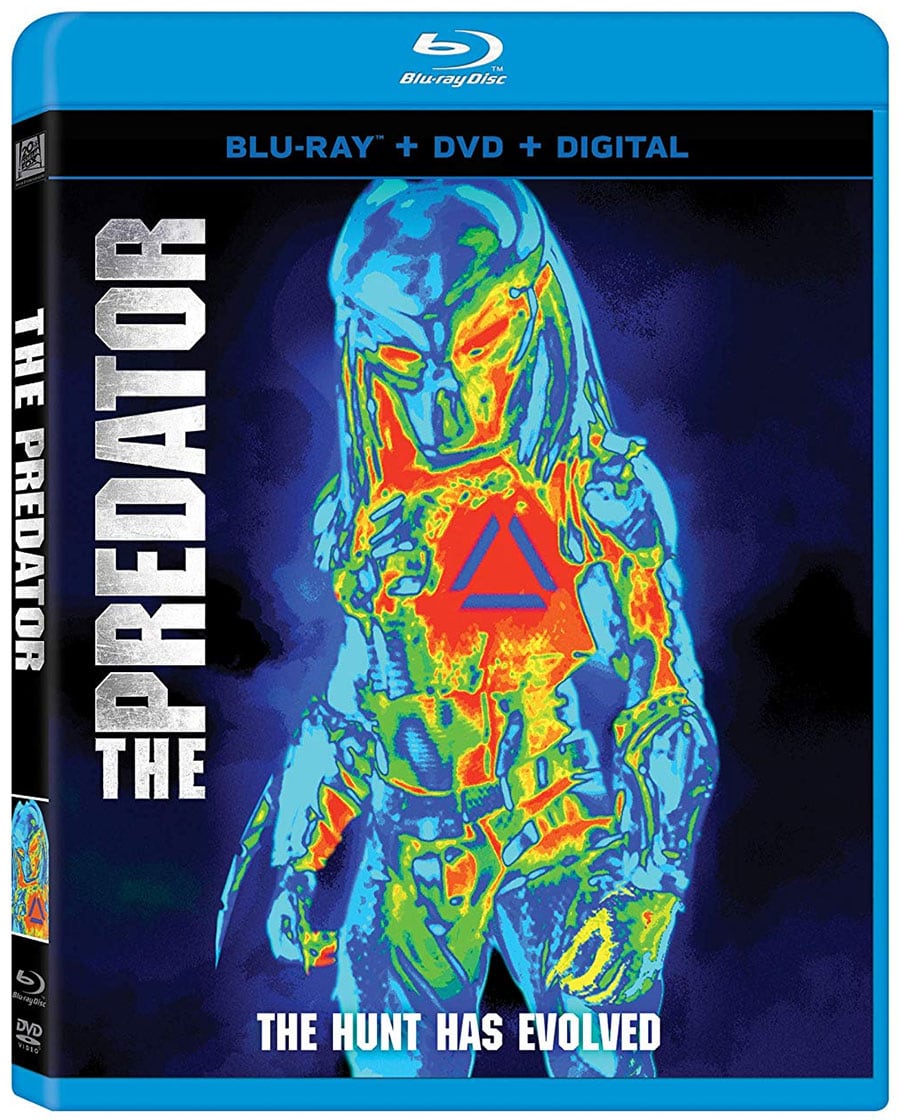 The Predator is the latest movie in the franchise, and one that people will either like or hate. I thought the movie was a lot of fun…stupid fun. Sure, it’s not the original movie but I enjoyed this one for what it was.

The movie starts off with a Predator ship crash landing on Earth. Army Ranger sniper Quinn McKenna (Boyd Holbrook) and his team get attacked by the Predator but McKenna is able to subdue the alien. A Government team lead by Will Traeger (Sterling K. Brown) arrives at the scene and jails McKenna for basically being there. Before the team arrives, Quinn somehow sends the alien’s helmet and armor to his wife & autistic son to keep out of the hands of the Government and to prove extraterrestrials exist. Traeger recruits evolutionary biologist Casey Bracket (Olivia Munn) to examine the Predator alien. Like all these movies, shit hits the fan and the alien wakes up and wants to recover the missing armor. That leads back to Quinn’s son Rory. Quinn assembles a bus full of military vets with PTSD to help him battle the Predator(s).

I had no expectations with The Predator. I’m a fan of the original but haven’t seen any of the sequels since they looked pretty crappy. Plus, no Arnold so I didn’t bother. I actually thought this one was similar to the first movie in that the group that was assembled was memorable and funny. I did have a pretty good idea who was going to be left standing though. There was a few callbacks to the original but you’ll have to watch to notice them.

For what this was, this was a pretty entertaining movie where it was just a lot of stupid fun. Predator dogs, multiple predators, an autistic kid who understands the language of the aliens – it’s all a bit silly but I thought it worked with the premise. I didn’t have much hangups with anything since I already didn’t have any expectations. I read that some people thought this was the worst movie of the year but have they seen Fantastic Beasts or Rampage? Those were pretty crappy. If you think this is going to be some Oscar winning movie, you’re going to be really disappointed but if you just try to have fun with it, you’ll like it. I liked the cast, the story was okay, the score was very similar to the original which I liked and the movie had one scene that made me genuinely laugh out loud. I won’t spoil what the joke was but I’ll just say it involves a Predator and a military truck. It just felt like a different scene in a different movie but still, really funny scene.

The Blu-Ray has a bunch of deleted scenes, some featurettes, and some other things. There’s a featurette about Shane Black getting involved with the original Predator, what his approach was back then and how he approached the new movie. He wanted a movie that resembled the original, had some jokes in it, had a memorable team, things like that. There’s a featurette just on those looney team of misfits that band together to battle the aliens. There’s some Predator catch up featurette that gets you caught up on all the movies so far. Some decent stuff in the bonus features.

Let’s get this out of the way, the Predator is stupid. It’s still a fun movie to watch though. The whole plot with Quinn’s son understanding the alien language and knowing what to do with the helmet and armor was silly. The predator dogs were silly, the editing was a little out of whakc but I liked everything else. What makes this movie is the fun team that is assembled and it’s just an entertaining for me. Not everybody will like this and that’s fine.

Bottom Line: A stupid but fun movie that fans will either like or hate
Running Time: 107 mins
Rating: R
Extras Rating:
Overall Rating: