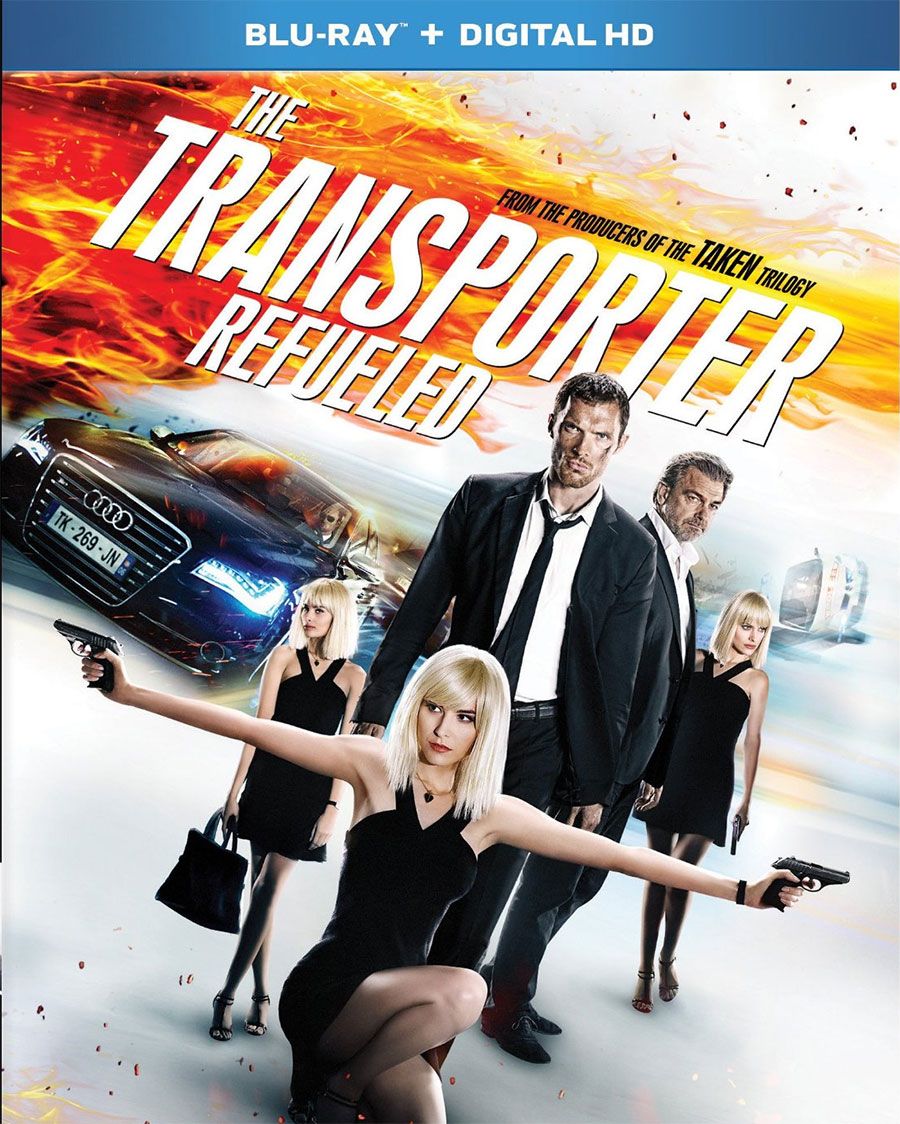 I was a fan of the original Transporter movies (well at least the first one) but having it rebooted just seems silly to me. While Transporter Refueled has some decent action scenes, it’s not a very good movie.

Transporter Refueled is about Frank Martin (Ed Skrein), a former special ops and now a driver with special rules and skills to complete various jobs for sketchy people. After taking a job from a mysterious woman, he’s forced into their plot to get revenge of a human trafficker who wronged the woman years ago. Thrown in the mix is his Dad, Frank Martin Sr. (Ray Stevenson), who gets kidnapped every 5 seconds.

Hollywood’s trend of rebooting movies while there’s still somewhat fresh is getting irritating. They’re tried rebooting Transporter with a TV series with Chris Vance and now they have tried with Ed Skrein with this movie. Skrein played the original Daario Naharis in Game of Thrones and I actually prefer him as Daario. Not sure what happened there with that but it was frustrating to see another actor play a character you already familiar with. Game of Thrones aside, Skrein is an okay actor, I just don’t think he did all that much with the character in this movie. The fight scenes looked stiff or too choreographed and he had no charisma. With Jason Statham, he was stern, handsome, a bad ass but he had some charisma too. Ray Stevenson, who played his Dad had all the charisma and honestly, made the movie watchable. Having him call Ed Skrein Junior felt very Indiana Jones and the Last Crusade and got irritating over time though.

Maybe the fact that this is about Frank Martin and not some other character that is a transporter didn’t sit right with me. Or maybe the first Transporter movie came out back in 2002. Not enough time has passed to reboot it. The plot was pretty confusing and just overall very stupid. With the original Transporter movies, he got involved because of the shady people he dealt with. This time, there’s some fake plot to kidnap his Dad to get him involved with these girls that all dress a like. I’m still trying to figure out what the hell happened in it. It still takes place in France, which still seems weird to me that they didn’t change that up. Why not have the Transporter be French if you’re going to reboot it? This movie is an okay movie to put on TV when there’s nothing else on but that’s about it. I’ll just stick with the Statham movies instead.

I didn’t bother checking out the extras for the Blu-Ray but looks like there’s not a whole lot on here. 3 featurettes that probably equal 15 minutes. You can tell what studios think of their movies when they don’t put much effort in the features either.