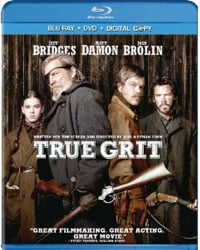 Coen Brothers’ movies are hit or miss with me. Some of them I like, some of them I don’t. I didn’t like No Country For Old Men and I didn’t see A Serious Man or Burn After Reading yet but their remake of True Grit was decent. It offered nothing really new in the genre but didn’t suck either.


An adult Mattie Ross (Elizabeth Marvel) narrates the movie and she talks about how her Father was murdered by one of his hired hands, Tom Chaney, when she was 14 years old. Young Mattie (Hailee Steinfeld) goes out to recruit two men to avenge her Father’s death. One is an over the hill, one-eyed Deputy U.S. Marshall who likes to drink too much called Rooster Cogburn (Jeff Bridges). The other is a Texas Ranger LaBoeuf (Matt Damon) who’s hot on Chaney’s trail, after killing a State Senator a few months back. Cogburn and LaBoeuf hesitantly agree to work together with Mattie, who’s along for the hunt as well.

I never saw the John Wayne version but I heard this remake is more true to the novel from Charles Portis than the John Wayne movie. I really enjoy westerns, especially recent ones but not sure I liked this as much as others like 3:10 To Yuma, The Assassination of Jesse James by the Coward Robert Ford, Appaloosa and Open Range. The film was shot really well, the cinematography was top notch and so was the acting. Maybe it’s just the story and the characters I don’t really like?

Jeff Bridges does a good job of being a drunken, has-been Marshall. I felt like I needed to use the subtitles when he spoke. The banter between him and Matt Damon’s character was pretty amusing too. Hailee Steinfeld did an amazing job with her role, considering this was her first feature. I’m sure we’ll be seeing more of her in the future. When the film is gritty and violent, that’s when I really enjoyed it. The last half hour was probably the best I thought, at least in terms of finally getting somewhere. The look of True Grit was beautiful, and one of the stronger aspects of the film.

The Blu-Ray (as with most Blu-Rays these days) comes with the DVD. The Blu-Ray contains interviews and behind the scenes look & training with Hailee Steinfeld, who played Mattie Ross. She previously had horse riding experience, but didn’t have experience with guns. So her father took her out on the range to get use to them; probably was a smart idea since her character had to shoot a rifle. The other extras include quick featurettes on the cast, the guns, the clothing, cinematography and a few other things. It’s a nice balance of extras, but there’s nothing too in-depth. As far as the quality of the Blu-Ray is concerned, I saw no problems at all. Crisp and perfect.

True Grit is another gritty, slow-moving western film that I thought was just okay. I didn’t jump out of my seat with excitement, but I didn’t want to fall asleep either. It was somewhere in-between I guess. It’s a good film but Oscar worthy? I don’t know about that.

Bottom Line: A decent western but not one of the best in recent years.
Running Time: 110 mins
Rating: PG-13
Extras Rating:
Overall Rating: 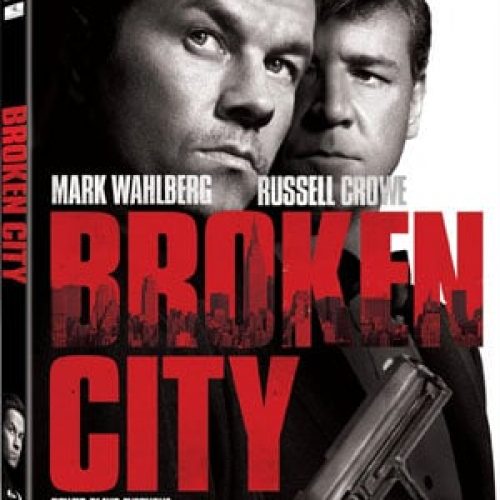