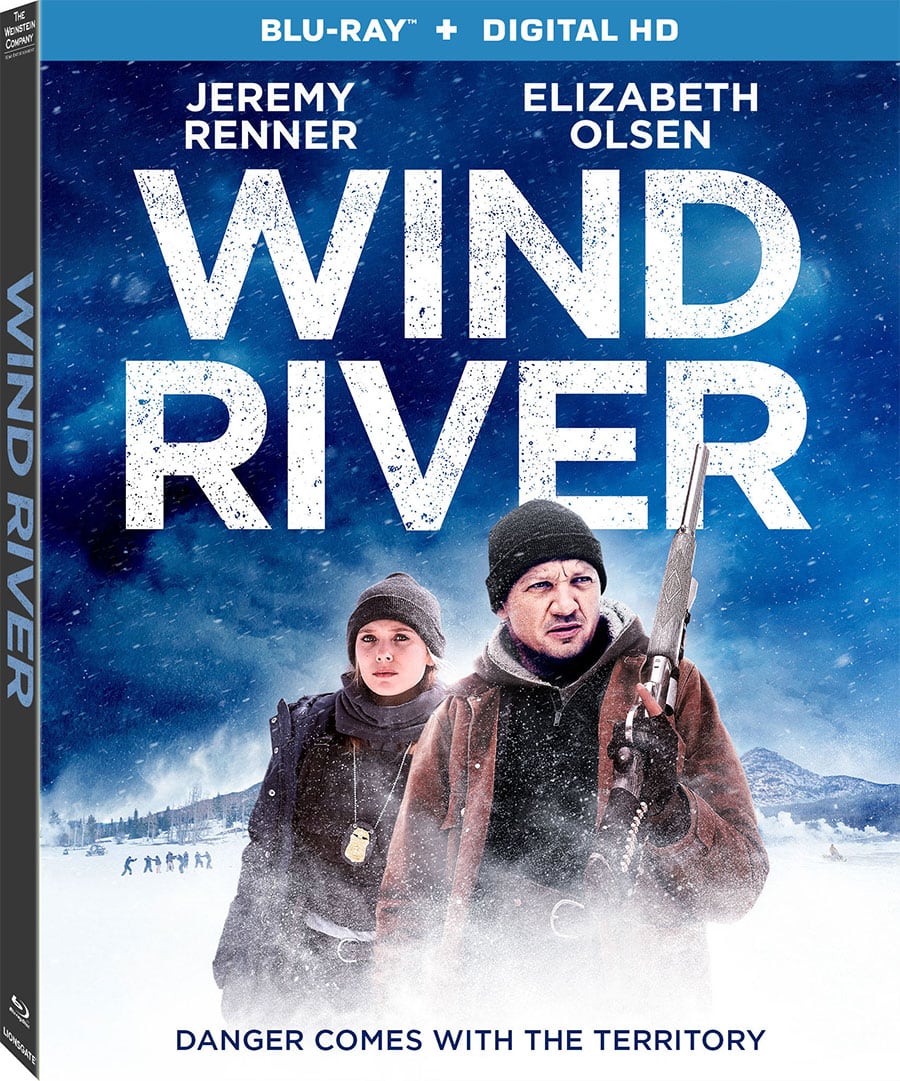 Wind River, a movie I didn’t even know about until this was released on video is actually a really good movie. If you’re a fan of movies like Thunderheart or other thrilling dramas about murder, you’ll enjoy this one.

The movie is about a rookie FBI agent, Jane (Elizabeth Olsen), teaming up with a U.S. Fish and Wildlife Service agent, Cory (Jeremy Renner) and Sheriff Ben (Graham Greene), to uncover a mysterious murder that happened on the Wind River reservation. Jane quickly adapts to the harsh conditions of Wyoming and soon realizes something bigger is happening with this body that they have found on the reservation.

This was another movie I had no idea what it was about, I had no expectations for it and ended up really liking it. I’m a fan of movies that take places on Native American land, have Native actors in the movies and this type of genre is something I enjoy as well. It’s Hawkeye and Scarlet Witch on a side mission to try to uncover this murder mystery in Wyoming. It’s a somewhat basic premise but it just works. It’s similar to Thunderheart in that, it’s about a rookie agent that goes to a reservation, has to uncover a murder with an unlikely person, has the same grittiness to it and both movies have Graham Greene in it!

I love Graham since Dances with Wolves so it’s nice to see him in movies still. I don’t believe I’ve seen anything from him since Die Hard With a Vengeance. Elizabeth Olsen was good and something different that she has done in the past. Jeremy Renner’s character is really likeable and those two already have established chemistry from the Avengers movies. There really weren’t any dull moments in the movie and I had no problem with the pacing. The intense, violent ending kind of surprised me a little with the flashback scene and then the showdown. Sad to see some characters go but was a great way from all the buildup. The very end scene was fitting and somber but fit the overall movie. Some texts ends the movie and it’s kind of a eye catcher with the info.

The Blu-Ray contains a digital hd code, some deleted scenes and some quick behind the scenes featurettes. While the extras were satisfying enough, I wish there was more.

Wind River was surprisingly a good movie and one I’ll probably watch again. The acting was excellent, the scenery was cold-feeling but breathtaking and the ending was intensely violent. I recommend this one!