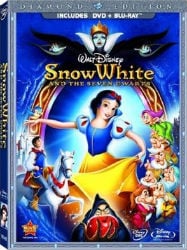 Disney’s first full length animated feature, Snow White and the Seven Dwarfs, is available to own for the first time in glorious high definition, and it’s a must own for Disney animation fans. Walt Disney set out in 1937 to deliver something different that the world has never seen before, and many thought he was doomed to start after announcing a full length “cartoon,” but this film would essentially put the Walt Disney Co. on the map. Based off the fairytale by the Brothers Grimm, Snow White and the Seven Dwarfs deals with primarily the jealously of a stepmother who is Queen of the land and her beautiful, young stepdaughter, Princess Snow White.

Snow White is just a young girl growing up in the beautiful kingdom, but when she is nearly killed by an assassin sent by her evil stepmother, Snow White must flee into the wilderness to hide. Shocked and stunned, she cannot believe that such a person could do such a thing, but it was the mercy of the Queen’s assassin, that allowed her to get away. The Queen every day would ask her Magic Mirror on the wall “Who’s the fairest of them all?” All was well when the mirror answered that it was the Queen and then one day the Mirror said it is Snow White. This enraged the Queen and she thought she had the heart of Snow White as delivered by the assassin, but the Queen was wrong. The assassin tricked her by giving her the heart of a young deer instead. The queen freaked out and searched out how to kill Snow White herself. Headed to the basement of the Castle, the Queen created a concoction of poison to deliver to the princess. The mirror spilled the beans and told the Queen she was in hiding with the seven Dwarfs. Sweet, lovable little guys who work all day and sing about how much they like it. That certainly isn’t the way any more is it? So the Queen sets out, full of a spell that makes her old, wretched and vile looking so the Princess won’t realize it is the Queen.

What I found most endearing and sweet about the film was the Seven Dwarfs. Here are seven “little people” who though share different personalities and traits, share a home together and live in peace in the Forest. They come home to find Snow White asleep in their beds and the entire house is spotless due to Snow White cleaning it with the forest animals. Realistic, I know. Together, they look to protect the Princess because of the Queen and her mission to kill the fairest in the land, Snow White. While at work, the Queen, who is now in disguise as the creepy, scary old lady journeys into the forest to find Snow White and feed her the poison apple. Of course the dummy eats the apple and serves as a valuable lesson. Don’t eat food from old nasty looking witches in a forest, no matter how tasty the apple looks!

Snow White is a classic fairytale and Walt Disney really delivered an excellent first full length picture with this film. A must own for all animation fans but classic films as well. The film delivers a strong message, and also children will enjoy it at times. I know as a kid I certainly got scared of that witch. Actually, the live action Snow White from Radio City back in the early 80s haunts me to this day with the live action Witch. God I hate her. The Blu Ray release is monumental because the original film was cleaned so meticulously that you can’t even tell this was a film from 1937, now in high definition. Of course the film is standard width and not in high definition wide screen but you certainly can enjoy the film just as much. The colors are cleaned up and come through very crisp, and vibrant and the dark colors don’t drown out the rest of the film either. At times you forget you are watching a film from the 30s but then there are times you realize it is a very old film. The way the character actors use the voices in their roles, and also the dialogue of the script.

For fans of the entire film, you will particularly enjoy the HD look inside the old Hyperion Studios where Disney and his animators created Snow White and the Seven Dwarfs. Inside the feature you will get recovered audio and photos from way back when they were creating the film and you can jump from each department as they discussed the process of the film. It was also enjoyable to see footage from the premiere of the film with Hollywood’s finest in attendance and how Disney created this Snow White village set up outside the theater. It’s special to consider how important the success of Snow White needed to be. Without it, the studio would have failed and the future franchise of Walt Disney and Co. would never amount to the successes it has today. No future films such as Peter Pan, Sleeping Beauty, Beauty and the Beast, Aladdin, etc and not to mention the funding to start massive world wide theme parks for the entire world to enjoy.

-DisneyView — Expanded Viewing Experience
-All-New Music Video
-Snow White Returns — Newly Discovered Storyboards. Was Walt Planning A Sequel?
-Hyperion Studios — Explore Walt’s Original Studio
-The One That Started It All — See How Snow White And The Seven Dwarfs Forever Changed The World Of Movies
-Exclusive Sneak Peek At Walt Disney Pictures’ The Princess And The Frog
-What do You See? — Decipher The Scrambled Image
-Mirror, Mirror On The Wall — Which Princess Are You Most Like?
-Jewel Jumble — Test Your Matching Skills
-Dopey’s Wild Mine Ride Game
-“Heigh-Ho” Karaoke Sing-Along
-Disney Through The Decades
-Includes DVD Copy Of Snow White And The Seven Dwarfs 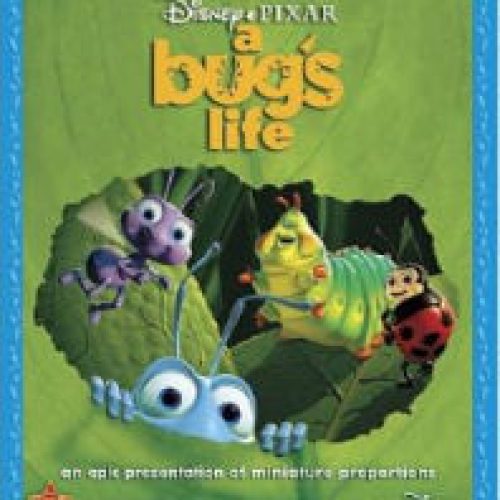 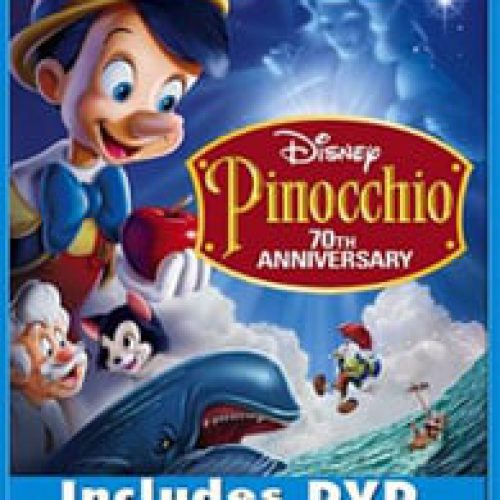