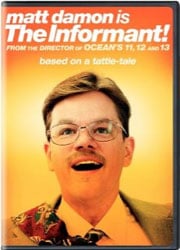 The Informant is a dark comedy based on a true story, which I never knew about until now. Matt Damon plays a likable yet annoying character and Steven Soderbergh directed an overall good movie. But I don’t think everyone will like this film.

The movie takes places in the early 90s and is about Mark Whitacre (Matt Damon), a biochemist and junior executive at agro giant ADM (Archer Daniels Midland). While the FBI is investigating a saboteur in the company, Marc “whistle blows” to the FBI about the company’s price-fixing on lysine; an additive used in the commercial livestock industry. Basically, lysine is used in a lot of food and the companies raise the prices when they want to. The general public suffers while executives get richer. FBI didn’t have a clue about this until Marc spoke about it, and he becomes an informant for the FBI. But Marc isn’t your typical informant for the FBI, his behavior is erratic, absurd and questionable, and as the movie goes along; you find out more and more about Marc. Marc gathers hours of tape, and deals with the FBI for over 2 or 3 years; and the FBI are set to bring down the executives of the company…except the shit hits the fans. All the attention is now on Marc who had lied about a few things, and things just get worse and worse.

I didn’t know anything about The Informant or the story before I saw it. I never read the true story behind this so everything came as a surprise to me. The character that Matt Damon portrays is (sort of) likable but comes across very annoying. I know it’s bad to say that for someone with manic depression/bi-polar disorder but that’s the case. I think things were dramatically increased in the movie than in real life to make the movie funnier and entertaining. It’s a movie that’s funny, but at the same time I felt like I shouldn’t be laughing at someone who’s this stupid and has a disorder. The opening disclaimer pretty much said this movie is meant to be entertaining and not served as a documentary…so there! The music was composed brilliantly by Marvin Hamlisch, and it heightens the comedic effect. This is a perfect example of a score adding to the movie. If a dramatic score was added, this wouldn’t be considered a comedy at all I think. But having a hoe-down, fiddle tune while Marc is getting a lie detector test proves it’s a comedy. The music felt like those cheesy 70s instructional videos you were forced to watch in school. The Informant felt like watching The Insider, but if that insider was played by Michael Scott of the Office. This is cringy comedy folks!

I’m not sure I liked the way the film was shot visually. Honestly, Soderbergh makes the 90s look like the 70s. Only we have computers and cell phones, and newer cars. But I had to keep reminding myself that this wasn’t taking place in the 70s. But then again, maybe Soderbergh was making a point saying the 90s was just as bleak as the 70s, especially in a rural town of Illinois. Another complaint I had with the direction/editing was perhaps trimming story the length of it. The plot starts to lose focus and get a tad boring in spots.

I don’t think everyone will like the Informant; I still don’t know if I even do. I don’t know if I’ll end up watching this again anytime soon but I thought the movie was funny and an overall good movie. Deleted scenes are the only extras on the DVD, and they weren’t that special. In fact, I don’t even really remember them. But if you enjoy Steven Soderbergh movies, and like Matt Damon; I’d definitely check this one out. 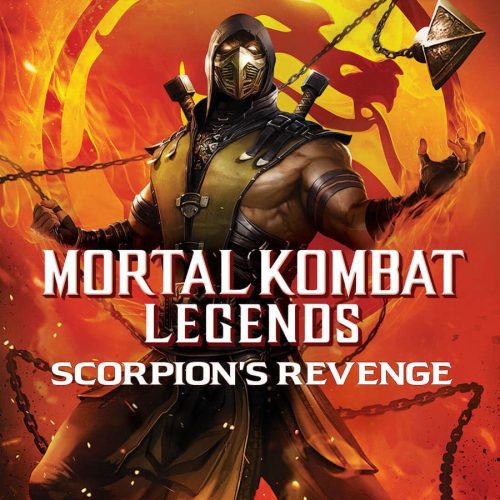 Joel McHale’s The Soup is ending on December 18th 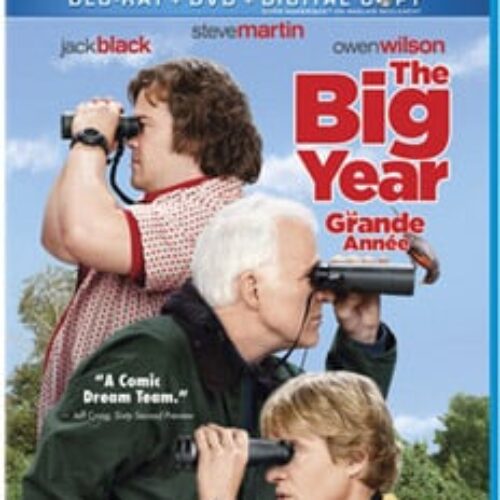